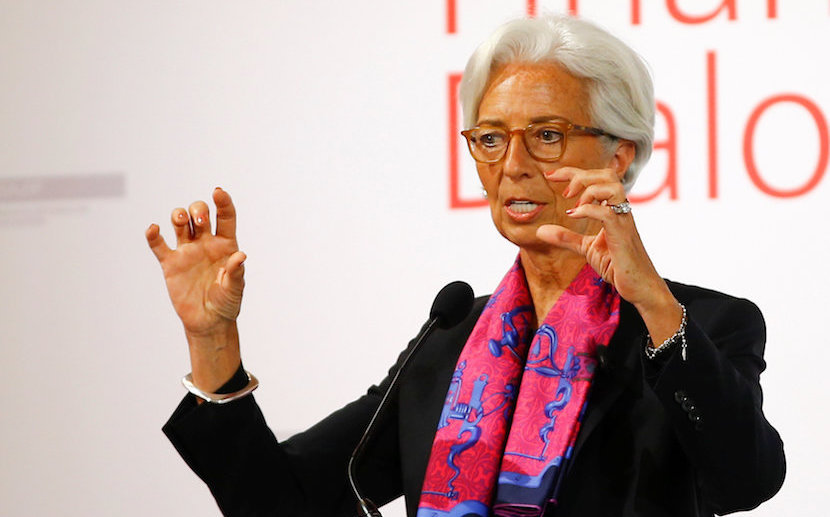 The South African economy’s corruption-fuelled slide was highlighted yesterday by an update from the International Monetary Fund. In October last year, the IMF forecast SA would grow 1.3% in 2016. In January, a month after the Nenegate shock, the Washington-based body halved its forecast to 0.7%. Yesterday that was slashed to just 0.1%. Put differently, in the last seven months, R61bn which the IMF expected would be added to the SA economy this year has simply disappeared. That’s a lot of dosh. Especially for a country with massive social needs which relies on importing foreign capital for its economic growth. But capital is cowardly; it only flows to places where where it is safe and has a good chance of growing. It is easily scared away by political mismanagement and, in SA’s case, industrial scale corruption emphasised by Nenegate. As details behind that extraordinary week last December emerge, they confirm the blindlingly obvious – Finance Minister Nhlanhla Nene was fired because he tried to stop plundering of the public purse by SAA chairman Dudu Myeni which was itself a prelude to the infinitely bigger bribes that will be paid in the proposed nuclear deal. Joining the dots brings us to an obvious conclusion – in 2016 alone, greed of SA’s politically connected elite cost the country R61bn in foregone growth. South Africa deserves better than this. – Alec Hogg

The IMF’s concern came as it downgraded its growth outlook for South Africa to 0.1% for 2016 on Thursday, lower than Treasury’s 0.9% forecast.

“The reason why we’re projecting this very slow growth is that the shock from commodity prices is still reverberating throughout the economy,” she said.

“We’re seeing many firms having reduced profitability, not just in the mining sector, but in several other sectors,” she said. “And we’ve seen a lot of retrenchments unfortunately, so unemployment is actually rising.”

South Africa’s unemployment rate increased by 2.2% in the first quarter of 2016 to 26.7%. During that time, the economy shed 15 000 jobs in all sectors, except construction and community services.

However, Papi said there were some domestic policy shocks that also contributed to the weaker forecast. “We’ve had a confluence of shocks on an already weak economy,” she said.

“The leadership changes at Treasury in December really shook investor confidence,” she said, referring to President Jacob Zuma’s decision to fire respected Finance Minister Nhlanhla Nene and then switched his replacement four days later with Pravin Gordhan after pressure from his party.

Explaining how this political uncertainty was negative for South Africa’s growth prospects, Papi referred to investor confidence and issues around trade export.

“The Bureau of Economic Research has a survey … which asks firms what are their main constraints that they are facing,” she said. “Now, more than 80% of the firms responding to this survey suggest that the general political environment is a concern.

#IMF cuts #SouthAfrica’s GDP forecast to 0.1% for 2016. And with population growth at 1.7%, it’s young jobseekers that will bear the brunt.

“It’s an issue, because it affects investor confidence (and) it makes people want to wait when they are uncertain about what’s going to happen. Investors in particular, (who) have large start-up costs, tend to wait and not invest. In fact, we’ve seen very weak private investment for some time in South Africa.

“Some work we have done also shows that this high policy uncertainty has a negative impact on exports.”

Nine-point plan to the rescue

The Treasury responded to the report on Thursday, highlighting government’s much talked-about nine-point plan that would focus on implementing structural reforms.

“We recognise, as articulated in the IMF report, that a comprehensive package of structural reforms is necessary to increase growth, create jobs and lower income inequality,” the Treasury said in a statement.

“These (nine-point plan) programmes are further supported by government collaboration with the private sector through various work-streams to boost economic growth,” it said.

“These interactions are already bearing fruit, for example the creation of a SMMEs venture fund, which provides start-ups with access to funding as well as mentoring by seasoned business leaders.

“In the longer-term, South Africa will benefit further from a solid foundation of a strong institutional framework, which promotes accountability and transparency as well as prudent fiscal and monetary policies.

“As a country, we will use these positive developments and the contributions of partners such as the IMF to work even harder together to move South Africa forward.” – Fin24