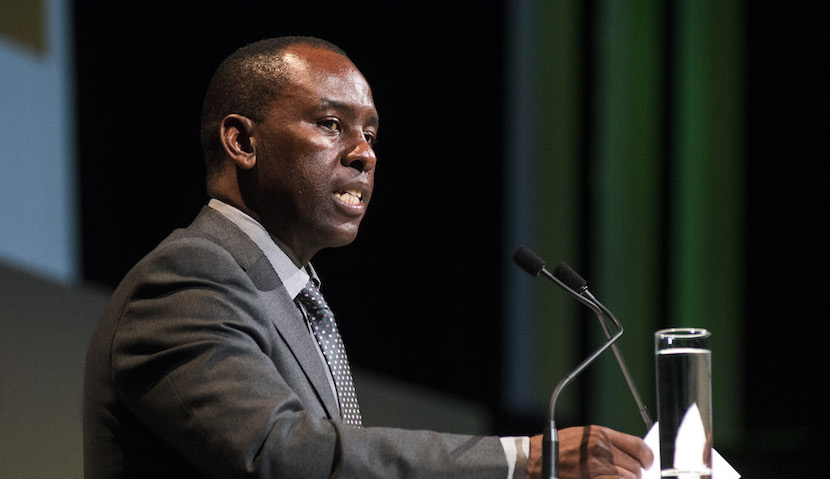 South Africa’s Mining Minister Mosebenzi Zwane, whose academic qualification is a secondary teacher’s diploma, has come a long way in a very short time. Elevated from a lowly position in the Free State Provincial Government a year ago, a favourite of President Jacob Zuma is now an expert on the financial system. His statement issued on Thursday night (read below) recommending a Judicial Enquiry into SA’s banking sector will send more shock waves into already jittery markets. More so that it makes specific mention that the man under whose remit banks currently fall, Finance Minister Pravin Gordhan, did not participate in either the investigation or conclusions reached by Zuma’s speedily appointed “Inter-Ministerial Committee”. Also troubling is how all of this effort and the considerable additional costs to taxpayers is based on perceived sleights to Zuma’s friends, the crony capitalist Gupta family whose bank accounts were closed earlier this year. Zwane is closely associated with the Guptas, directly assisting in negotiations to buy multinational Glencore’s Optimum Coal Mine. This week Optimum emerged from “business rescue” and has been financially supported by state-owned electricity utility Eskom, whose board includes Gupta mothership director Mark Pamensky. Zwane’s statement was released after former SA Reserve Bank governor Tito Mboweni made a public appeal to the country’s leadership to bring themselves up to speed with the history and workings of Sarb. The madness continues.  – Alec Hogg

Issued by the Department of Mineral Resources

Statement of the chairperson of the inter-ministerial committee set up by Cabinet to consider the implications of the decisions of certain banks and audit firms to close the accounts of and/or withdraw auditing services from Oakbay Investments.

On 13 April 2016, Cabinet established an Inter-Ministerial Committee (IMC) to consider allegations that certain banks and other financial institutions acted unilaterally and allegedly in collusion, when they closed bank accounts and/or terminated contractual relationships with Oakbay Investments. The IMC was chaired by myself as the Minister of Mineral Resources.

The situation warranted close scrutiny by Government because of the impact that the actions would have, not only on job losses for 7 500 South Africans but also the impact that it would have on investor confidence.

After chairing that IMC on the Guptas, Mosebenzi Zwane will be your new finance minister.

The IMC conducted a number of meetings with various banks, financial institutions and insurance companies as well as with representatives of Oakbay Investments. Although the Minister of Finance was a member of the constituted IMC, he did not participate in its meetings.

A Report of recommendations was tabled at Cabinet. After discussion of the Report,

Mosebenzi Zwane has come out of his cave to protect his handlers.

Cabinet has now resolved as follows:-

It was further agreed that the IMC would monitor the process of finalising these matters and would report-back to Cabinet on their progress.