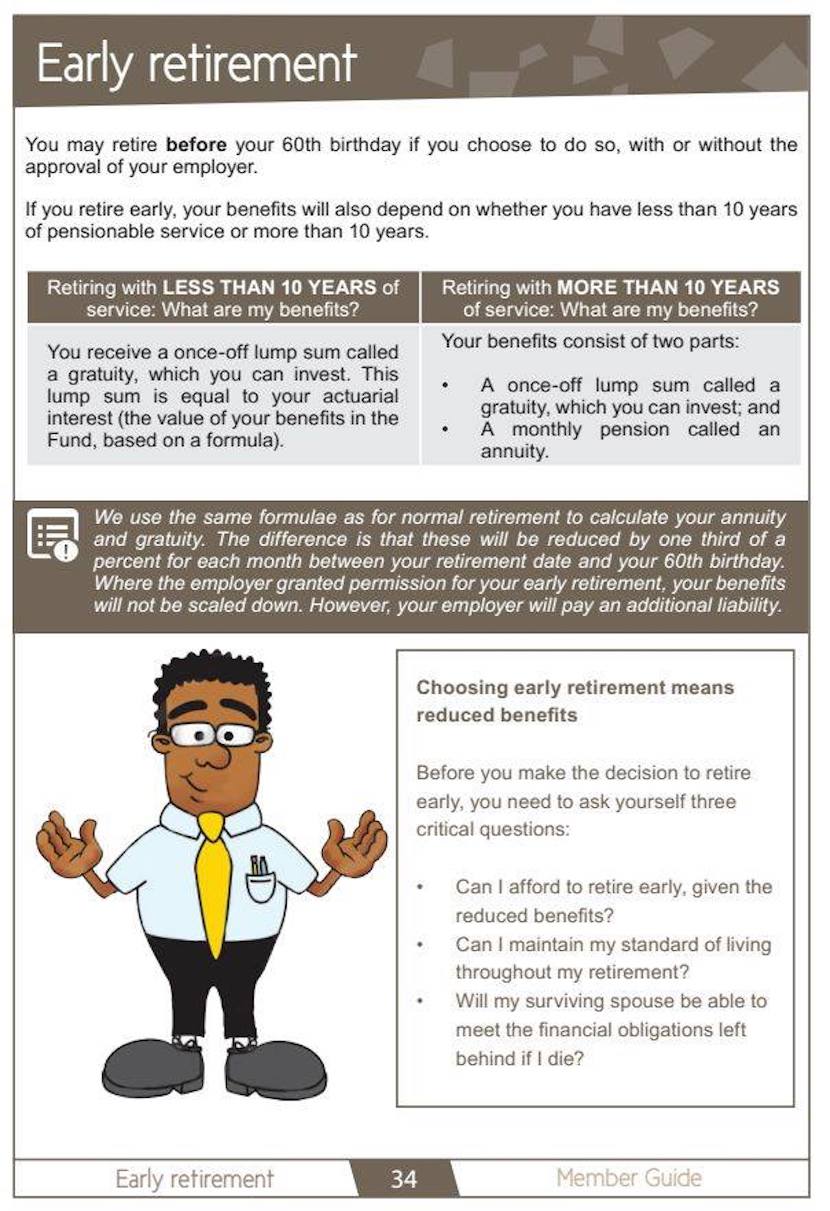 In his eagerness to serve political masters, the NPA chief has handed their enemies compelling evidence that he is on a crude vendetta against Gordhan based on trumped up criminal charges. The FinMin described the summons as being “politically contaminated”.

By setting a Pretoria Magistrate’s court date, Abrahams has unwittingly provided the citizenry with an opportunity to show their growing frustration – in much the same way as they did in the August vote when ejecting the ANC from ruling three major metropolitan areas.

At best, the NPA’s charges against Gordhan reflect incompetence. At worst, Abrahams has been played like a cheap guitar by trying to claim there was criminal fraud by the top three at SA Revenue Services when the organisation paid an additional R1.14m into the Government Employees’ Pension Fund (GEPF) at the time of Pillay’s early retirement.

It’s all there in brown and white below – the relevant section in the GEPF’s own booklet dealing with early retirement of State employees. The relevant sentences (just above the cartoon) read “Where the employer granted permission for your early retirement……your employer will pay an additional liability.”

Our understanding is that there have been 3 000 identical cases this year alone where early retirement by a public servant has required their branch of the State (the employer) to contribute “an additional liability” to the GEPF.

Already firebrand EFF Leader Julius Malema is calling for the public to take to Pretoria’s streets on Gordhan’s court date of November 2 “in support of our democracy” – and an opportunity to protest against the increasingly unpopular Zuma Administration. Others, including leaders from the civic society are sure to follow suit.

02 November 2016, all those who love our country and its constitution must occupy the streets of Pretoria in support of our democracy.

The NPA’s levelling of a criminal charge against Gordhan caused the Rand to lose 50c against the US Dollar yesterday and sent interest rate sensitive shares into a tailspin.

In the wake of the escalation of the war against the respected Finance Minister, the markets are anticipating the country’s debt will become classified as “junk” and a resulting rise in interest rates. That will hurt debt-laden consumers and already struggling business and put further pressure on a pedestrian economy.