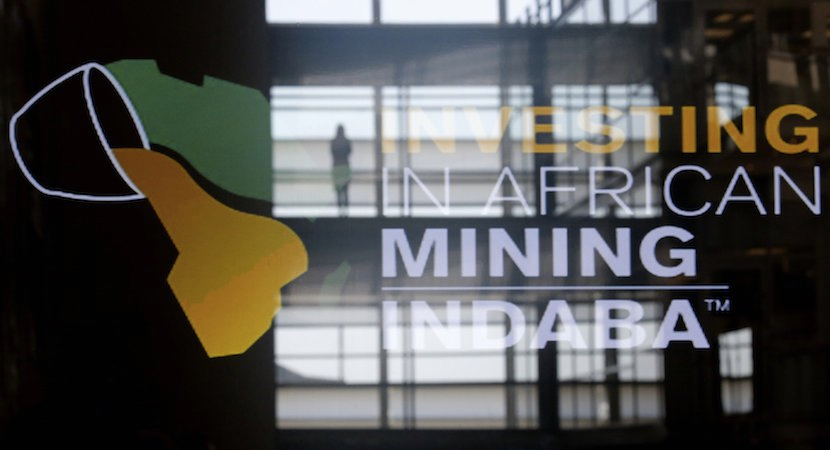 Mining in South Africa is harder and costlier than ever and industry investments are flowing outwards instead of inwards – that’s the uncomfortably warm water delegates to the annual Mining Indaba in Cape Town will be swimming in this week. Some key messages are likely to emerge – but the pleas from the mining captains extracting the ever-diminishing riches from down deep are unlikely to fall on receptive ears as government continues to push hard on ownership empowerment, equity and safety, not to mention wages. A quick read of how quickly the ANC folds around election time, throwing ethics, integrity and procedure to the winds when it comes to appeasing rampant unions, will tell you how unlikely any movement is on the wage-curbing front. So where else can the industry push back in their desperate attempts to stop the plunge from global supremacy in the production of key minerals to mediocre investment interest? That will be the central question delegates wrestle with. Already some of the top mining executives are appealing for ‘less stick and more carrot,’ as transformation legislation looms. They want more State support to bolster the economy and to continue providing jobs. The irony being that the harder they pushback (as in converting to cutting edge mining technology and automation), the more resistance they’ll meet. – Chris Bateman

by Kevin Crowley and Thomas Biesheuvel

(Bloomberg) – With its iconic mountain, beaches and vineyards, it’s easy to attract global mining bosses and fund managers to Cape Town. Yet as thousands of executives, shareholders and officials flock to South Africa for the annual Mining Indaba, the industry’s investments are flowing the opposite way.

A mix of shrinking reserves, rising labor costs, frequent stoppages and regulatory uncertainty has prompted major miners to rethink their presence in the country, home to the world’s largest platinum, chrome, and manganese reserves and the source of one-third of all gold ever mined.

Anglo American Plc, once a keystone of the economy, is selling half its assets in the country, while BHP Billiton Ltd. and Gold Fields Ltd. both spun off their local operations in the past four years. AngloGold Ashanti Ltd. tried to do the same. South Africa, which was the world’s largest gold producer for a century until 2007, has now dropped to sixth place.

“They’re difficult mines in a tough operating environment with wage inflation constantly eating away at margins,” said Neil Gregson, who manages about $2.5 billion of natural-resources stocks at JPMorgan Asset Management in London. “Increasingly, you need specialized management teams to run those assets. We don’t see any growth there.”

About 6,000 attendees are expected at the Mining Indaba, which starts Feb. 6. Executives from companies including Anglo American, Rio Tinto Group, AngloGold Ashanti and South32 Ltd. are scheduled to speak at the event, Africa’s biggest resource industry conference.

As the largest miners shift their priorities elsewhere, investors are valuing South Africa-focused stocks more cheaply than global peers. The FTSE/JSE Africa Mining Index trades at 1.3 times book value, compared with 1.9 times for the Bloomberg World Mining Index. The measure for South African stocks has been at a discount to the figure for the global index for the past five years, except for during one month in 2013.

Even Sibanye Gold Ltd., the locally focused spin off from Gold Fields, chose to go to the U.S. for its largest acquisition to date. The company had previously stated its intention to buy in its home country or elsewhere in Africa and took investors by surprise in December with a plan to buy Montana-based Stillwater Mining Co. for $2.2 billion.

“They’ve chosen to go overseas for the acquisition rather than something closer to home, it shows you how politically difficult it is to close things in South Africa,” said Michael Rawlinson, co-head of metals and mining investment banking at Barclays Plc, which lends money to Sibanye.

Many of the South African mining industry’s problems stem from its turbulent and oppressive past. Mines, particularly gold, were largely built on the basis of cheap labor, minimal safety standards and plentiful electricity, with profits flowing to their white owners to the exclusion of the black majority. White minority rule under apartheid ended in 1994.

To redress the inequity of apartheid, the government wants mining companies to be 26 percent owned by black investors, even if those investors later sell their stakes. Companies argue this will lead to continual dilution.

“Security over tenure is a concern for us,” JPMorgan’s Gregson said.

After more than a century of intensive mining, resources have been depleted, unions have commanded above-inflation wage increases, safety breaches are drawing increased scrutiny from government and power is increasingly expensive. The industry made its first net loss since at least 2009 in the year through June, as commodity prices plunged, according to PricewaterhouseCoopers LLP.

Gold production in the country declined by almost half to 144.5 metric tons and output of platinum-group metals dropped 11 percent in the decade to 2015, according to the Chamber of Mines. Labor costs, which make up a third of the industry’s overall expenses, almost tripled to R117 billion ($8.8 billion) a year. Still, mining makes up about half of the country’s export earnings. 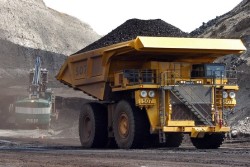 The government has also irked companies by imposing what they say are unnecessary safety stoppages that cost production. At up to 4 kilometers (2.5 miles) below ground, the country’s gold mines are the deepest and among the most dangerous in the world, typically employing thousands of workers mainly using hand-held drills.

If international investors and mining companies are deterred by South Africa’s challenges, locals may be willing to step in. Patrice Motsepe, executive chairman of African Rainbow Minerals Ltd. and who had success buying unwanted gold mines in the late 1990s, said last month he’s once again looking to snap up unloved South African assets.

“South Africa has good infrastructure, it’s got great technical skills, it’s got a long history of mining,” Barclays’s Rawlinson said. “But that long history means the best deposits have already been developed. To compensate for that it needs to be easy. That easiness is gone.”