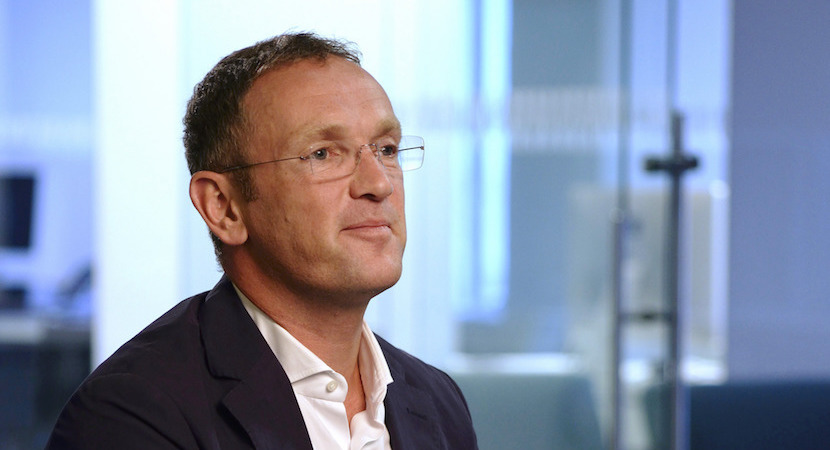 LONDON — Once upon a time, Allan Gray was South Africa’s most admired money manager. I’m not so sure anymore. It has been almost a decade since the late Simon Marais and his right hand Stephen Mildenhall left the ship. And the man after whom the firm is named departed years before that for Bermuda. Marais and Mildenhall understood that only in exceptional circumstances should a money manager interfere in the running of businesses. If they didn’t like what managers were doing, they voted with their feet by selling out. This humility is not shared by their successors. The firm’s public flip-flopping over Net1 smacked of playing to the gallery. Construction industry insiders are appalled at Allan Gray’s recent behaviour at Group Five. Now these worthies are agitating against Naspers, the most successful stock to ever grace South African portfolios. Allan Gray is stirring up a campaign against CEO Bob Van Dijk, claiming he is overpaid and has done little to earn his keep. They are dead wrong. It was Van Dijk who engineered the Naspers investment into Frankfurt listed Delivery Hero, generating a rapid fire R1.5bn profit for the group. He, too, is behind the hugely successful bet on India’s Flipkart. Also, Van Dijk, like his predecessor Koos Bekker, has steadfastly resisted continuous demands by money managers like Allan Gray for Naspers sell its TenCent holding to “unlock the discount”. Buckling to those short-term trading instincts would have been hugely wealth destructive for shareholders. In effect, Allan Gray’s response to all this is to encourage Bekker’s carefully selected successor to take his world class talents to where they are better appreciated. We suggest it would be much better for Allan Gray to stick inside its circle of competence and, especially, to look in its own back yard. We’re still awaiting a response to allegations of the firm’s massive profiteering through the “fee clustering” practices exposed by 10X’s founder Stephen Nathan. These claims have been studiously ignored in the apparent hope that the public will simply forget. Having known him well, I’m sure none of this would have happened under former chairman Simon Marais’s watch. – Alec Hogg

(Bloomberg) – Naspers Ltd. shareholder Allan Gray Ltd. plans to vote against the remuneration policy of Africa’s biggest company because it isn’t aligned to the performance of the media and internet business outside a stake in Chinese giant Tencent Holdings Ltd.

Naspers paid Chief Executive Officer Bob van Dijk $2.2 million in the year through March, an increase of 32 percent, and awarded him $10.4 million in long-term share options. That corresponded with a period in which the Cape Town-based company reported a trading profit of $2.75 billion – or a loss of $379 million when Tencent is stripped out.

The pay plan “is not aligned with shareholders’ interests, the disclosure is poor, and the performance targets appear to be very easy to achieve,” Pieter Koornhof, investment analyst at Allan Gray, said in emailed comments. “On top of that, they are now also proposing to shorten the vesting periods for the long-term incentives.”

Allan Gray owns about 2.3 percent of Naspers stock. Its objections were first reported by Business Day newspaper. The Public Investment Corp., Africa’s largest money manager, is the largest shareholder with an 13 percent stake, according to data compiled by Bloomberg.

Naspers’s board believes its remuneration policy and practice are “fit for purpose and compare well to those of many of our global peers,” Van Dijk said in an emailed response to questions. “While we have increased our disclosure this year compared to previous years based on earlier shareholder feedback, there is always room for further improvement, which the remuneration committee will carefully consider before the publication of our next integrated report.”

Naspers hit the jackpot when a 2001 investment in then-unknown Tencent grew into a 33 percent stake in the WeChat creator worth about $131 billion. The stake is, however, now worth more than Naspers’s market capitalization, putting pressure on the company to get more out of a portfolio of other businesses that range from education software in the U.S. to pay-TV in sub-Saharan Africa.

Allan Gray, also based in Cape Town, is earning a reputation for agitating for change at South African listed companies after successfully pushing for a boardroom shake-up at engineering firm Group Five Ltd. The money manager has also spoken out against the running of welfare-payment provider Net1 UEPS Technologies Inc.