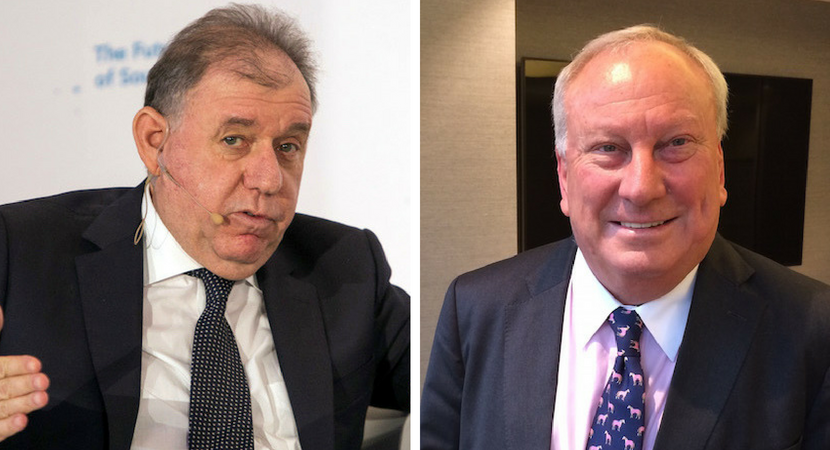 JOHANNESBURG — Investec’s share price was up over 8% to just over R102 amid this announcement during trade on Friday morning, to a two-year high. The plan will see Investec Asset Management list on the London Stock Exchange along with an inward listing on the JSE and is expected to unlock further value for Investec Plc shareholders. – Gareth van Zyl

(Bloomberg) – Investec Plc is spinning off its asset-management unit after a strategic review found there is little synergy with its banking and wealth and investment divisions. The stock rallied the most in nine years.

Investec Asset Management, which oversees 109 billion pounds ($143 billion) across its offices in the U.K., South Africa, Australia and the U.S., will be headed by the money manager’s founding chief executive officer, Hendrik du Toit, Investec said in a statement on Friday. The remaining businesses will be headed by Fani Titi.

The company plans to trade the money manager ’s securities in London with another listing in Johannesburg as Investec’s founding chiefs, Stephen Koseff and Bernard Kantor, prepare to step down next month after more than 40 years with the company. It follows a similar step by Deutsche Bank AG, which in March spun off its asset management unit, and a split by Old Mutual Plc that broke up its U.K. wealth management and African banking and insurance businesses.

This is a “very positive” move that will help Investec Asset Management achieve a higher valuation than within the larger group, said Richard Hasson, a money manager at Electus Fund Managers in Cape Town. Investec Asset Management “has been one of the biggest asset gatherers as a percentage of their assets under management over the last 10 years so it really has been a good story.”

Investec Asset Management accounted for about a third of operating profit in the 12 months through March. The division will probably report earnings for the six months through Sept. 30 that will be “ahead of” the year earlier period, following net inflows of 4.4 billion pounds, Investec said in a separate statement.

Investec’s specialist banking division, which accounts for more than 70 percent of its operating earnings, will also post better fiscal first-half profit than a year ago, mainly because of an improved performance from its UK business. Wealth and investment is lagging last year’s interim earnings, Investec said.

‘One of our children’

The separation of the asset-management unit will support the next phase of its development, Koseff and Kantor said in the statement. While the precise mechanics of the “demerger and listing” still need to be finalized, the company is hoping to complete within 12 months, subject to regulatory approvals, Koseff said on a conference call.

“It is like letting one of our children go,” he said. “We have been building this business with Hendrik for the past 28 years.”

The management of Investec Asset Management will retain their stake in the business, while Investec may keep a minority stake in the money manager, the company said. JPMorgan Chase & Co. and Fenchurch Advisory Partners Ltd. are advising on the transaction.

Following the Group’s announcement on management succession made in February 2018, the Joint Chief Executive Officer (“CEO”) Designates, Fani Titi and Hendrik du Toit, have been working closely with the Investec Board (“Board”) and current members of the Group executive (Stephen Koseff, Bernard Kantor and Glynn Burger) in order to ensure a smooth transition of leadership. In conjunction with this process, the Board together with the executive directors, have conducted a strategic review of the Group to ensure that it is positioned to enhance the long-term interests of shareholders, clients and employees.

Through the strategic review the Board has reached the following conclusions:

The Board has further concluded that it is now appropriate to demerge and publicly list IAM (“the Transaction’”). The Investec Specialist Banking and Investec Wealth & Investment businesses will remain part of the Group’s current Dual Listed Companies structure (“the remaining Group”). The Board believes that this Transaction simplifies the Group and focuses IAM and the remaining Group on their respective growth paths, which will enhance the long- term prospects and potential of both businesses for the benefit of their shareholders, clients and employees.

IAM is an independent and successful global asset manager that has grown third party assets under management from GBP40 million in 1991 to GBP109 billion as at 31 August 2018. IAM has organically grown third party assets under management at an annual compound rate of 13.7% over the last ten financial years. IAM’s global investment platform offers specialist investment products and services. It serves its global client base through five geographically defined client groups. Its principal offices are in London, Cape Town, New York, Sydney, Hong Kong, Singapore, Luxembourg, Guernsey, Windhoek and Gaborone. IAM’s clients include some of the world’s largest private and public sector pension funds, financial institutions, corporates, foundations, central banks and intermediaries serving individual investors. As an independently listed company, IAM will be better positioned to accelerate its growth and have an enhanced ability to attract and retain investment talent.

The remaining Group comprises a specialist bank and wealth manager, with an attractive mix of client franchises and a sound balance sheet. Over the past few years the remaining Group has focused on simplifying its banking businesses, divesting non-core businesses, expanding its wealth management platforms and investing for future growth. The strategy going forward is to drive improved returns through growing market share in its niche businesses, enhancing its digitalization offering, attracting discretionary funds under management, implementing cost efficiency initiatives and driving further collaboration between the Specialist Banking and Wealth & Investment businesses. The remaining Group is well positioned to deliver on these objectives and increase its return to shareholders over the medium term.

Board roles and management succession

Fani Titi and Hendrik du Toit will become Joint CEOs of the Group on 1 October 2018. Kim McFarland will also become an executive director of the Group Board on that date. Ciaran Whelan will assume his role as Global Head of Risk on 1 April 2019.

Stephen Koseff and Bernard Kantor will step down from their roles as CEO and Managing Director, respectively, on 1 October 2018. From that date they will continue to serve as executive directors with primary responsibility for assisting the incoming Joint CEOs until completion of the Transaction.

Regulatory and other approvals and additional information

The Transaction is subject to regulatory, shareholder and other approvals and is expected to be completed within the next twelve months.

The precise mechanics of the demerger and listing will be communicated in due course. It is intended that IAM will be listed on the London Stock Exchange with an inward listing on the JSE Limited. The IAM management stake in the company will be retained and the remaining Group may retain a minority stake in IAM. Post the implementation of the transaction, shareholders of the Investec Group will have a direct shareholding in IAM in addition to their holding in the remaining Group.

The Board will provide further information on the Transaction and its progress during its implementation, as it is able to do so.

The Board has engaged J.P. Morgan Cazenove and Fenchurch Advisory Partners as financial advisors in relation to the Transaction.

“Our individual businesses are well-positioned strategically, with strong market positions and good prospects. It is now the right time to demerge and list our asset management business to support it in the next phase of its development. In recent years we have also made good progress in expanding our banking and wealth management franchises in our two key markets and improving their operational and financial performance. We believe the Transaction will allow these businesses to fulfil their full potential and shareholders will benefit from future value creation through direct ownership of two separately listed companies.”

“We are confident that the proposed demerger and listing of IAM provides the simplicity of structure and focus to enhance the long-term prospects of IAM and the remaining Group for the benefit of our shareholders, clients and employees. Investec has a heritage and culture of which we are proud, shaped by the dedication and commitment of our employees and the support of our clients. We look forward to working closely as Joint Group CEOs during this phase of our evolution and to implement this Transaction which we expect will create significant shareholder value over time.”

The person responsible for arranging the release of this announcement on behalf of the company is David Miller, Company Secretary of Investec plc.