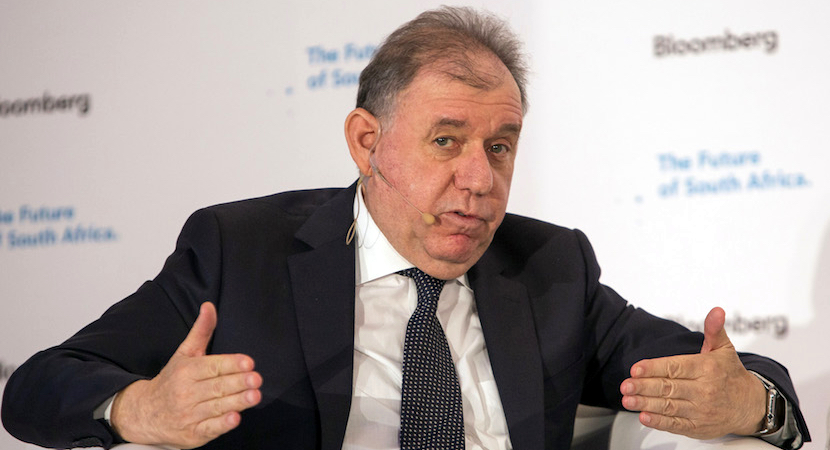 JOHANNESBURG — Stephen Koseff, the Chartered Accountant who hails from Benoni, delivered his last set of full-year results as Investec CEO today. A legend in South Africa’s corporate world, Koseff will be moving on from Investec in October this year after building it up over a 40-year period. And the bank today surprised the market with a better-than-expected profit. – Gareth van Zyl

(Bloomberg) – Investec Plc Chief Executive Officer Stephen Koseff, who is stepping down in October after 40 years of helping build the bank and money manager, delivered his final set of full-year results on Thursday with profit numbers that fell just shy of estimates.

Adjusted earnings per share for the 12 months ended March 31 on a statutory basis rose 10 percent to 53.2 pence from a year ago, the London and Johannesburg-based lender said in a statement on Thursday. That compares with the 53.9 pence median average of four analysts surveyed by Bloomberg.

Koseff, 66, and Managing Director Bernard Kantor, 68, said in February they would relinquish their roles this year. They’re handing over to Hendrik du Toit, the founding CEO of Investec Asset Management, who will oversee the business from the U.K., and Fani Titi, who will step down as Investec’s chairman to take the helm from the South African side.

“Whilst the complexities of Brexit continue to cause uncertainty in the U.K. economy, the final quarter of the 2018 financial year has started to see an uplift in the South African economic outlook,” the company said.