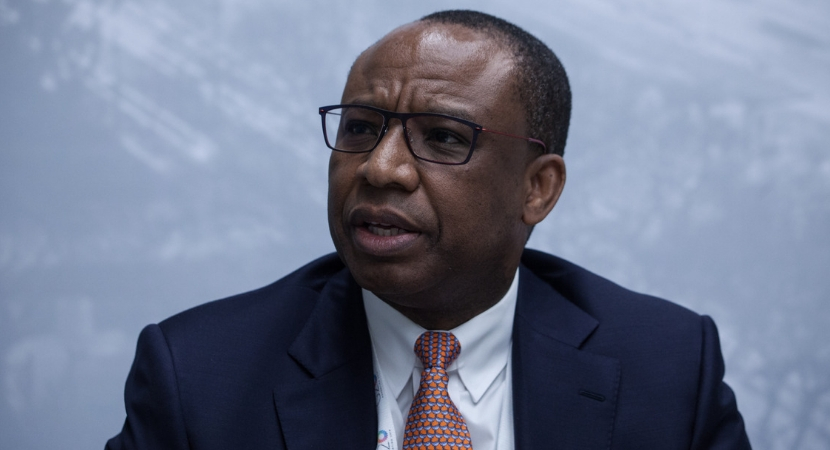 JOHANNESBURG — If the speculation is true, then Absa is one step closer to getting its first ever black CEO. Bloomberg is reporting that SARB Deputy Governor Daniel Mminele is being considered for the role. Mminele would take over from Maria Ramos. Both Ramos and Mminele are among the brightest minds in banking in SA. Absa’s share price on the JSE was up just over 3.4% on the news on Thursday. The key question now is where will Ramos end up next? – Gareth van Zyl

The country’s third-largest lender is seeking a permanent replacement for Ramos, who is stepping down later this month after a decade in charge. Her successor will be responsible for leading Johannesburg-based Absa as it embarks a new era, after former parent Barclays Plc sold down a majority stake.

Mminele is one of a select number of shortlisted candidates for the job, said the people, who asked not to be named as the deliberations are private. The 53-year-old has been a deputy governor of South Africa’s Reserve Bank for almost a decade and is responsible for financial markets and international-economic relations. He has worked at the institution in various positions since 1999. His current term expires in June, and he would be subject to six months of so-called gardening leave.

Daniel Mminele probably a safe pair of hands for Absa but then they’ve had that before and need a rainmaker. Mminele, who has has significant commercial banking experience in Germany, may be the answer? He Also once specialised in lending to UK power companies!

“I will not comment on market speculation,” Mminele said in Cape Town, when asked if he is a candidate for the position. Absa declined to comment.

Mminele was educated in Germany and at the London Guildhall University before stints at African Merchant Bank Ltd. and Commerzbank AG. He was seen as one of the favourites to succeed Gill Marcus as head of the central bank in 2014, a job that went to Lesetja Kganyago. If appointed by Absa, he would be the lender’s first black CEO in its history.

Absa executives are making plans to increase market share in South Africa in the aftermath of Barclays selling down its controlling stake, particularly in the mortgage industry. The lender is prepared to take on more risk to make up ground lost under the wing of the UK parent, which took a majority stake in 2005, retail and business banking head Arrie Rautenbach said in an interview last month.

Ramos will be replaced on an interim basis from March 1 by René van Wyk, a former colleague of Mminele’s at the Reserve Bank.

The outgoing CEO – who helped draw up South Africa’s constitution and served as a director-general at the Ministry of Finance under the late President Nelson Mandela – led Absa through a number of milestones including the financial crisis and acquisition of eight of Barclays African units for R18.3bn ($1.3bn) in 2013.