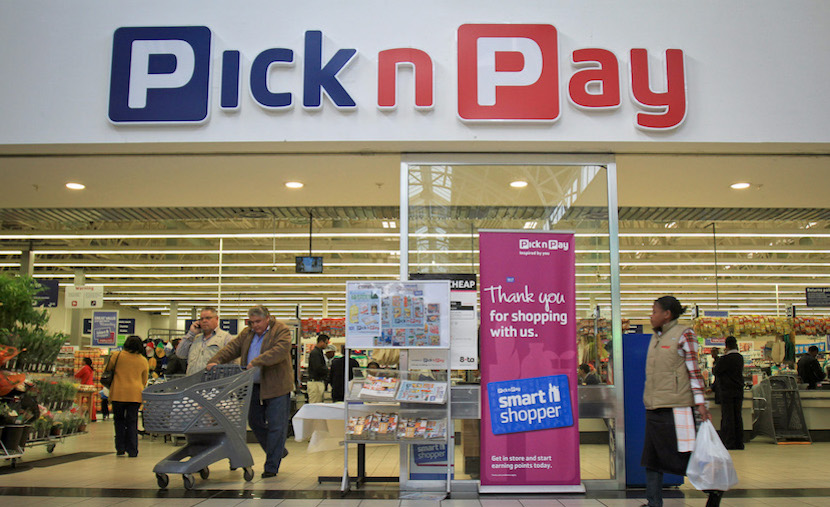 The ban on alcohol and tobacco, a decrease in clothing sales and voluntary severance payouts have led to a plunge in earnings for Pick n Pay of more than 50% in the first-half. According to Reuters, the nationwide lockdown, coupled with President Ramaphosa’s ban on non-essential items has hit the supermarket chain hard. Non-essential items account for about 20% of Pick n Pay’s group revenue, due to higher gross profit margins compared to basic food and grocery lines, it says. In addition to this, over 1,400 employees have the left the group, opting for its voluntary severance programme launched in March. On Monday, Pick n Pay clothing launched its online store with deliveries available nationwide. Still, the retailer said headline earnings per share for the 26 weeks to 30 August, would be down more than 42.52 cents from 85.03 cents reported in the previous year. Find the group’s earnings update below. – Nadim Nyker

The Pick n Pay Group has made excellent progress in delivering the objectives set out in its long-term plan to build a more effective, agile and profitable business, closely attuned to the needs of its customers.

Over the past four months, this has enabled us to play a vital role as one of South Africa’s essential services during the National State of Disaster, supplying millions of customers with the food and groceries they need during the nationwide lockdown. In a highly disruptive environment, Pick n Pay and Boxer stores across the country have maintained the highest possible standards of hygiene and safety, operational stability across our business and network, and very high levels of product availability.

Consumer spending on core food and groceries has remained resilient over the past four months, despite the physical disruption and the substantial financial pressure that the COVID-19 pandemic has placed on most households.

As well as delivering for customers through the crisis, the Group continues to make progress on its long-term plan. Project Future, launched in January this year, is achieving greater productivity across the Group’s operations, and creating more headroom to deliver even better value to customers. By maintaining its strategic focus, the Group will be well-positioned to achieve further sustainable growth once the crisis has abated.

However, shareholders are advised that – notwithstanding the Group’s operational effectiveness, progress in achieving its plan, and continued focus on its strategic objectives – three factors will have an impact on the Group’s profitability in the first half of its FY21 financial year:

1. Trading restrictions as a result of government regulations designed to slow the spread of COVID-19

The Group was prohibited from trading in certain key product categories during Level 5 of the government’s COVID-19 Risk Adjusted Strategy, including alcohol, tobacco, clothing, general merchandise and hot foods. These categories make up approximately 20% of our revenues, with higher gross profit margins relative to basic food and grocery lines.

Alongside the substantial impact of these trading restrictions, the Group has experienced some disruption to trade through store closures following the identification of positive COVID-19 cases among staff. In these circumstances, the Group follows strict cleaning and contact tracing protocols, while seeking to re-open stores safely as soon as it is practicable. In addition, restrictions on the number of customers in stores at any given time to uphold physical distancing objectives and requirements have also had some impact on overall sales in stores.

2. Increased cost as a result of the COVID-19 crisis

The Group acted very quickly in the early stages of the crisis to take the measures necessary to keep its stores and distribution centres open, and its staff and customers safe. It introduced and reinforced stringent health and safety standards, including rigorous cleaning and sanitising protocols. Staff were quickly provided with cloth face masks, and clear protective screens were installed at till points. Free sanitising wipes and sprays have been made readily available for customers and staff.

In addition to the costs associated with these actions, the Group paid an appreciation bonus of R1 000 to every front-line colleague across April and May. This was in recognition of their service during very difficult circumstances in the early stages of the crisis.

The Group launched a voluntary severance programme (VSP) in March 2020. Its objective was to ensure that further improvements in the efficiency and productivity in Pick n Pay store and support office functions were translated into permanent employee cost savings. Participation in the programme was entirely voluntary for colleagues, who were offered 1.5 weeks of pay per completed year of service, plus four weeks of notice pay. Over 1 400 colleagues have voluntarily left the business.

The cost of compensation payments to departing employees will be borne in the first half of the Group’s current financial year. However, the programme is expected to be cost neutral for the full FY21 financial year, as compensation packages will be fully recouped through cost savings in the second half of the year. In subsequent years, the reduction in employee numbers will have a positive impact on the operating costs of the Group. Alongside other strategic actions designed to improve the Group’s performance, the VSP is a major step forward in making the business more competitive and more sustainable.

The Group’s FY21 financial year commenced on 2 March 2020, just a few days before the first COVID-19 cases were identified in South Africa, and three weeks before the national lockdown. The Group’s interim results will therefore fully reflect the considerable impact of the crisis to date, including the impact of each of the three factors noted above. As a result, shareholders are advised that there is a reasonable degree of certainty that the Group’s comparable headline earnings per share (HEPS) for the 26 weeks to 30 August 2020, excluding any impact from hyperinflation accounting in Zimbabwe, will be down more than 50% (or more than 42.52 cents) on the reported 85.03 cents of the previous corresponding period.

Shareholders are advised that this statement addresses only the impact of the three developments identified above. The Group will issue a further trading statement in due course, including detail on its underlying trading performance, once the Group is reasonably certain it can provide specific guidance regarding earnings per share (EPS) and HEPS ranges for the 26 weeks ending 30 August 2020.

This earnings forecast does not extend to the full FY21 financial year. As stated above, we expect the impact of the VSP to be cost neutral across the year. While the trajectory and impact of COVID-19 in the coming months remains highly uncertain, the Group is hopeful that many of the costs and trading restrictions which have characterised the first half of the financial year will not be repeated.

“I am very proud of the leadership and dedication shown by everyone in our Pick n Pay and Boxer teams over the past four months. “Through skill and tenacity, our stores have remained open and safe for staff and customers. This is a tribute to our management teams, store colleagues and franchise partners across the country. By working closely with our suppliers and service providers, our stores have remained stocked with the food and groceries that customers need and want. We have shown innovation, for example re-engineering our digital platforms to meet the large expansion in demand for online and click-and-collect shopping.

“The Group has fulfilled its role as an essential service with distinction, and we are particularly proud of the role our Feed the Nation campaign has played in supporting the most vulnerable in our society through this difficult time.

“We have prudently and carefully preserved our cash through tight working capital management and a keen focus on critical capital and operational spend.

“I want shareholders to understand and be reassured that the impact on our first-half earnings that we are announcing today derives solely from the specific circumstances of the pandemic, the impact of measures taken by government and ourselves to mitigate it, and the once-off costs of our VSP which has made the Group leaner and more competitive.

“Our business remains strong and stable, and well-placed to serve customers and shareholders in the future.”

This trading statement has not been reviewed by or reported on by the Group’s auditors.

By order of the Board,