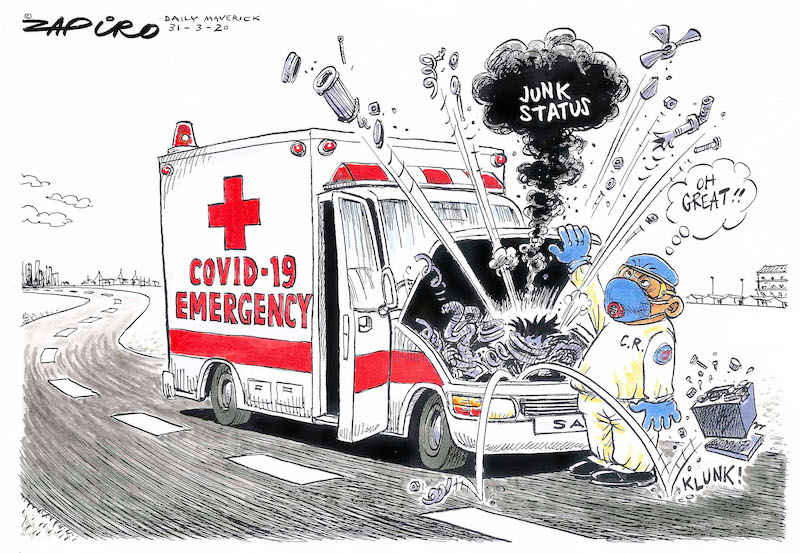 Statistics can be a wonderfully manipulative tool to validate a narrative, especially when singing from the doom mongerer’s hymnbook of the SA economy. For Professor Jannie Rossouw of the University of the Witwatersrand, extrapolating a quarterly Gross Domestic Product (GDP) figure to illustrate annual performance is potentially misleading. The 2020 second quarter did shrink by -51% on an annualised basis, but, measured against the previous quarter, GDP actually declined at a substantially less sensationalist 16.4%. This article, by Africa Check, is re-published here with kind permission. – Derek Alberts

The government agency Statistics South Africa released figures on the country’s gross domestic product for the second quarter of 2020 on 8 September. Many expected the economy to have taken a significant knock during April, May and June when the country was under Covid-19 lockdown.

The figures showed a steep drop in South Africa’s GDP. Stats SA reported an annualised rate of -51% growth in the second quarter of 2020.

The headlines almost wrote themselves as several media organisations rushed to report that South Africa’s economy had contracted by 51%.

Gross domestic product (GDP) is a measure of the size of a country’s economy. It is the market value of all goods and services produced in a given period, usually a year.

In the first quarter of 2020, South Africa recorded a GDP of R3.129 trillion. This figure dropped to R2.617 trillion in the second quarter of the year. This means the economy shrank by 16.4%.

So where does the -51% figure come in? This refers to South Africa’s annualised GDP growth rate. The measure shows what growth would be if the reported quarter-on-quarter growth rate were maintained for a full year.

“If this trend continues for the next three quarters, until the end of March next year, we can say the economy has contracted by 51%,” Prof Jannie Rossouw, head of the school of economic and business sciences at Wits University, told Africa Check. If that happens, South Africa’s GDP will decline to around R1.53 trillion in the first quarter of 2021.

Annualised figures are an internationally accepted method of measuring and reporting on GDP. But Rossouw said reporting on that figure alone was misleading.