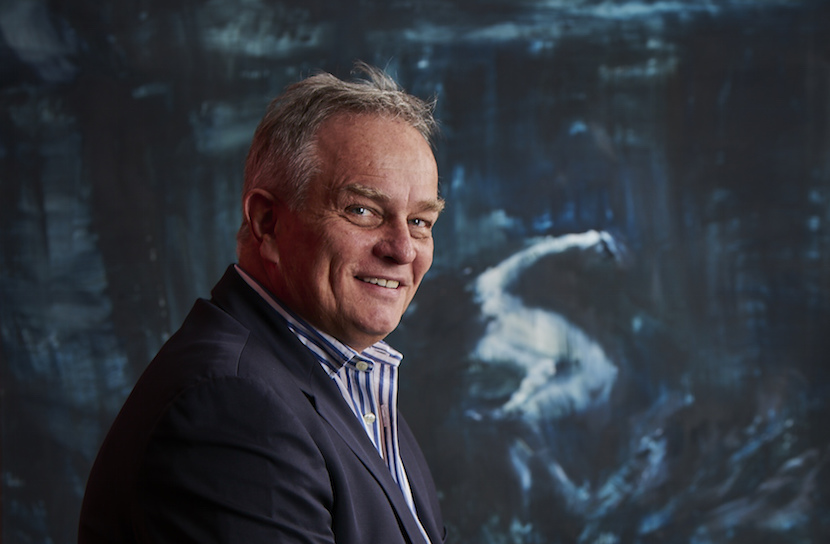 Purple Group founder Mark Barnes is selling his 17.5% share in the company. Barnes unpacks the deal for BizNews, telling founder Alec Hogg that he will remain a significant investor in Purple Group.

Mark Barnes on the EasyEquities deal:

[EasyEquities] was brought to me by Charles Savage and his team. I became principal investor in what was then their company, GT247.com. That has changed and morphed over the last 15 years or so into the mix that it is today – which has, as its leading star if you like, EasyEquities – which, as you say, we own 70% and Sanlam owns 30%.

Charles has established as an extraordinary working relationship with Paul Rutherford, who’s got an exceptional track record in tech-driven businesses. He’d been looking at us and, I think, he intersects with our story. He sees a growth trend that we see. Purple is now over a million registered users, but it’s still really at the beginning of its ambitions, in terms of footprint and client base.

So, we were delighted by his interest and someone had to accommodate him coming in. They’re looking to take up to, about 17.5% – which will make them a very significant shareholder. I believe that it’s absolutely in the best interest of my remaining shareholding. Together with what we still own in that stake and what I own outside of that associate, I still am about the same size as these new shareholders would be. It’s not an offer for sale, but rather an invitation to purchase. They’re going to change the pace at which we do things and I’m delighted by infusing that kind of young, able intelligence into the management team, as a partner. 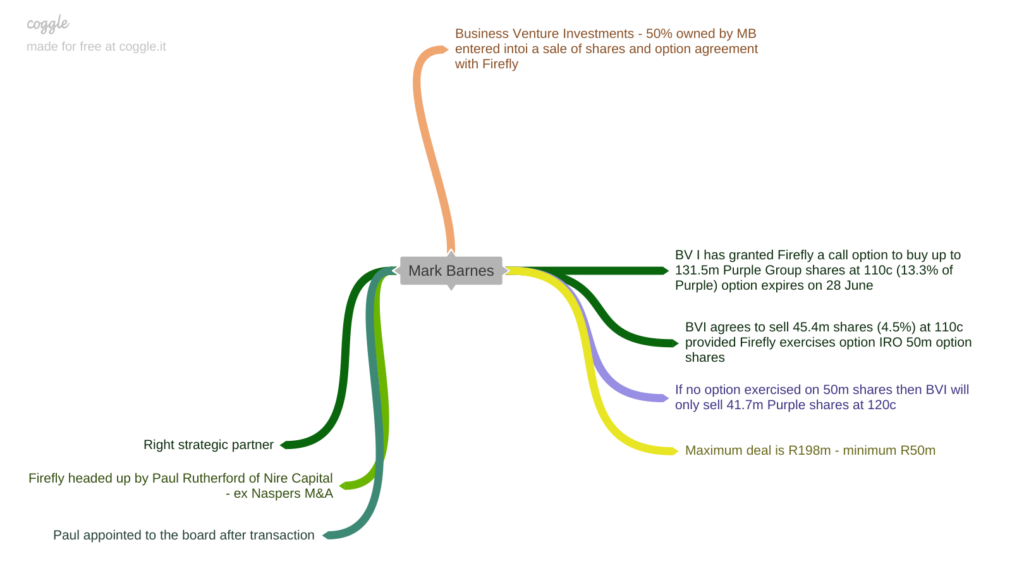 On Paul Rutherford and his background:

He’s got a track record and a group of investors that follow him in Nire capital – and whatever other structures he might attract capital – which identify tech based growing businesses. That’s as best as I can describe what he does. I sat and had a long chat with him only a few days ago. I found an extraordinary intersection with what he feels we should be doing with our footprint and what I’d like to see happening as a significant shareholder. I know that he has found common ground with Charles Savage and that’s probably the most important thing.

On Sanlam and their investment:

I would imagine they are [happy with their investment]. But to be fair, they took a risk and they were an extraordinary valuable shareholder to us. They provided some funding. Building these platforms is an at-risk business. You invest and invest, and only at some point – where we are now – do you reach critical mass and it becomes economically self-sustainable.

But we invested for years, into the systems that are now the EasyEquities platform. Sanlam was there as a funder – but they were much more than a funder, to be honest. The people that Sanlam has put on the EasyEquities board bring with them some oversight and experience – an institutional mindset, if you like, which marries well with young, growing, ambitious and eager entrepreneurs. We found them to be a sobering, responsible and reliable backer – and very good partners.

There are lots of things you get for free on EasyEquities. First of all, it’s low-cost, but the real thing you get for free is education [and] information. Education, information, the ability to invest a small amount, [with] an incremental learning curve with very little downside [and] with a massive upside. We’ve got people there, aged 10 years to 90 years old that are investing for the first time.

We’ve asked some of them what informs their investment decision? The one summary I got was the best I’ve heard. “I buy the brands I like and the places I shop. It’s kind of a pretty good investment filter.” You could have done worse than buy the brands you like and the places you shop. In fact, you to start looking at loyalty programme’s. Would you not shop at the same place that you’ve got shares in? So why can’t you, for example, every time you walk into a retail store, instead of getting a discount, get some shares?