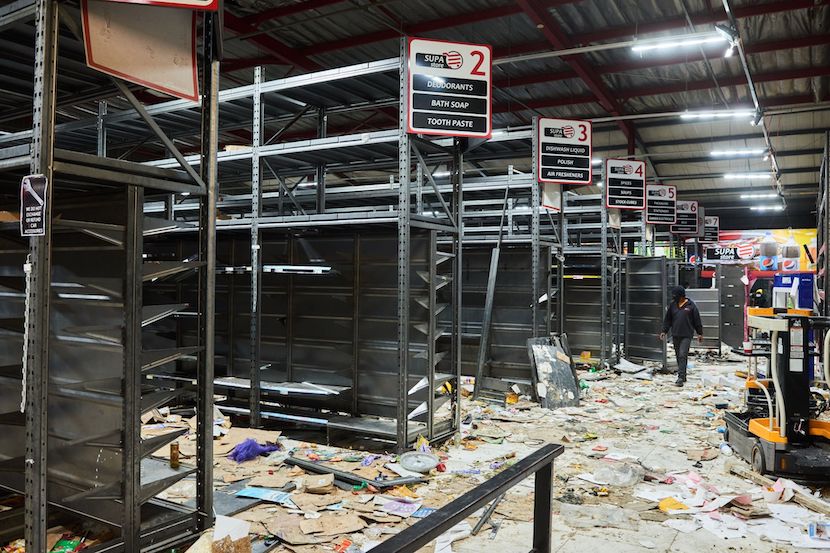 As the dust settles in South Africa, we’re finally able to see the extent of the damage done by looting, protesting and riots that gripped parts of the country last week. The Presidency, citing estimates from the SAPO (South African Property Owners) noted that the week of rioting could cost the SA economy a whopping R50 billion in lost output. Alarmingly, over 3000 shops were destroyed, “while 200 banks and post offices were vandalised,” said acting Minister in the Presidency Khumbudzo Ntshavheni. As the country struggles with job creation and unemployment, the 150,000 jobs placed at risk due to this civil unrest is concerning. Bloomberg reports that over 40,000 businesses have been affected. Pepkor Holdings alone, had 489 retail stores (9% of its portfolio) damaged and looted. According to Tobie Jordaan of Cliffe Dekker Hofmeyr “If you thought we needed business rescue before, 2021 threw another curveball at the economy. South Africa is likely to struggle with this increased need as we don’t have enough business rescue practitioners to deal with it.” – Jarryd Neves

By S’thembile Cele and Leah Wilson

(Bloomberg) – A week of deadly riots in South Africa could cost the country about R50bn ($3.4bn) in lost output, while 150,000 jobs have been placed at risk, the Presidency said, citing estimates from the South African Property Owners Association.

About 200 malls were targeted and some 3,000 shops were looted during the protests, while 200 banks and post offices were vandalised, acting Minister in the Presidency Khumbudzo Ntshavheni told reporters in Pretoria, the capital, on Tuesday.

The protests were triggered by the July 7 jailing of former South African President Jacob Zuma, and quickly generated into a free-for-all in the KwaZulu-Natal and Gauteng provinces in which at least 215 people died. No unrest has been reported since Monday, and most malls have reopened, Ntshavheni said. 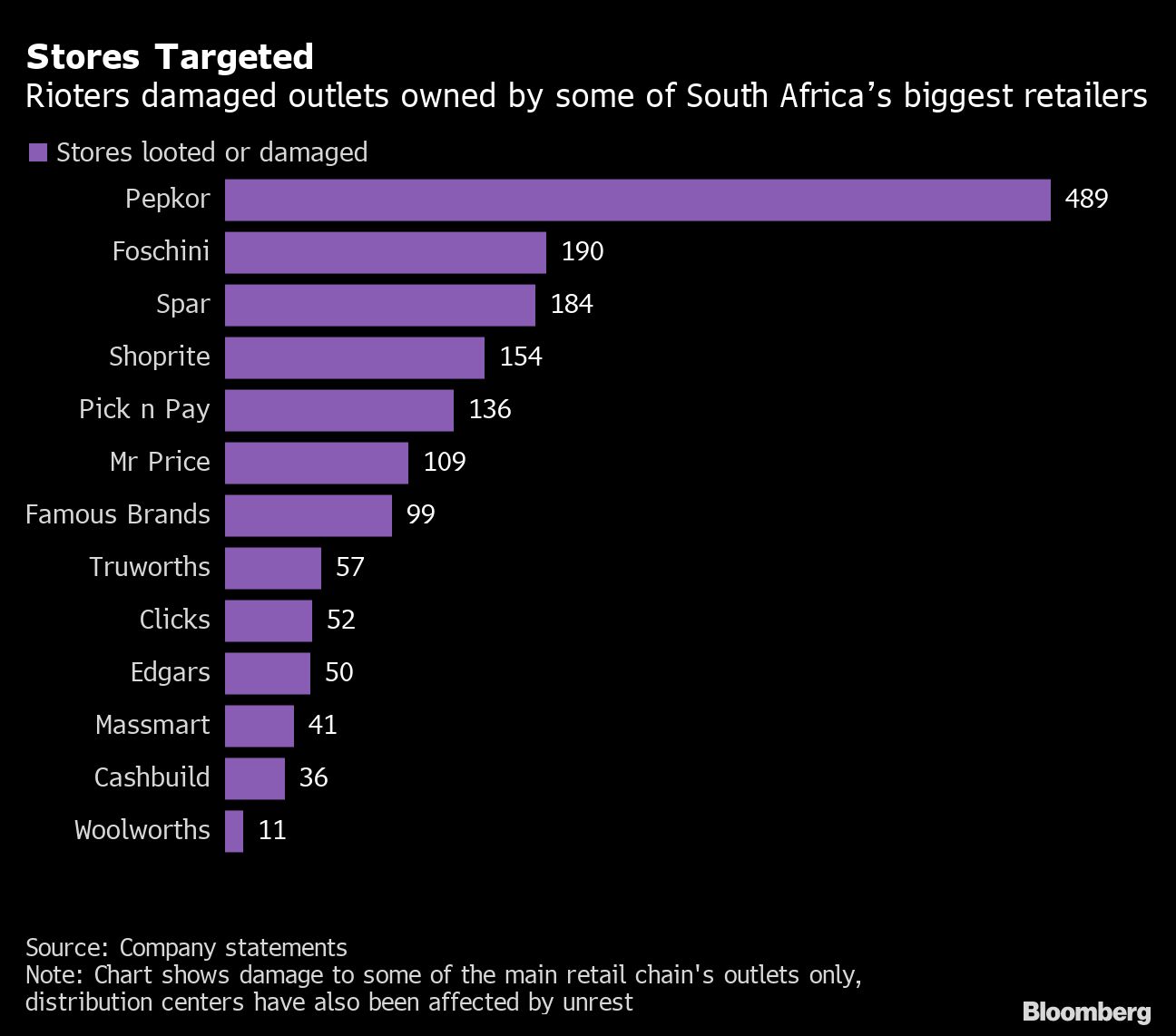 In a meeting with more than 90 chief executives and industry leaders on Tuesday, President Cyril Ramaphosa conceded that his administration was inadequately prepared to deal with the scale of the unrest and the security forces didn’t respond quickly enough. Most of the 25,000 soldiers that had been instructed to assist the police maintain stability had been deployed, he said.

“We need to take every available step to ensure the return our ports and rail lines to full operation, restore manufacturing capacity of vital goods as quickly as possible and put in place contingency measures where facilities have been badly damaged or stocks looted or destroyed,” the Ramaphosa said in his opening remarks that were distributed by his office. “We need to ensure that medicines are available, health facilities are functioning, and the Covid testing and vaccination sites are fully operational.”

– With assistance from Prinesha Naidoo.