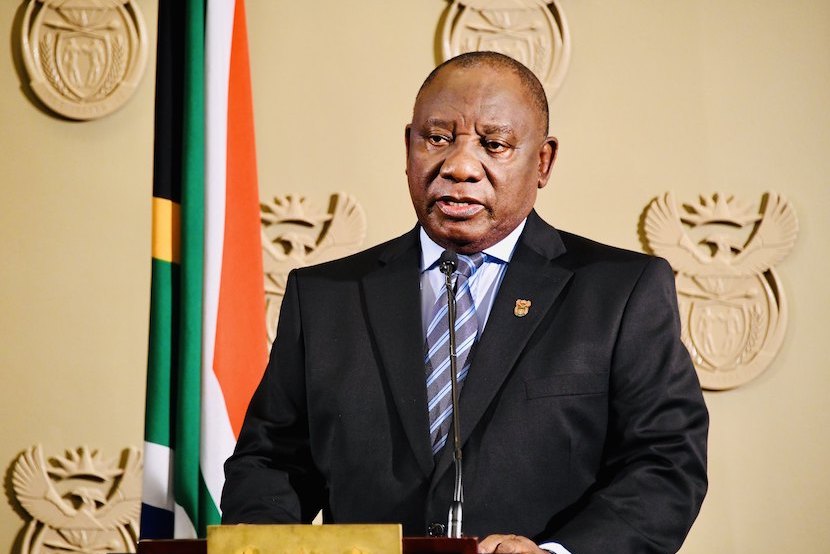 I’ve been surprised at brash attempts of keyboard warriors to revise what went down during SA’s watershed week of shame. Our interviews from the coalface with McCormick, Alcock, Carter, Veness, Sooliman and Martin explain quite clearly that the anarchy was planned, organised and executed by a group loyal to Jacob Zuma. The re-writers who say this is a made-up ruse to distract us from a popular uprising may fool some, but certainly not the Financial Times of London. Europe’s most influential newspaper’s lead commentary today advises SA’s “timid” president to act swiftly against the State Capture cabal whose actions initiated the chaos. Even if this splits the ANC. In short: your country’s future requires you to grow a pair, Cyril.  – Alec Hogg

By the Editorial Board of the Financial Times of London

It is fitting, if sickening, that former president Jacob’s Zuma’s alleged systematic looting of the South African state during his nine years in office should have come to this: several days of physical looting and destruction that amounted to a full-blown insurrection.

Thankfully, the worst outpouring of violence in South Africa since apartheid ended 27 years ago is petering out, though not before 215 people lost their lives and confidence in the state was shattered. The fact that ordinary citizens came out to oppose the looting and to clean up the debris points to the continued strength of civil society. That it also took 25,000 troops to restore order, the biggest such deployment in the democratic era, is a sign of how close to the brink South Africa came.

Zuma loyalists lit the match of protest after the former president was imprisoned for 15 months earlier this month for refusing to testify at an inquiry into “state capture” — the systematic weakening of institutions for economic gain. Deep popular discontent, stoked by poverty, inequality and obscenely high unemployment, did the rest.

There is no shortage of anger in South Africa to ignite, especially after 15 months of sporadic lockdowns during which the country’s many poor people have suffered disproportionately. But make no mistake. The violence that fanned out across Zuma’s home province of KwaZulu-Natal as well as Gauteng province, the country’s economic heartland, was orchestrated. As well as the looting of shops for food and electronics, there was what looked like co-ordinated sabotage of vital infrastructure — of trucks along the artery linking Johannesburg, the largest city, with the port of Durban as well as damage to telecoms towers, industrial warehouses and even a pharmaceutical plant.

The aim was doubtless to rattle the state so hard that Zuma was released and Cyril Ramaphosa, the embattled president, forced to resign. Such an outcome must on no account be allowed to occur. Ramaphosa, for all his shortcomings, stands on the side of the rule of law and the restoration of institutions hollowed out under Zuma.

Limited progress has been made. Ramaphosa has helped restore the credibility of the tax authority and the prosecutor’s office. Bigwigs from the African National Congress face prosecution for alleged corruption. But the president has not done nearly enough. He was warned long ago about Zuma loyalists within the state security apparatus. The lack of timely measures to counter violence and the fact that some police stood by as property was ransacked points to continued pockets of state capture.

Ramaphosa has a bad habit of timidity, particularly during the years that he stood silently by as Zuma’s deputy. Now that the former president’s loyalists have shown their teeth, Ramaphosa must take the battle to them. As well as quickening the pace at which he shores up state institutions, including the State Security Agency, he must also sharpen the fight within the ANC itself. There should be no place in the party of Nelson Mandela for subversion of the constitution he helped to foster.

If that means forcing an ANC split, so be it. The party long ago lost the moral authority to rule in perpetuity. An ANC that unequivocally upholds the rule of law stands at least a chance of tackling systematic corruption and, above all, of enacting policies to redress the still-festering scars of apartheid. Purging the forces associated with state capture will not be enough. But it is a necessary condition to the task of rebuilding South Africa. If Ramaphosa cannot swiftly bring it about, this month’s outpouring of violence will not be the last.