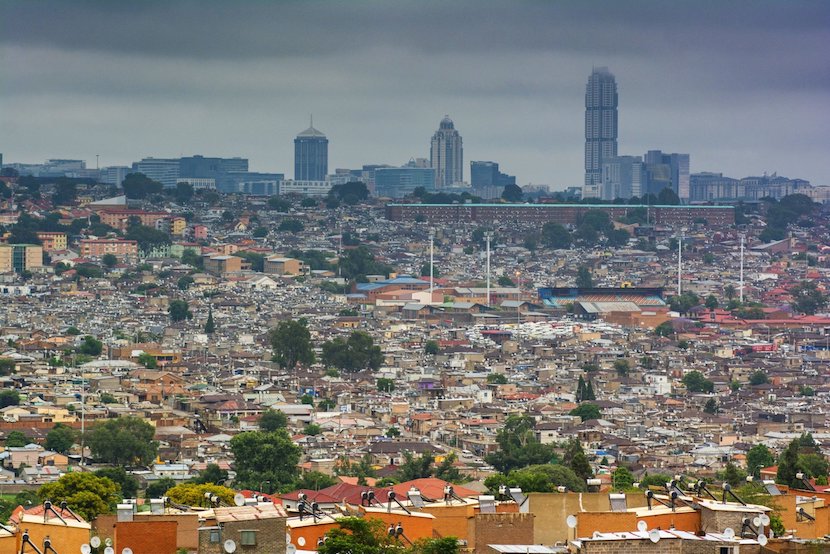 The recent looting and civil unrest in parts of South Africa has raised a number of concerns. Listen in on this excerpt from a BizNews webinar, featuring Brenthurst Wealth Management‘s Magnus Heystek and Claude Baissac of Eunomix. Together with Alec Hogg, the group concentrate on what to do with your money – and where to invest it. Here are the highlights. – Jarryd Neves

I would tell people to be honest about their view of what’s going to happen. If you have the chance to externalise your career and even your family, considering what’s taking place in South Africa, I would probably say that you should take that chance [to emigrate]. Even if it’s just for five to seven years and if things improve, you can always come back. But to say “don’t go” would be a great disservice to those people – if things turned out to be as bad as it can turn out. What does the ANC need to do to change someone like Claude and my view about South Africa. As Claude mentioned, that depends on the ANC and the cabinet.

Unless they don’t change their strategies [and] get hold of law and order in this country, my recommendation to a young family like that will be, is to go [live abroad] with my blessing, because there are bigger forces at play than just the individual’s right and loyalty to the country. Probably, I’ll say yes, go. But, there could be a turning point one day – and I’m not so sure it’s gonna happen soon – but let’s just assume that the ANC gets control. I think they must start with law and order. We talk about it all day long, but it has to be practical. We haven’t mentioned that three or four weeks ago, the general manager of Rio Tinto was shot and killed and they declared a force majeure.

That was already the first inkling that there’s something wrong in KZN and that something is brewing. Government has done very little about the burning of trucks in Mooi River for many years, for example. The government has allowed this absolute wave of lawlessness to fester. We’ve now seen that they were totally impotent in controlling of this uprising. If Cyril Ramaphosa doesn’t start firing some cabinet ministers and having some balls, as Brian Pottinger wrote on your website, you seriously have to worry about where SA is going to end up a few years from now.

It’s a difficult question to answer. I’m not a South African citizen. I wasn’t born here. I wasn’t raised here. I don’t have family here. My kids are South African. It’s already an agonising consideration for me – considering how wonderful the country is and how high I was when I came here in 2000-2002, with the promise that was represented by the new South Africa. I’m looking at it personally, because I have small children and I’m concerned about their ability to have a career and futures in this country.

I’m a French citizen, so I have options. I will say this, however. What is rational at the individual level can become irrational at the collective level. If all the people in the middle and upper-middle class leave South Africa, then it becomes a self-fulfilling prophecy. There is no centre to hold anymore. Then all we’ll have is extremes. The extreme rich – who will benefit from a crony capitalist system and government corruption – and the extreme poor who represent the majority. That then leads to the kind of explosions on the scale magnified to what we’ve seen. It’s so difficult and we know of so many South Africans who have left looking for better lives elsewhere and then realising that the grass is greener there.

There’s a there’s a counterpoint to what Magnus has been saying. In South Africa, we still have extraordinary quality of life. I can assure you that what you gain on one side of the balance book, you lose on the other side of the balance sheet. Living in Europe, America and Australia is not easy living. These societies are machines and you have to find ways to fit in. Nobody cares about you. You can’t get the kind of house you have. You don’t have the kind of weather you have in SA. You also don’t have the sense of nationhood – traumatising as it is or not – that you have in South Africa.

I would say, if you can export your business, securitise your income and use this extraordinary boom in the new economy, then South Africa probably still has a lot to offer. But you have to be hedged. Make sure that you have income and investments in foreign currencies. Also, in case things go bad, an escape plan. It’s a complicated, personal and collective calculus one has to make – but one has to keep the finger on the pulse.

It’s very personal and it is very complicated. If you are in the white community in South Africa and are not an entrepreneur, then you must realise that your prospects are certainly not enhanced  because of all kinds of reasons – and you can argue that one way or the other. But you’re not going to have as good an opportunity in South Africa as you might have in a less racially defined society.

That’s the first part. If you are, however, prepared to be entrepreneurial [and] take responsibility for your own future. I don’t think you can find a better country in the world. The risks are high, but the rewards are also high as well. It starts from the basis of where you are. If you’re an accountant and you want to be an accountant – you want to work for somebody else – you might have a better career elsewhere. However, if you are somebody who is is prepared to hustle, to get out there and find new partners – who you might even not even think about as being partners today from different cultures and that – well, this is a great place.