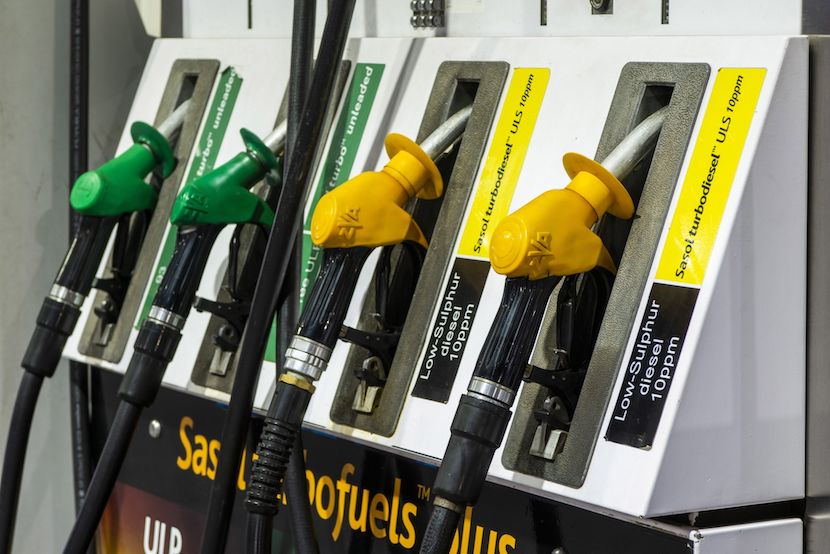 The petrol price, which climbed close to 50% in 2021, is set to start the year lower as all grades of petrol and diesel across the board are reduced. This comes on the back in a drop in the Brent Crude price which was slightly offset by the Rand weakening against the US dollar. The Brent Crude price, which has been unexpectedly robust since its dive at the onset of the Covid pandemic, has been the root of inflation issues worldwide. Higher oil prices has a knock on effect to the price of a host of goods, which as a result, have been driven up. Inflation reduces a consumers purchasing power and is seen as an economic headwind. The Automobile Association of South Africa (AA) have sent concerns through to finance minister Enoch Godongwana about the persistently higher fuel prices, which are bringing consumers to their knees. – Justin Rowe-Roberts

The Department of Mineral Resources and Energy has announced the official changes to fuel prices for January 2022, revealing significant reductions for all grades of petrol and diesel.

From Wednesday, 5 January 2022, a litre of unleaded 95 petrol will cost 68 cents less at the pumps, while 93 unleaded will be 71 cents cheaper per litre.

That means both grades of petrol will again cost less than R20 per litre when bought inland.

In addition, the price of illuminating paraffin will also decrease by 71 cents per litre.

The changes are summarised below:

The Department explained the decreases were primarily due to the average Brent Crude oil price falling from $83 to $76 per barrel for the period under review. Refined petroleum prices followed suit, which led to lower contributions to South Africa’s Basic Fuel Price.

These prices changes were primarily due to global concerns over the impact of the Omicron Covid-19 variant.

The reduction could have been more substantial had it not been for the Rand depreciating against the US dollar during the same period. The local currency traded at R15.92 to the dollar compared to R15.40 during the previous period.

Had it remained at the same level, the prices would have gone down by another 29 cents, which would have seen 93 unleaded petrol drop by R1 per litre.

The table below compares the prices of 93 and 95 unleaded petrol between December 2021 and January 2022.

In response to the announcement, the Automobile Association of South Africa (AA) maintained that fuel prices in the country remained high and reiterated its call for a review of the fuel price structure.

It also said it was pleased that its previous calls in this regard had reached finance minister Enoch Godongwana.

“We welcome his pre-Christmas comments that the fuel price structure needs a critical re-look, and we call on him to make quick work of this issue ahead of his 2022 Budget Speech in February,” the AA said.

The AA said apart from not increasing the existing levies on fuel at all during that speech, it would also like to see an announcement on concrete plans to review the fuel price before the end of the second quarter.

The table below shows how much less you will pay to fill up your car’s tank with 95 and 93 unleaded inland from Wednesday. 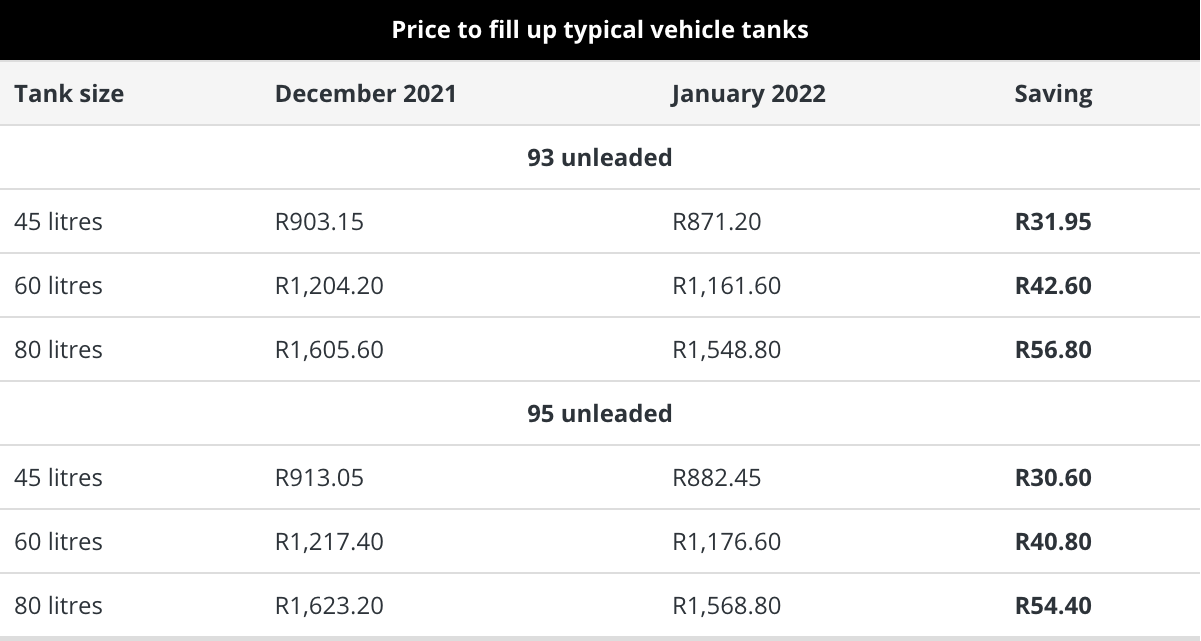