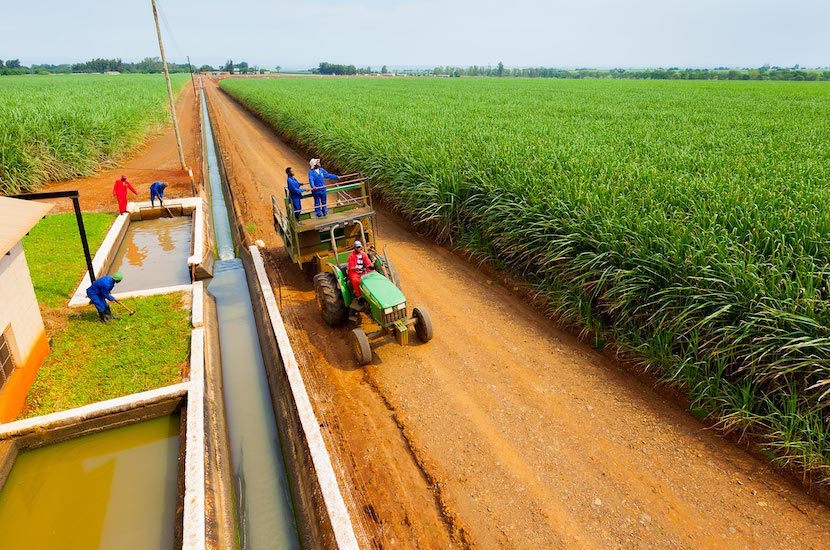 Analyst and whistle-blower David Woollam shares the grave details about the rise and fall of one of KZN’s most treasured businesses, Tongaat Hulett. Tongaat was the subject of accounting irregularities when its former management was responsible for cooking the books. Now the company is coming after those executives to the value of R450m, a fraction of the R10bn+ in shareholder value that has been destroyed. Operational issues coupled with a large debt burden has led the company to announce a highly dilutive rights issue, which will increase the shares in issue by 33-fold. Shareholders who own R1,000 in Tongaat will have to cough up between R6,000 and R7,000 to maintain their pro-rata shareholding. Worse, the pricing of the rights issue is yet to be determined and Tongaat shareholders are going into the new year blindfolded. – Justin Rowe-Roberts

David Woollam on blowing the whistle on Tongaat:

Yeah, I guess the whistle-blower and analyst are correct. I researched the company and, unfortunately, I saw some stuff that was particularly concerning at an accounting level; the numbers didn’t make sense. In a nutshell, what was happening was that cash that was being spent was being capitalised, which made the profits look better. But assets, unless they can be realised into cash, are not assets. Eventually, the problems started to mount and, with an enormous amount of debt, assets that weren’t really assets, profits that had not been profits, dividends paid and obviously executives rewarded … it all came crumbling down, which is a real tragedy for a company that is over 100 years old.

On the current situation, three years down the line:

I guess one always has to be careful to talk when you feel you have something to say or to add that can help the situation. Initially, my commentary was to expose and create awareness, but then management and the board had to be given some space and time to implement the strategy. In the last few months, I have been increasingly concerned that we are almost three years down the track now and I’m not seeing operational improvements. I’m not seeing a real turnaround. Yes, there have been assets sold and debt paid down. But I’ll be honest, I am not seeing a whole lot of operational improvements. I’ll touch on that in a second. But what concerned me was the sequence of events. They announced a capital raise in a closed period. They then announced the interim results just before the Christmas period, giving very little time for a proper engagement around what is now looking like a reverse takeover of the company. If one looks at the shareholder register, nearly 50% of the shares are held by individuals or private investors who are relatively small, and they have been asked to pay possibly as high as six or seven times their current investment in following their rights. Now, anyone who knows how rights issues work, you can price them as low as you can, as you like, because that is how it works.

On the operational issues:

Tongaat is in deep trouble. If we look at these results, it has sold the crown jewels of the starch business. They have a sugar business with three operations: South Africa, Mozambique and Zimbabwe. Zimbabwe is probably the best operation but troubled with political, hyperinflation and the difficulty of accessing any of that cash. So, on the face of it, it’s a very good operation that produces nearly half a million tonnes of sugar a year. In good times and in more stable political times, it is a very valuable asset. Mozambique is steadily coming along, producing about 200,000 tons. South Africa, which has always been the mainstay, should have had an absolute bumper year.

Peter kept throwing money at the problem by refinancing the farmers, re-establishing cane routes that had failed. There were some drought problems that had been difficult around 2015, but he just kept throwing money at the problem, kept over-capitalising. I don’t believe anyone can say Peter knew how to run the sugar business. He just reported numbers that appeared like it was well run. He falsified the numbers. There is no question about that.