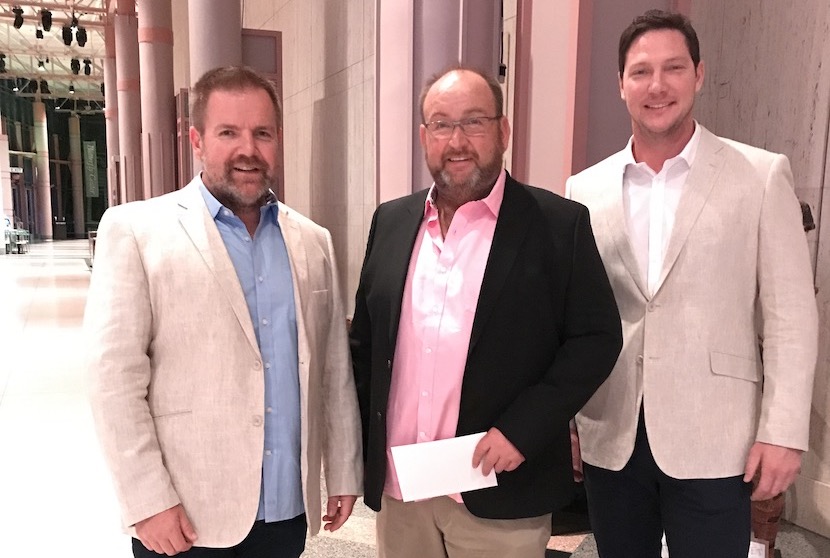 Braam founded Tekkie Town and, for many years, until 2013, he was the sole owner of the business. He borrowed R20,000 from his mother at the age of 23 and opened a store in Mossel Bay, which was a general sports store. I grew up in Mossel Bay and met him that year at the age of 13. I have always loved golf as it has opened a lot of doors for me in my life. I played for the town’s golf team then. How it worked in the Southern Cape is that you would play foursomes in the morning in pairs and singles in the afternoon. Only many years later, I realised what a risk and what a schlep it was for adults to have kids in golf teams… But Braam took me in and we played together for several years. My parents trusted him to come and pick me up at our house on a Saturday morning and go off to Plettenberg Bay and Riversdale and drop me off again at eight o’clock at night. That is where our relationship started but it was only in 2011 that I joined Braam. He invested in a business that I tried to get off the ground in 2006. In 2009, he said to me: “Listen, I can see you’re trying really hard but I’ve got a rocket ship and a succession problem in my business. I think if you come here, I’ll be able to supervise you better but you’ll also do better in the long term.” He turned out to be right. I became part of the management team of Tekkie Town. Braam was the only director of the business until 2013 when I became the other director.

On launching Tekkie Town as a footwear store

Braam is an exceptional retailer, specifically from a cost-control perspective. He had built up a bit of reserve and – in a story that has been told many times – made an ill-fated offer for 12,000 pairs of Caterpillars that was cancelled as an order by Edgars. David Palmer, who to this day is the Caterpillar agent in South Africa, accepted the offer. It was R100 a pair and R250 at cost price. He told Braam: “You can sell the shoes anywhere except where Edgars is.” So, Braam sent a sales force or friends into the rural areas and, three weeks later, all the shoes were sold and he realised he was onto something else. Then, in 2000 after the Christmas trading season, his mother convinced him to abandon all forms of other sports equipment (cricket bats, tennis rackets and ping pong balls, etc.) and said: “Just focus on the shoes because clearly that’s what you’re very good at.” He then opened the first store in the Somerset Value Mart.

Steinhoff crossed our paths and was attractive to us. Pepkor had a basket of businesses similar to ours that was not performing optimally. The deal done with us was that we would exchange our controlling share in Tekkie Town for shares in Steinhoff that would be restricted for three years and our management team would take control of Pepkor’s speciality. At first, we would have broken it out of Pepkor altogether as that was the discussion. Then, after three years, we would be able to trade our shares and Steinhoff would pay us an earn-out equal to 20% of the upside we created in that speciality business on the last day of the year. At that stage, we knew Tekkie Town’s runway was roughly 550 stores in the country. When we did the deal, we had about 220 stores in 2015. Taking stores in locations we thought were attractive and then putting a display of this group of hillbillies from George in charge of a business and a bigger platform. It then goes to a question about what we saw and what we should have seen.

Markus always treated me with a lot of respect and he was unfailingly polite. Our deal went to the board of Steinhoff, where it was ratified, and then Markus insisted on an interview with Christo and Braam before our deal was done. One thing that happened – which I think has not been said before – is that our original deal was for R43.5m Steinhoff shares and Steinhoff would then give the liquidity to the actors. Two weeks before we were to close, we got summoned to Stellenbosch and Markus wanted to see us. So, Braam and I tracked down there. Markus said unfortunately, he had to pause on a certain part of our deal. It came as a surprise to us because we were on the verge of signing. He said it was only then that his team had brought him the salaries of the top five people in the business. He insisted we reduce the purchase price by 500,000 shares because he wouldn’t be able to replace the leadership with salaries at that price. He boxed Braam and me into a position where we got higher salaries but fewer shares. That was an interesting aspect to me because we often have this popular narrative that he just overpaid and was happy to get anything at such a price. But then you had a moment like that.