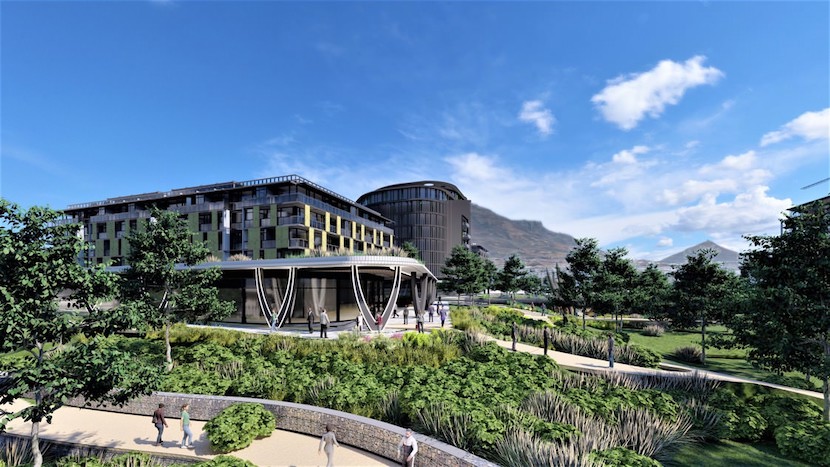 The controversy surrounding the R4.5bn Liesbeek River Club land redevelopment deepened this week when Western Cape Judge President Goliath refused to grant the Liesbeek Leisure Properties Trust leave to appeal her judgement halting all construction. With the local civic association and green and traditional lobbyists citing irretrievable environmental damage and no meaningful consultation on historical heritage matters, the developers will now approach the Appellate Division in Pretoria on the local ruling. They claim the build to create 150,000 m2 of retail and office space will ensure much improved environmental management, include an unmatched cultural and heritage centre and create 19,000 direct and indirect jobs with an annual construction wage bill of R200m. Yet, the site on a river confluence flood plain has council officials and local politicians all atwitter as they wrestle with complex issues of social upliftment versus potential environmental damage. – Chris Bateman

This is a massive blow to all the people of Cape Town who stand to lose significant economic, social, heritage and environmental benefits.

This includes 6,000 direct and 19,000 indirect jobs that will be lost (including the 750 construction workers who had been working on the site when the interdict ruling was delivered) and the Cape Peninsula Khoi being unable to manifest their intangible cultural heritage associated with the area, including the establishment of a Heritage, Cultural and Media Centre. The provision of developer subsidised inclusionary housing, the provision of safe and accessible green parks and gardens that will be open to the public and the major rehabilitation of the polluted and degraded waterways adjacent to the property, including the Liesbeek River, into a beautiful naturalised riverine environment will also be lost.

The LLPT will approach the Supreme Court of Appeal in Bloemfontein to appeal her judgment. The LLPT’s legal team is currently studying the judgment and it will communicate further in due course.