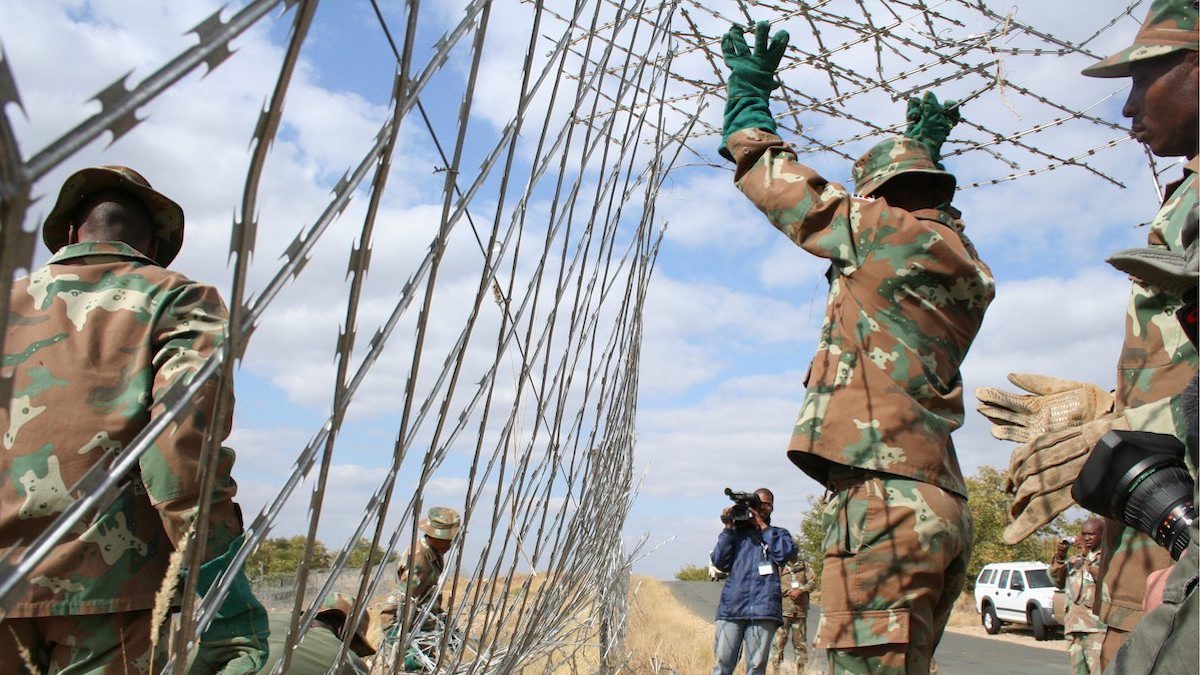 The man at the helm of the newly established Border Management Authority (BMA), Dr Nakampe Masiapato, is under no illusion as to the challenge that awaits him in securing the 4,772km border of South Africa. The BMA is currently incubated in the Department of Home It has a current budget of R67m, allowing for the recruitment of 200 border guards as part of the first cohort. In most cases, border guards will have come from other arms of law enforcement or have a military background. Commissioner Masiapato told BizNews their actions will be targeted around preventing illegal border crossing, stock theft, stopping the flow of illicit goods and ultimately contributing to a safer South Africa.

The establishment of border management authority basically means that we are then going to be moving away from a multi-agency approach in terms of border management into what we call an integrated border management model through which each and every port of entry will have a single commander. This is to ensure the whole issue of accountability and better seamless command and control. In terms of the rest of the department, the main integration will be for the immigration, health, environment, and agriculture departments, including access control, which is currently done by SAPS. All those five functions will all be integrated into the Border Management Authority.

On if they are focusing on ports of entry, or border patrols, or both

The provisions of the Border Management Authority Act gives us responsibility to operate in both areas. So we basically call the port a port of entry and the borderline, what you call a border law enforcement area. So over and above the work we will do in the ports, which is very straightforward when it comes to our contribution on the borderline, this is how our contribution will be. There are areas on the borderline which we describe as the vulnerable areas or the vulnerable segments of the borderline. It is in those specific areas around the ports, mostly ten kilometres away from the point of impact, but also even beyond ten kilometres. Those vulnerable areas are the areas where we will then be doing basic deployment of border guards. Deployment basically means they will be stationed there physically, making sure that those areas are not being compromised. And that will then enable members of the South African Missile Defence Force to be able to do the high mobility deployment in terms of looking over the entire 4,772 kilometers of the border. And of course, in their work they will identify further areas of vulnerability, and will then be able to deploy border guards in those areas.

We do two things. The first one is integration. And the integration we’re talking about is to make sure that all those officials looking after all those other departments are going to go through a process of vetting, training and all of that, and then they will ultimately migrate and be employees of the BMA. That is the first part, but the second part is the one you’re talking about, and that is the capacity. So in the capacity process, we had to bring in some new people into the environment whilst at the same time doing integration. So in this instance, we were only given around 7 million by the National Treasury to bring in about 200 border guards. So in there we have chief border guards, we have senior border guards and we have border guards and we have basically trained them in all of these various spectrums of work. However, the key area of deployment is going to be on the vulnerable segments, on the borders. Some of them will be doing access control.

So in terms of training, they had been trained in a number of things. If you can then talk about soft treatment, for instance, they’ve been trained on issues of patriotism, on integrity, ethics, but also trained in terms of the work relating to health, environment, immigration, as well as the environment on the border – to understand the entire spectrum. So we trained them in terms of skills. In terms of the hardcore training, most of those people came from the Defence Force and some of them came from the police, some from Correctional Services, and some of them from some of the metros around the country. They had already been trained and we had to enhance their training in terms of building a collective culture within the border management authority, as it were. But in terms of the physical, we did all the various physical elements of training.

Firstly, in terms of the first 200 cohorts, we have done very intensive vetting in collaboration with the state security agent. So that is the most important thing that we have actually done in terms of making sure that the people on board are people of grounded character. Additionally, we have already sat through a process where we will be doing continuous lifestyle audits on their lives, as they continue to do this work, primarily in terms of looking at their declaration of assets. It is a requirement arising from that, being able to juxtapose that against the income that they get and being able to pick up an outlier in some instances. We will be able to deal with that. But just in the broader context, we have also made them take an oath. During the launch, you might have heard one of the border guards in front, reading the oath on behalf of the rest of them. And part of the provisions in that oath is for them to commit, to watch over each other and make sure that none of their colleagues get compromised in front of them. We have set up a system of close monitoring, as well as close supervision.