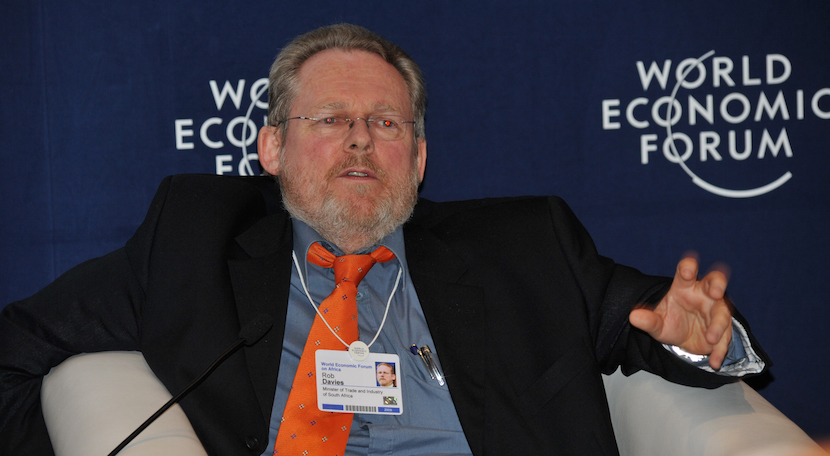 The fracas over the National Lottery licence award highlights the risk of building a business around a regulated monopoly. Licences adjudicated by politicians are rarely made on the basis of business excellence. When the political winds change, so do the beneficiaries. Thami Mazwai, a political activist who counts former President Thabo Mbeki among his friends, had his flourishing publishing business Mafube wrecked overnight when it lost the contract for SAA’s in-house magazine Sawubona. Now another man who featured in the Mbeki Era, former Transnet chairman Prof Bongani Aug Khumalo, is fighting to retain the licence granted to National Lottery operator Gidani. I have a personal interest, as I serve on the board of Scouts SA which Khumalo chairs, and have known and respected him for a couple decades. Even without this association, you’d have to wonder at what motivated Trade & Industry Minister Rob Davies’s decision to switch such an important licence – worth billions to the recipient, charities and the State – to a start-up. According to the News24 report, High Court judge Neil Tuchten called the award irrational and risky. In his statement (see below) Davies reports the Judge as saying the Department’s decision to award it to the start-up was “rational and reasonable”. Without being on the inside, it’s tough to call. As always happens in such matters, the truth only emerges in the fullness of time. Sometimes journalists require the patience of elephants. – Alec Hogg

Pretoria – A Pretoria high court judge has described Trade and Industry Minister Rob Davies’s decision to award the national lottery license to Ithuba as irrational and “displaying an excessive appetite for risk”.

He set aside the license which was issued by the minister to Ithuba on November 24 last year.

Judge Tuchten also suspended the operation of the order for a month and the awarding of the licence has been referred back to the minister.

However, Tuchten could find no fault with the minister’s preference for Ithuba as the preferred bidder for the lottery licence and only took issue with the manner in which the tender was awarded.

“It is in the public interest that a flawed decision, defended in this manner, should not be allowed to stand. There is a risk that the full picture has even now not emerged,” he said.

Judge Tuchten made it clear that the minister had “damage control powers” to limit or eliminate the risk that the lottery would cease to function.

“The minister may, in a proper case, decide not to issue a license at all, in which case he may appoint an organ of state to run the lottery. Where the licensee is for any reason whatsoever unable to conduct the National Lottery, the minister may under certain circumstances issue a temporary license.”

Judge Tuchten went on to say the purpose of the lottery was to provide funds for good causes. “Any interruption in the conduct of the lottery will have severely detrimental consequences for those institutions that rely, or have a reasonable expectation of relying, on funding generated by the lottery,” he said, adding that while he was aware that Ithuba had committed a substantial amount of money to the venture, those were “inherent in a tender environment which is subject to the rule of law”. “The minister, with the support and co-operation of both Ithuba and the [Lotteries] Board, entered into the license agreement while litigation to prevent their doing so was pending. Now that all the evidence is in, I cannot see any reason for the haste with which this happened, “he said. Judge Tuchten found that Davies had awarded the license without Ithuba putting up the required performance bond of R125m before the license was issued.

#Ithuba is studying the judgement, but they want to assure players that it is business as usual for the #Lotto — CapeTalk (@CapeTalk) July 8, 2015

Ithuba only provided the bond during the course of legal argument in the application.

He also found that the minister’s decision was irrational because he failed to take into consideration that certain provisions of the license agreement, if implemented, could result in Ithuba’s insolvency. – News24

The Minister of Trade and Industry, Dr Rob Davies has committed himself to fully implement the judgement handed down in the High Court in Pretoria today in the review application which was launched by Gidani (Pty) Ltd in November 2014. The review aimed at setting aside the Minister’s decision to appoint Ithuba (Pty) Ltd as the Preferred Applicant and to award the third National Lottery Licence to Ithuba.

Following a rigorous evaluation and adjudication process, which commenced with the issuing of the RFP in July 2013, Minister Rob Davies appointed the current operator, Ithuba, as the Preferred Applicant with which to negotiate the terms of the Licence Agreement to operate the third National Lottery.  Negotiations then ensued with Ithuba, the Minister and the National Lotteries Commission.  The Licence Agreement was concluded on 24 November 2014.

Ithuba has since commenced operating the National Lottery on 1 June 2015, when Gidani’s Licence expired. The review application was heard during the course of May and June 2015.

Minister Davies welcomed Judge Tuchten’s decision to uphold his decision to appoint Ithuba as the Preferred Applicant, on the basis that the Minister’s decision is both rational and reasonable.

The Judge however set aside the licence as certain terms relating to the guarantee and performance bond was found to be invalid.  However, the Judge suspended the operation of this decision for a month.

Minister Davies is confident that he will resolve the issues raised by the Court within this one month period and would like to assure the public that there will be no disruptions to the operation of the National Lottery.

BUSINESS AS USUAL FOR LOTTERY PLAYERS ACROSS THE COUNTRY