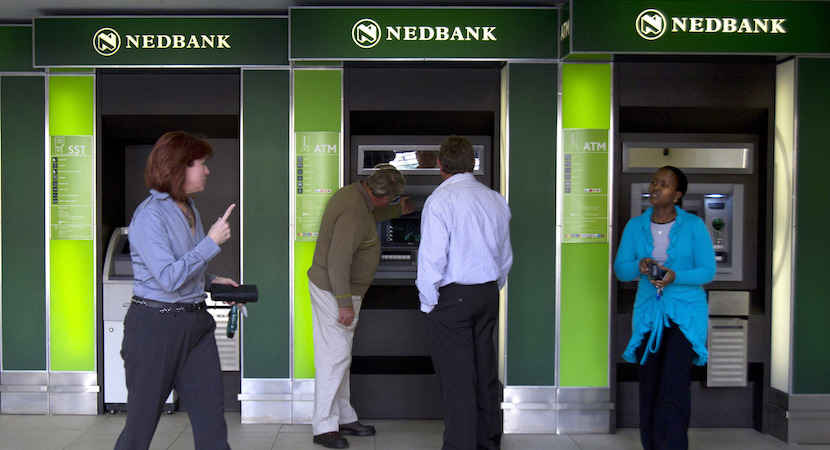 Shareholders in SA, Zimbabwe and Malawi will be paid out this week, while UK shareholders will receive payment at the end of the month

Nedbank has spent close to R2bn buying back shares from the hundreds of thousands of shareholders who received equity in the bank as part of the break up of Old Mutual Plc.

The odd-lot offer closed last Friday and only shareholders who chose to retain their holdings weren’t included. Shares worth R1.95bn were bought back at R276.48c each, a 5% premium to the 10-day volume weighted average price of the group’s stock at the close of business on 3 December.

Nedbank said shareholders with about 475,000 shares elected to keep them, while those holding 925,000 chose to sell. Just over 6.1-million shares were sold by default after investors did not make an election. It said the 7.06-million shares repurchased by the bank would be cancelled and delisted by the end of the week, with SA shareholders receiving their payment early in the week and shareholders in Malawi, Zimbabwe later this week. UK shareholders would be paid by cheque at the end of the month. The odd-lot offer would be distributed as a return of capital rather than a dividend for income tax purposes. It said the payout may be subject to tax in the relevant jurisdictions. 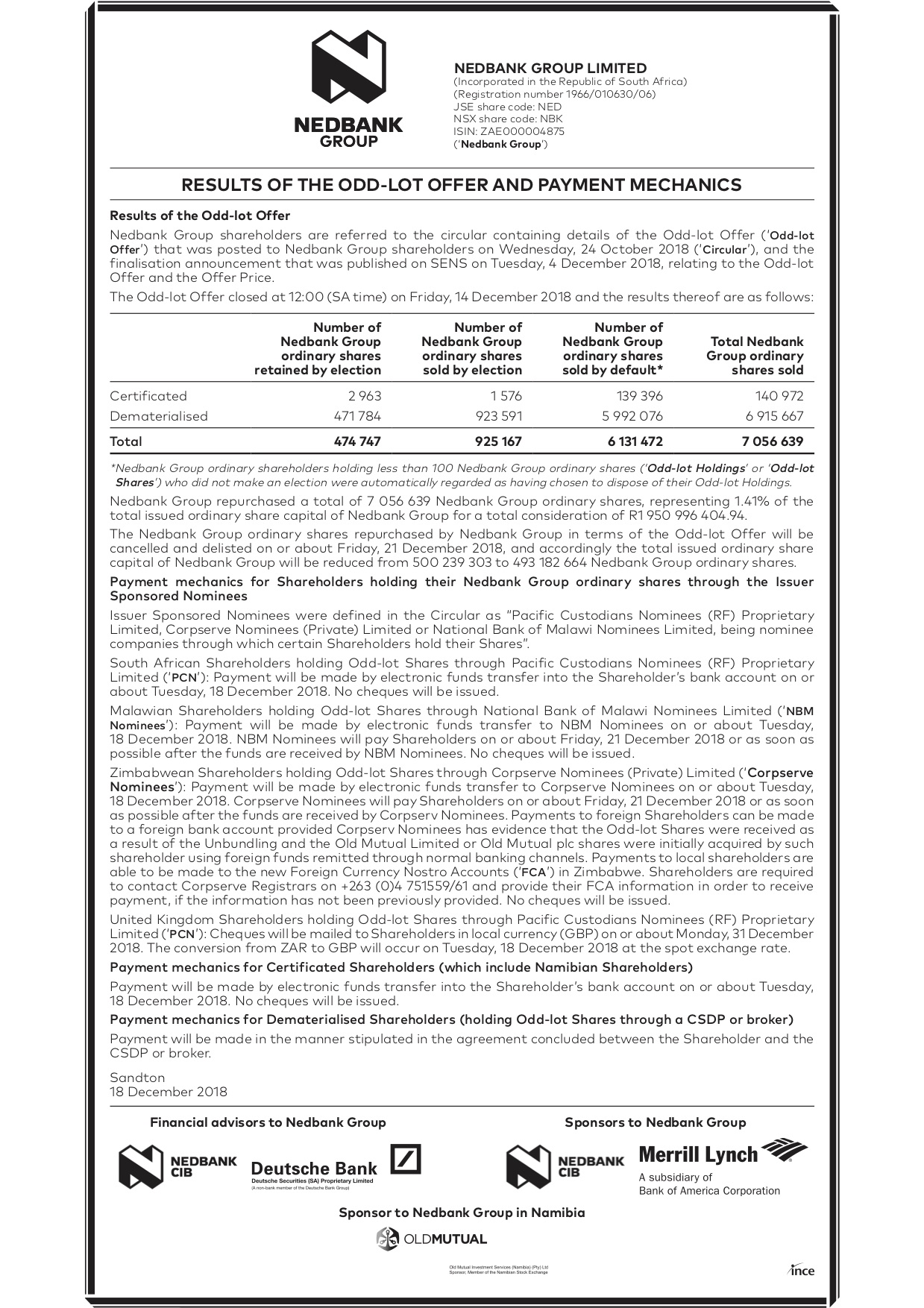 Old Mutual distributed most of its stake in Nedbank to shareholders as part of the managed separation of its businesses into the component parts, which also resulted in the recent unbundling UK wealth management business Quilter. Old Mutual shareholders received 3.21 Nedbank shares for every 100 shares owned in the insurance group.

While the unbundling raised the free-float of Nedbank’s shares on the market and removed the overhang on its share price, it also increased the bank’s shareholder base from around 20,000 to about half a million. Nedbank said buying back the shares would reduce the complexity and cost of managing a significantly larger investor base. The aggregate shareholding in the bank of the odd-lot holders was estimated to be 1.5% of its shares in issue.

Old Mutual’s massive shareholder base dates back to its demutualisation in 1999 when policyholders were given shares when the life assurer listed on the stock exchange.