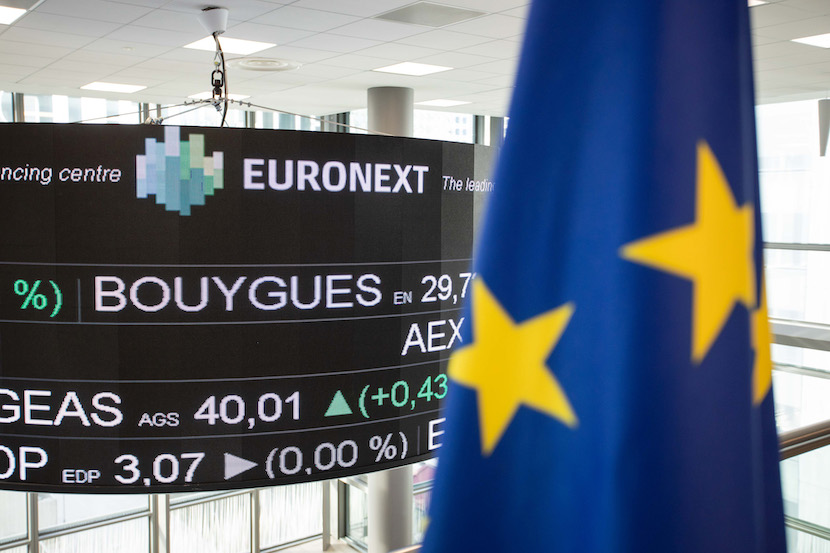 Naspers has been forced to delay the listing of its international assets which had been planned for July 19 because of a blunder by a service provider. The group now expects to list its international internet assets on Euronext Amsterdam in September.

Naspers has delayed the listing of its international internet assets on the Euronext Amsterdam stock exchange after an external service provider labelled a circular to shareholders incorrectly. The circular included a notice to shareholders convening a general meeting next Friday to approve the listing. In the printing process, the names of some shareholders were paired with the wrong addresses, which it said could have led to confusion.

It has postponed the general meeting and will now hold it alongside its annual general meeting, scheduled for 23 August. It said this would allow shareholders equal opportunity to fully consider the circular and the resolution needed to implement the transaction. It had planned to list NewCo on Euronext on 19 July but is now aiming for a September listing.

NewCo, formally Myriad International, will include all the group’s internet assets outside of SA, including its companies and investments in the online classifieds, payments and fintech, food delivery, e-tail, travel, education, and social and internet platforms sectors, among others. It says assets including  mail.ru, OLX, Avito, letgo, PayU, Tencent, iFood, Swiggy, Delivery Hero, Udemy, eMAG, and MakeMyTrip are some of the world’s leading and fastest growing internet brands. NewCo will also include its 31% stake in Chinese internet giant Tencent.

The Amsterdam listing is aimed at narrowing the discount Naspers shares trade at relative to the value of its assets and also reduce its outsized weighting on the JSE, where it up makes up almost a quarter of the shareholder-weighted SWIX index. It will retain its primary listing on the JSE, with direct stakes in Takealot and Media24, alongside its majority stake in NewCo. Shareholders will receive shares in the new company or can choose to receive more shares in Naspers instead, subject to certain limits.

The board remains fully supportive of the Proposed Transaction and the potential benefits that could be realised by forming and listing a new, global consumer internet group on Euronext Amsterdam, with a secondary, inward listing on the JSE,” Naspers said.

The company’s shares closed 1.1% lower at R3,441.59 on Friday. The group also released annual results for the year to end-March. 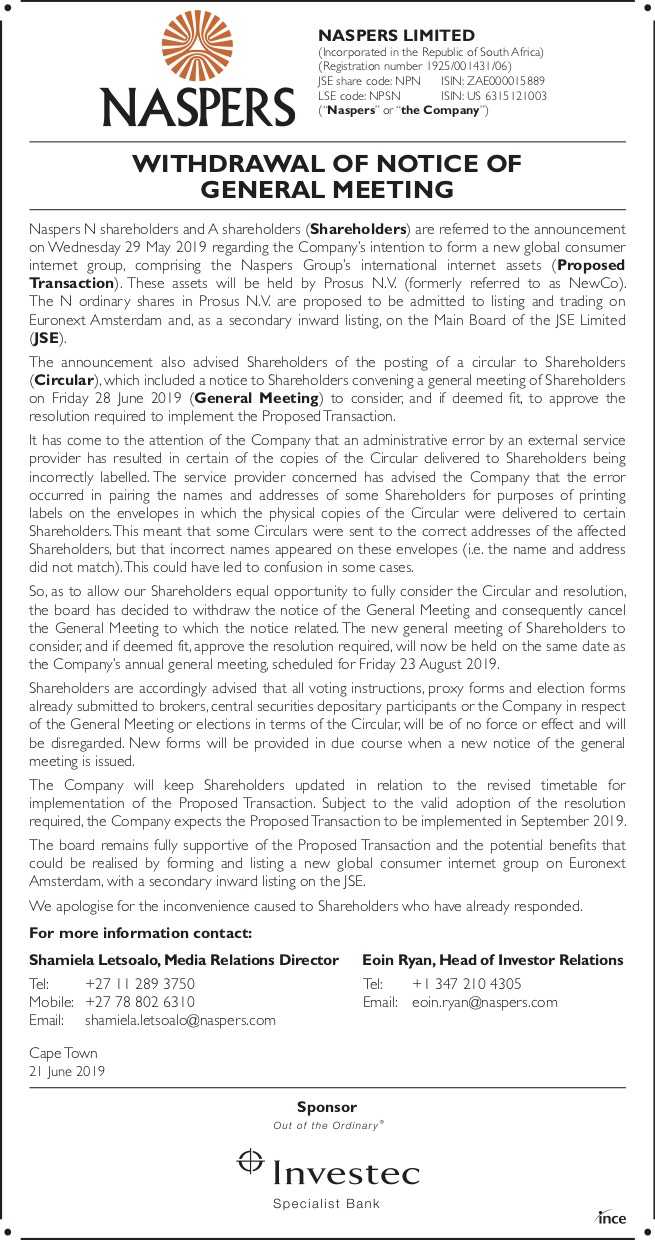