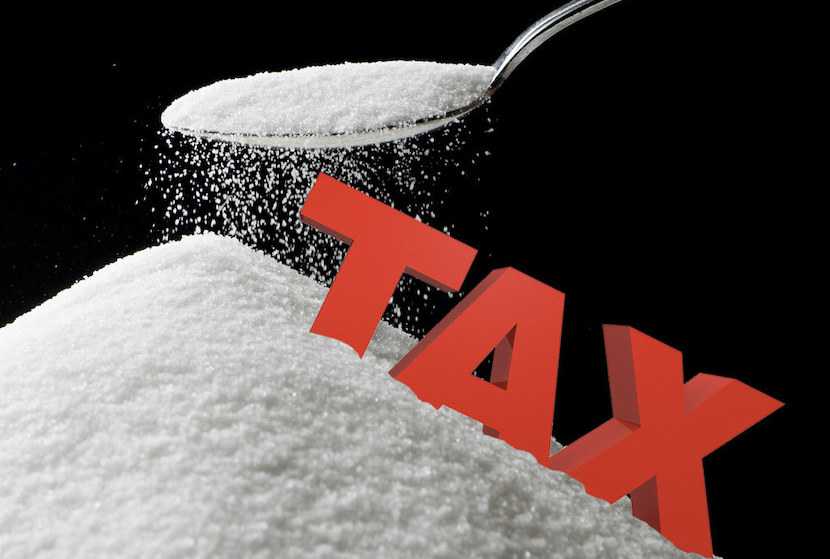 *This content is brought to you by RCL Foods

The branded food producer has impaired its Sugar business due to what it sees as a permanent reduction in local demand.

RCL Foods has swung to a full-year loss after problems at its Sugar and Chicken operations negated strong results from its groceries business.

The branded food producer said its Chicken business unit was impacted by an oversupplied retailer poultry market and higher feed input costs, which couldn’t be recovered due to depressed selling prices. It impaired its Sugar assets by R762m because of the weak outlook for local market demand.

The group said both industries were under significant pressure as a result of oversupply and falling demand due to muted consumer spending and the recently implemented Health Promotion Levy, better known as sugar tax, which had affected sugar producers. Based on the current outlook of a permanent reduction in local demand, it said a higher proportion of its future production was expected to be exported at much lower margins, resulting in the impairment.

The supply/demand imbalance resulted in low selling prices being realised in both our Sugar and Chicken business units, inhibiting the recovery of cost push factors thereby severely reducing margins,” RCL said. “In the absence of an appropriate tariff, dumped chicken imports remained high, with sugar imports having stabilised following the implementation of the revised tariff in August 2018.”

RCL said Groceries performed strongly despite the challenging market conditions, with improving volumes and margins across a number of categories. Millbake, the group’s milling and bread unit, continued to improve its performance, but profitability at Animal Feed was hampered by rising costs and an extremely competitive trading environment, it said.

Revenue rose 5.5% to R25.9bn in the year to end-June but earnings before interest, tax, depreciation and amortisation (EBITDA) fell 25% to R1.53bn. Excluding its sugar and chicken businesses, EBITDA was 7.8% higher at R1.4bn. It reported a loss for the year of R184m, down from profit of R878m previously. Earnings per share (EPS) swung to a loss of 12.7c and headline EPS declined 61% to 37.9c. It cut its final dividend by 60% to 10c per share, taking its total dividend for the year to 25c, down from 40c last year.

The group said it was accelerating its engagements with the appropriate industry bodies and government to find a sustainable way forward for its Sugar and Chicken businesses. In the meantime, it was focused on returning them to acceptable profitability. 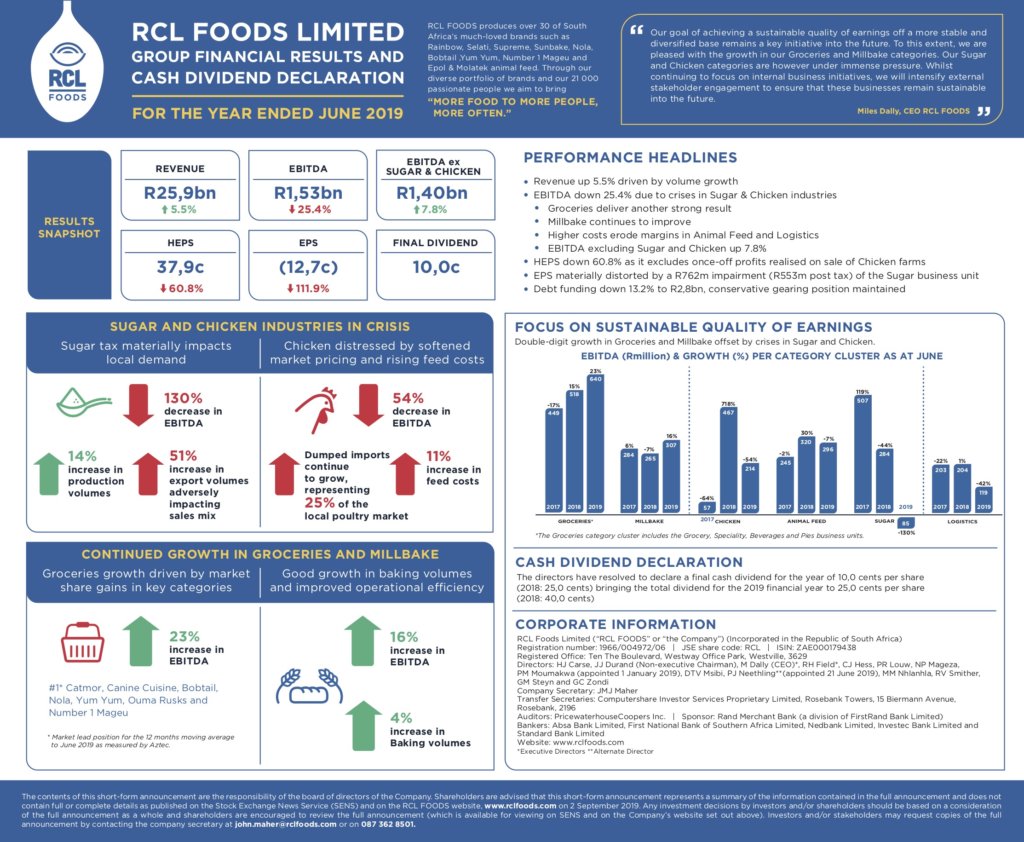