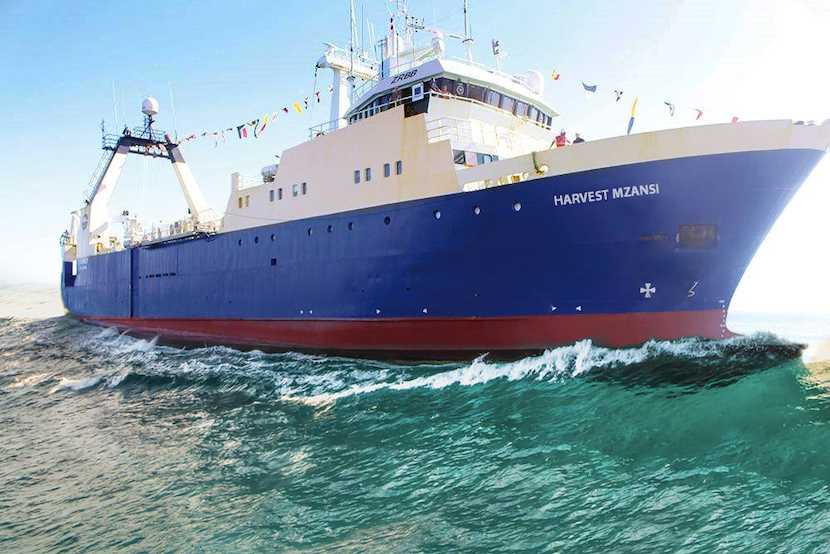 *This content is brought to you by Sea Harvest

Growth at the seafood and fisheries group has been supported by the addition of Viking Fishing and Ladismith Cheese to its operations.

Sea Harvest has reported a big increase in first-half revenue and profit as it benefits from a number of recent acquisitions.

The seafood and fisheries group lifted revenue by 86% to R1.87bn in the six months to end-June, buoyed by last year’s purchase of Viking Fishing and Viking Aquaculture and the addition of Ladismith Cheese in January. Operating profit rose 70% to R281m and net profit increased by a lesser 44% to R161m due to higher net finance costs as it increased borrowings to fund its expansion. Headline earnings grew by 52% to R169m and basic headline earnings per share were almost a third higher at 61.1c after it issue more shares. It’s not paying an interim dividend in line with its policy.

The group said May’s buyout of minorities and the subsequent delisting of Sea Harvest Australia, formerly Mareterram, would strengthen its presence in Australia and provide a platform for growth in the region. It also made group progress with the integration of Viking Fishing into the group. The construction of a third powder plant at Ladismith Cheese had commenced, with the plant expected to be operational during the first half of 2020, it said.

“The satisfactory results come on the back of the acquisition of Viking Fishing and Ladismith Cheese, which have been earnings accretive for the company and the 100% buyout and subsequent de-listing of our Australian subsidiary, Mareterram, which serves as a beachhead for further growth in that strategic market,” CEO Felix Ratheb said.

The group said it retained a positive outlook for the remainder of its financial year. 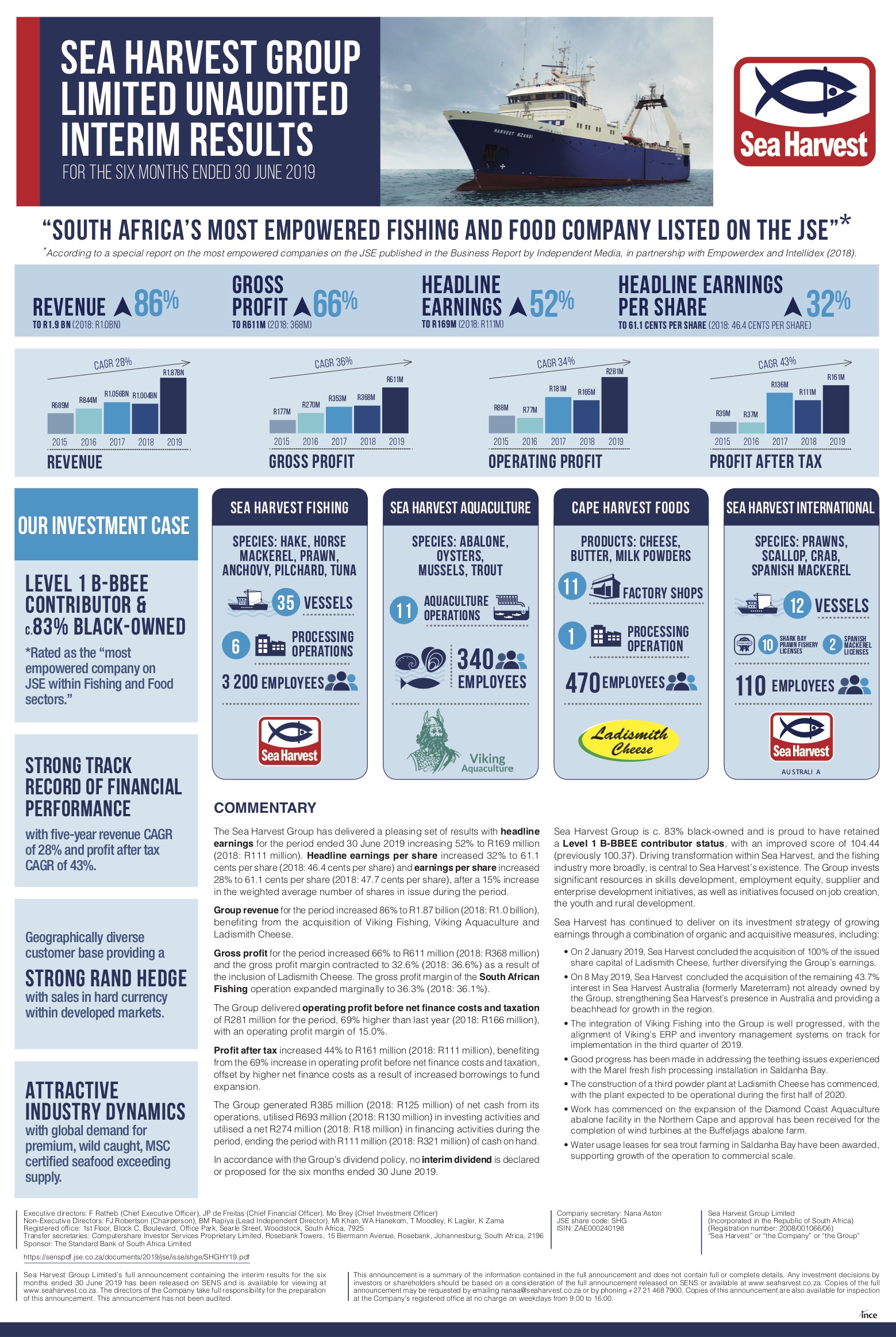