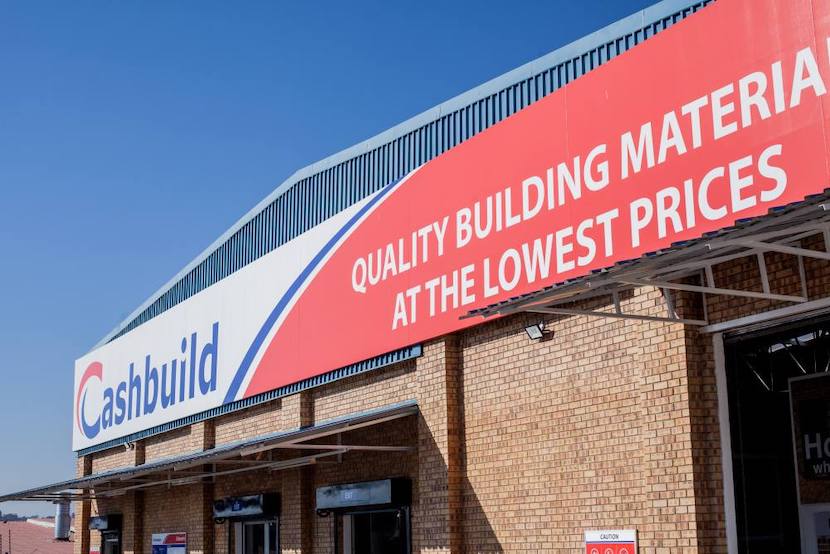 The building materials retailer expects trading conditions to remain challenging but will continue with its store expansion and relocation strategy.

Cashbuild says trading conditions remain extremely tough as the DIY market feels the strain of the slowing economy. It’s the largest retailer of building materials in Southern Africa, targeting a cash-paying customer base through its chain of 315 stores. So, like its peers, it has been affected by the slowdown in building and renovation projects.

Low consumer spending, increasing competition in the DIY retail environment and challenges in some of its major product categories have resulted in pedestrian growth across its stores for the year. However, results for the year to end-June have been flattered by an additional week as it follows the retail accounting calendar, which ends on the last Sunday of the month and has 53 weeks every sixth year.

Revenue rose 6% to R10.8bn over the 53 weeks but was 4% higher on a comparable basis. Half of the increase came from the 34 stores it opened in the last two years, with pre-existing stores accounting for the rest. Gross profit rose 6% to R2.72bn, with its gross profit margin declining to 25.1% from 25.2%.

This was achieved in tough trading conditions with selling price inflation of 3%,” chief executive Werner de Jager said. “In essence, very little has changed since our last year-end in terms of the trading conditions experienced.”

Operating expenses increased by 7%, resulting in a 3% rise in operating profit to R559m. On a comparable 52-week basis, it declined by 7%. Headline earnings were 2% higher at R19.10 per share but fell 6% on a comparable basis. It has increased its total dividend for the year by nearly 2% to 855c per share.

The group ended the period with cash and cash equivalents of R590m, down 38%. It said this was due to payments that were made to suppliers just prior to the year-end close as a result of the 53 trading weeks this year.

During the year, it opened nine new Cashbuild stores and two P&L Hardware outlets, refurbished 26 stores and relocated four others. It closed five Cashbuild and three P&L Hardware stores, as well as six DIY stores. It said it would continue its store expansion, relocation and refurbishment strategy in a controlled manner.

It said group revenue for the first six weeks of its new financial year increased by 1% on the comparable period. 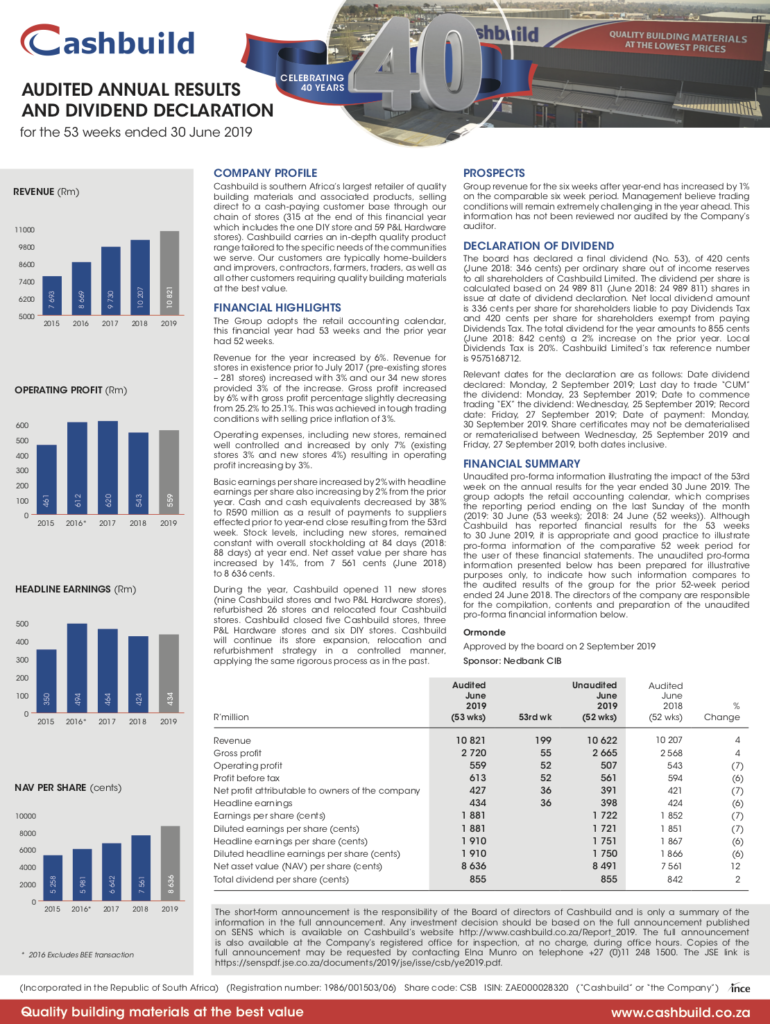