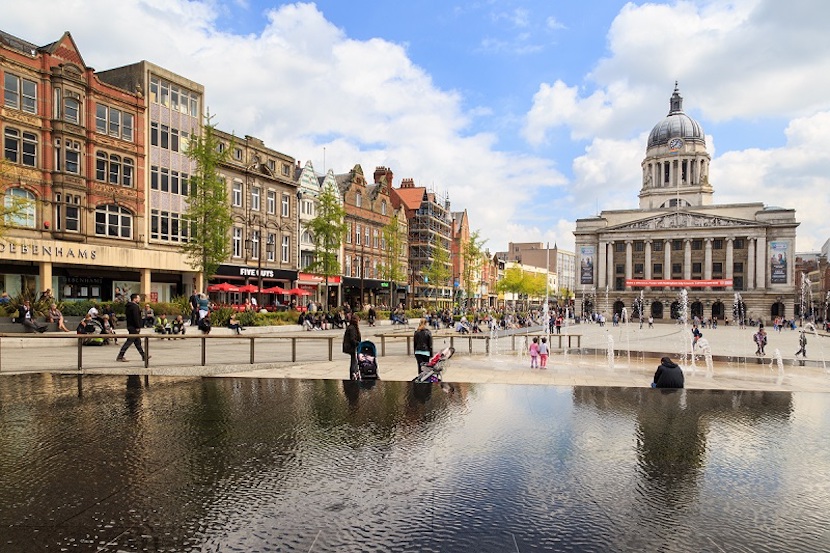 Nottingham is one of the fastest growing cities for house price increases in the UK. Luton is also a favourite with investors, and here’s why…

Often overlooked for property investment, towns and cities in the midlands provides some of the best returns in the country. The rest of the UK is easily accessible from the midlands which makes it attractive to people who need to commute across the country for work or to visit relatives. With the arrival of HS2 it will be even easier, Nottingham will be connected to the HS2 via Toton which will cut travel times to London to just 52 minutes and it will take just 33 minutes to travel to Birmingham.

Alongside its convenient location, the midlands is home to many historic towns, some of which have been voted as some of the most desirable places to live such as Shipston-on-Stour and Ludlow. It also boats vast expanses of varied countryside and landscapes such as the Peak District and the Lincolnshire Wolds area of outstanding natural beauty.

The housing market in Nottingham

In terms of house price growth, Nottingham registers the fastest growth of any city in the UK at 7.5% year-on-year. As prices rise from a low base there is still scope for investors to take advantage of any capital growth. There are approximately 43,300 students studying in the city of Nottingham, and the University of Nottingham is well ranked across the UK and worldwide. Upon graduating, many stay in the city and this provides opportunities to investors to achieve good yields and capital growth once the graduates have the savings to purchase a house.

Nottingham’s economy is growing faster than most other cities in the UK, so people are choosing to work in the city rather than commute elsewhere. Nottingham regeneration projects including the £250m scheme to improve the accessibility of Nottingham from the south have inspired enthusiasm in the city. Nottingham also leads the way with regards to technology contributions in the UK, and the new £30 million BioScience building at BioCity cements its position and brings more jobs and professionals to the city.

Not only has Nottingham experienced regeneration with regards to its infrastructure and economy, facilities such as the Broadmarsh Centre are due to be refurbished to improve its shopping and dining options which will make Nottingham an enviable retail location. With all the regeneration underway, it has made property in Nottingham more attractive as people want to live close to work and recreational facilities.

Shifting down the east midlands line to Luton

Although not technically in the midlands (although sometimes classed as being in the south east midlands), the east midlands line does connect Luton with London, and by train it takes as little as 25 minutes to commute between the two places.

According to LendInvest’s Buy-to-Let annual index, Luton is the fourth best area to invest in the country. Luton offers itself as a viable alternative for those finding themselves priced out of the London housing market or for those who need to travel across Europe as London Luton Airport is conveniently on their doorstep.

Luton has an overall average house price of £261,124 making it one of the most affordable commuter towns for London, the affordability has increased its appeal as house prices have increased by 13% since 2016. Comparing that to London where the average is £727,767 and prices have only increased by 5% since 2016 and you can understand why people are choosing to invest in Luton where prices are lower but rising at a more rapid pace.

Luton’s population is also increasing at a faster rate than they are building houses in the town; with approximately 430 houses being built a year yet needs 1417 houses to be built to meet demand.

Although its history of hat making (Luton produced 70 million per year, and Luton Town are often nicknamed The Hatters) is almost forgotten, there have been efforts to stimulate employment opportunities in the town. The Luton Airport Enterprise Zone is just one example of this. The Enterprise Zone will consist of three linked sites over 395 acres of land. The total number of jobs created by the Enterprise Zone is expected to exceed 10,000, and this will add to the housing demand in the city.

At present the train station for Luton airport is not situated conveniently for the airport, however plans are in place for a new £200m Luton Airport Parkway station that will connect the airport terminal to London from 2020. Improved transport links will further put Luton on the map. 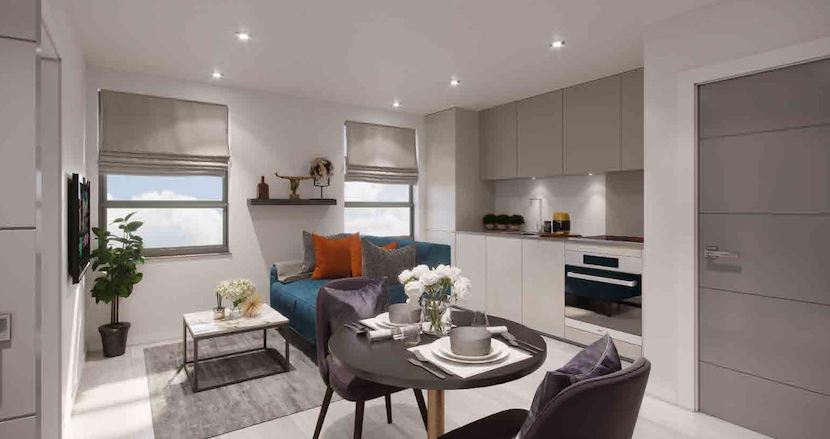 Luton LU1 is a completed buy-to-let investment opportunity consisting of 66 studios, one-and-two-bedroom apartments starting from £139,995. Just a 10% deposit is needed and there is a rental yield of 6% guaranteed for 12 months. The apartments are suitable for people working in the centre of Luton as the development is located on the fringe of the city centre. Being just a ten-minute walk from the station, Luton LU1 is also ideal for those working in London as they can get into the city in as little as 40 minutes.

From Nottingham in the midlands down the east midlands line towards Luton, there are still pockets of the UK where buy to let is profitable and the ability to achieve good levels of capital growth is possible. Nottingham has one of the fastest growing housing markets and Luton is the fourth best area to invest in buy to let property in the UK and we think investing in property in either location would be a prudent move.

Why invest in UK property?

Recently, South Africa has experienced some violent episodes. In Johannesburg, rioters have caused chaos, torching vehicles and looting shops many of which were owned by foreign nationals. We have observed that the current sentiment has shifted towards moving money out of the country. Many have grown weary of the problems South Africa faces and see stability as an ever-unlikely end goal.

You may be interested in investing overseas, at least for the time being when things look uncertain in South Africa. Contact One Touch Property today to learn more about investment options in Luton and Nottingham and other opportunities to invest in UK property. One Touch Property will be in South Africa visiting Durban, Johannesburg and Cape Town between 7th and 18th October 2019. They will be holding one-to-one consultations with potential investors providing them with guidance regarding the UK property investment sector.