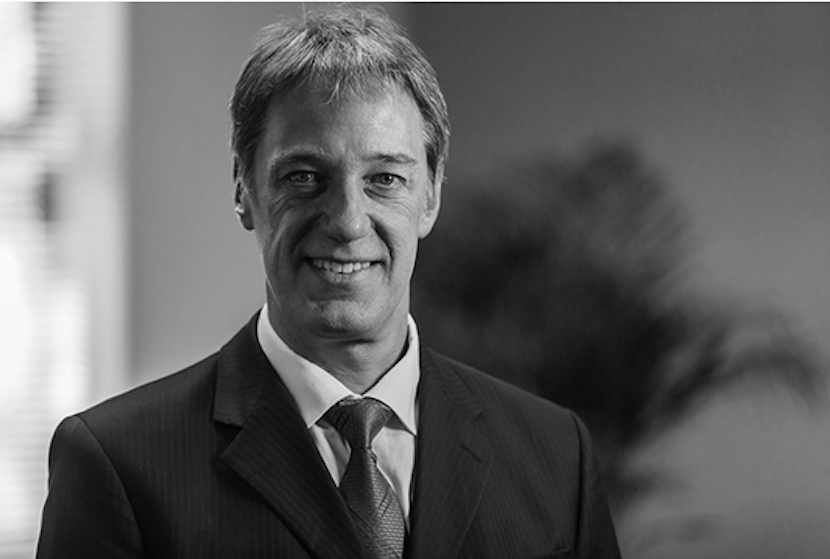 In this interview on Rational Radio, founder and CEO of Bright Light Solar, Kevin Shames, unpacks how the company’s Prospectus is able to project a 21% effective return for high end taxpayers. It’s a three pronged support: the immediate write-off against taxable income; the twice yearly dividends; and a guaranteed repurchase after the initial investment period expires on five years. For more information from Shames and his team, click here. – Alec Hogg

Kevin Shames joins us now from Bright Light Solar. We’ve been talking to Kevin over the past few weeks about the unusual investment prospect that Bright Light Solar offers South Africans. I thought it would be a good idea today Kevin, if we could actually interrogate the statement that you can deliver a return of 21% after tax to those who have now seen your prospectus and have read it and presumably are going to be investing with you. Please start at the very beginning. How is it possible for a company – any company – to deliver that kind of return to investors?

Thanks Alec. So the return is made up of three components. The first one is the section 12J allowance. That is a dispensation that National Treasury has granted to investors, that if you invest in an approved section 12J scheme, you get to deduct the full cost of that against your taxable income. What that means is if you are a marginal taxpayer, paying 45% tax, you get to deduct 100% of your investment and therefore SARS is effectively contributing 45% of your investment capital. So that forms the first part of the return which is a 45% actual cash back in your hands, because it’s tax that you don’t have to pay, which then effectively flows back to you.

Sounds a bit like Outsurance in that way, but what are these 12J companies? How do you get approved?

So there are lots of hoops to jump through.

It takes a long time. You’ve got to have experience. You’ve got to be a key individual and they do interrogate all of that – as they should – from a regulatory point of view.

So you get your cash back in year 1 – because of the tax incentive – but where does the other return come from?

The other return comes from what we do with the capital. We then go and invest in fully funded renewable energy projects. What that means is we take the capital that investors invest in Bright Light Solar and we invest it in physical assets in the form of solar photovoltaic, solar thermal and – as we mentioned last week – atmospheric water generation plants and we pay the full capital cost of that for the customer. What we then do is we sell them the electricity, the hot water, or this filtered drinking water – via power purchase agreements – by long term contracts where they agree to buy that power, hot water or filtered drinking water, over the long term from us. That is at rates that are at discounts to what they’re currently paying for their existing utilities.

That sorts that out but how secure is the investment?

The investment is very secure from the point of view of the cash flows to a custodian, we don’t get to access the cash. We have an independent custodian – they’re called Gale – and they are also regulated by the FSCA. They control all the cash that investors have deposited. The way we get the money out is we have to have approved Investment Committee minutes, signed by either the chairman – who is an independent non-executive director – who then approves the release of cash which then flows from Gale to our underlying qualifying company. So there are lots of of hoops that we have to jump through, there are lots of safeguards for investors.

So when does the investment or the prospectus – which we spoke about a couple of weeks ago – close off? In other words when is the final deadline to participate?

If I can just finish off the previous discussion, the third part of that 21% after tax return, comes when an investor wishes to exit, we will buy the shares back from them from year 6 onwards. They don’t have to exit, we recommend that they stay invested for the long term, but for anyone who wants to exit we will provide that liquidity to them. Those three areas combined, the 12J allowance, the semi-annual dividends from year 1 and the value of selling the shares in year 6 six, combines into a 21% return.

So the third one was the one I was missing but you have an effective return – is that after tax?

That is after tax, after fees and after dividends withholding tax as well.

It’s irresistible, but how long have you got to get the money together to make the investment?

Our prospectus closes on the 24th of February and an investor would need to complete all the application documents, send us all their feature documents and make the deposit into the bank account by 5 o’clock on the 25th of February. It then closes, we then submit all of that information to our cash custodian and administrator and we’ll then get them their IT3b’s back by the 28th of February to facilitate them claiming that tax deduction immediately in the current tax year.

How big a process is that?

It’s a bit of a process but we are working with professionals who’ve done this for a long time. Obviously they’ve got to pull out all the stops to deliver it but they’ve given us an undertaking that they’ll do so.

It’s quite a quite a quick process. The most important thing is to read the prospectus and to understand what you’re investing in. So people shouldn’t look at this just as a tax break and a way of avoiding tax. You are investing in a company and you need to understand what it is that we do and what the risks around that are. That really depends on the investor and how long they want to spend in understanding that. In terms of the documentation, it’s relatively simple. It’s completing an application form and giving us their FICA documents, we provide guidance through that process which is quite easy and then it’s obviously making sure that the money hits the bank account by the 25th of February.

And the minimum investment?

The minimums are R100,000, the maximum deduction that an investor can claim – in the current tax year – is R2.5m for an individual or a trust and R5m for a company.

So this is really free cash flow that an investor needs to have available. It’s typically more than what you would be earning. It’s investment capital but – no I haven’t done the numbers in terms of what it is – and please bear in mind as well, that the forecast returns that we are projecting assume that the investor is paying a 45% tax rate, in other words that marginal rate only kicks in for earnings over R1.5m a year.

So if you’re earning R35,000 a month and you’re paying your PAYE every month, if you’ve got capital saved on the side you can then take – and I don’t know if the numbers are right – but let’s just use this as an example. You’ve paid R100,000 of your R400,000 that you’ve earned this year. You’ve paid that in PAYE . If you then make an investment of R100,000, can you in your tax return, write it back this year and say I want to reduce the amount of tax that I’m paying by this R100,000 because of this investment?

Yes that is exactly correct. The only thing is that the taxable income then is calculated on R300,000 because you earned R400,000, which is taxable income, you then deduct R100,000 that you’ve invested in the 12J and then it is calculated on the R300,000. The benefit there is that you’ll probably drop into a lower annual tax bracket and then also get a refund on some of that PAYE that you have paid.

So you won’t get it all back?

How long do you have to have the money tied up for, to take advantage of this?

Section 12J does set out that requirement – an investor needs to stay invested for at least five years – so you’re looking at 61 months as your first opportunity to exit without having a recoupment on your 12J allowance.

I think it’s pretty clear now exactly what the opportunity is. Obviously if you’re a very high income earner then it makes the most sense of all, but even for people who are earning R30-R40,000 a month, there is an opportunity here if you’ve got cash available on the side. I’m going to do some numbers on whether it makes sense to take the money out of your access bond and make that investment into this because with the kind of returns that the 12J allowance – and the special benefits from the renewables – give you, it might well make a lot of sense. But we’ll talk to Kevin about that next week. For more information from Shames and his team, click here.