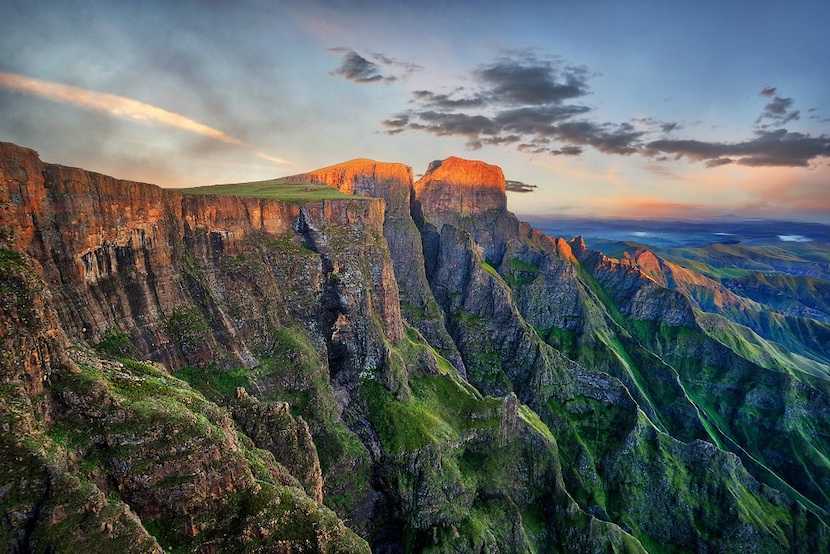 Philip West, of Champagne Sports Resort, joined BizNews founder Alec Hogg to take a walk down memory lane. Nestled in the heart of the Drakensberg, Champagne Sports Resort offers numerous amenities to guests, from a relaxing spa to a conference and exhibition centre. West delves into the history of the luxurious resort. For more info on the BizNews Investment Conference taking place in the Drakensberg next week, click here. – Jarryd Neves

I’ve been there 22 years. It’s been going for 30 years, that the current owners got involved in it. It was just after Kevin Curren sold it, the tennis player. He and his partner then sold it to the current family. I believe his motivation was to have the tennis resort in the Central Drakensberg. Kevin came from Durban and had a love for the ‘berg. That’s why he decided to look at central Drakensberg. We still have five tennis courts in total.

I don’t know if it was successful or not when Kevin was there, but it was just timing with tennis because he was ranked, I believe, at number five in the world at the height of his career. He then decided to focus on that and sell out to the current family that’s still the owners of 30 years.

I’ve always been in hotels, some 42 years in the hospitality industry. I’ve been in this country for 31 years. Before I was at Champagne Sports Resort, I was general manager of The Edward Hotel in Durban, on Marine Parade.

On the growth of the resort:

When Champagne Sports Resort started off, it was a 62 bedroom hotel. There were 21 chalets and there were two conference rooms. It now has 152 hotel bedrooms, 93 chalets, 16 function rooms and a championship golf course ranked number 29 in South Africa.

On the championship golf course:

Our golf course is 18 hole, obviously, ranked number 29 in the country this year, in the top 100. I stand under correction, but we had the longest hole in South Africa at one time. That was the first hole which was 605 metres – you need a long drive to get up there. You started off on the 605 metre hole and then going on to the stroke one on the second hole. It’s a long course – just over 6,100 metres in total – of 18 holes of pristine golf.

Everywhere you go on that golf course, you just facing the mountain. You’re either teeing off or you’re putting out looking at the mountain or – certainly dependent on your drive in the fairway – you’re looking somewhere at that mountain, the whole splendour. We started building the golf course in 1999.

The vision was then to have the only golf course of that stature – of 18 holes – and then progress it to where it is now. We’ve learned over the years that golf course takes time. You need nature to bring it all together and give you the backdrops, the strength of the fairways and all that sort of stuff. It’s very much a long-term plan.

On the expansion of the resort:

The expansion of the hotel came, because you’re always going to – as you will now with your leisure market – fill your weekends. So what do you do with midweek? That’s where your conferencing market came. So again, we saw a niche in the market, whereby we used to be able to do 200 for conferencing.

Then we realised that the market was out there for larger conferencing, going all the way up to which we can now, which is just over 1,000 people. But the key is to be able to sleep them as well. Hence the involvement up to 152 bedroom hotel and obviously the 93 timeshare chalets that we can access now and then, to get in for the larger numbers of the conferencing market.

Covid-19, like everyone in the hospitality industry throughout the world, has hit us very hard. But we are in a position because of where we are at Champagne Sports Resort – the Central Drakensberg – to come out of it strongly and quickly.

On where Champagne Sports Resort is situated:

We’re four hours away from Johannesburg. Once you’re through the roads of Johannesburg, it’s an easy drive into Central Drakensberg. It’s a comfortable two hours from Durban and from Richards Bay, it’s three hours. It’s a four hour drive from Bloemfontein.