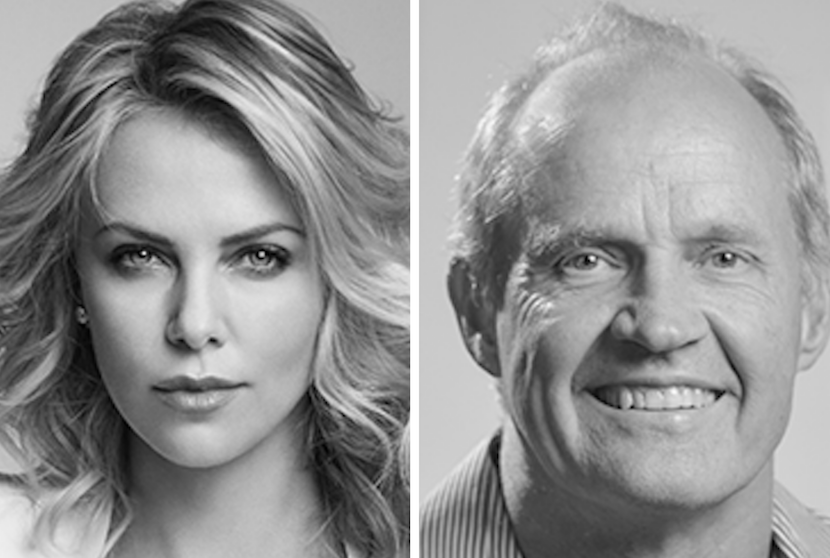 Following the popularity of previous instalments of PSG’s Think Big Series which launched in 2020, four thought-provoking webinars will be launched over the next few weeks, featuring amongst others, Oscar-winning and globally acclaimed South African-born actress Charlize Theron, and Gerrie Fourie, the CEO of the country’s third biggest bank, Capitec.

“Our upcoming Think Big series of webinars will see leading voices in their respective sectors exploring poignant issues like women in leadership and the future of South African SMEs. We are confident that in a time of unprecedented instability, our dialogues with this line-up of speakers will shed light on current affairs,” says PSG Chief Marketing Officer, Tracy Hirst.

Since inception the Think Big Series received almost 70 000 registrations and similar views of the recordings. It is a fascinating collection of dialogues hosted by expert financial journalist, Bruce Whitfield and top PSG executives that feature high-profile speakers. The series of webinars addresses key South African concerns in uncertain times. 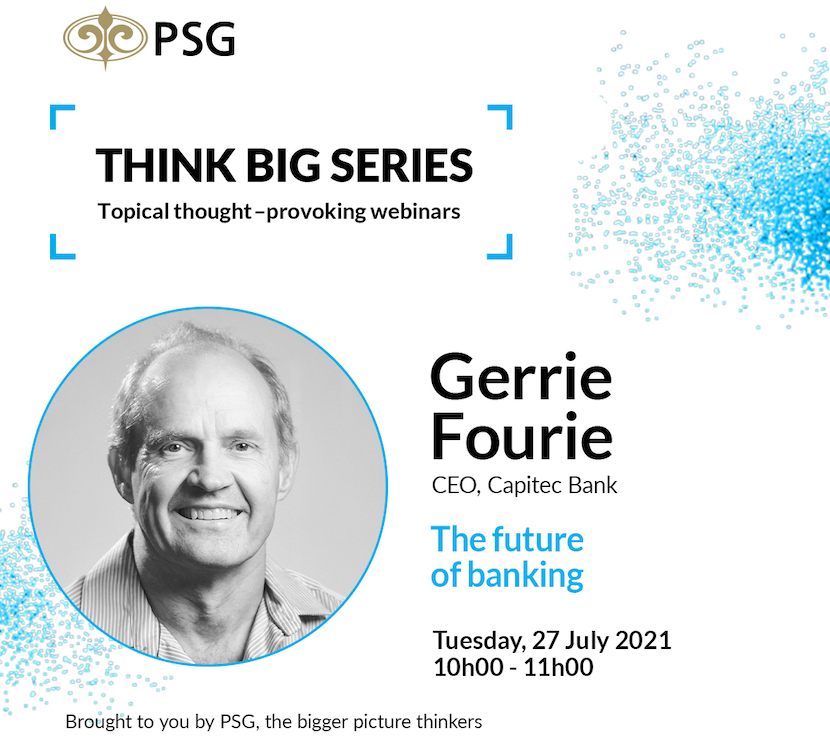 The series will kick off with the CEO of Capitec, Gerrie Fourie, who will weigh in on what the future holds for aspiring innovators in the banking space. Gerrie was part of the founding contingent that launched what today is regarded by Brand Finance Banking 500 as the third strongest banking brand in the world, and his views on the way forward for banking are sure to be fascinating.

Answering the question: “What does tomorrow hold for South Africa’s Constitution?” Roelf Meyer, Director of the In Transformation Initiative and a veteran of South Africa’s transition to democracy, will provide his insights on electoral reform. One of the biggest challenges that lies ahead for the Constitutional Court is the implementation of a new system that will allow  independent candidates to stand for election.

Fittingly during Women’s Month in August, Charlize Theron will share her insights on the prospects of women as the leaders of the future. Although famous for being an actress, Theron is an ardent advocate for gender quality and as an active campaigner in the fight against HIV.

In the final instalment of the current series, founder and director of business and leadership transformation specialist, Beyond Binary, Mike Stopforth will advise C-suite leaders on essential skills and strategies needed to navigate the age of digital disruption. Stopforth is one of the foremost authorities on digitisation and is a successful global speaker, author and entrepreneur. His Think Big webinar will hone in on the future of small and medium businesses – a topical issue given the importance of small business to South Africa’s business future, as highlighted by President Cyril Ramaphosa.

Think Big webinars are open to all members of the public and are free to attend. Previous recordings are available via PSG’s YouTube channel.

Book your virtual seat for the upcoming discussions:

More information on the series is available at https://www.psg.co.za/news-and-publications/events-and-webinars