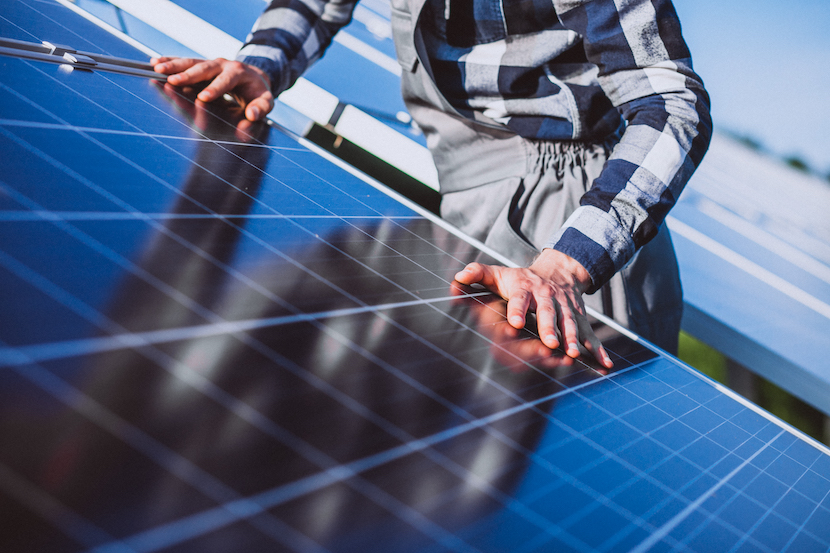 In the fifth episode of the Standard Bank PowerPulse podcast series, BizNews founder Alec Hogg is joined by Deerosh Maharaj, Senior Manager for Natural Resources, Power, and Sustainable Solutions at Standard Bank, and Kevin Ssemwogerere, Corporate Venturing Lead in Wholesale Clients Digital for the Standard Bank PowerPulse platform, to discuss how the platform has been received thus far. They also look at the common pitfalls associated with investing in solar PV and how PowerPulse aims to help its clients avoid these experiences altogether. – Claire Badenhorst

Deerosh Maharaj on how the platform is being received by clients:

We had our first client confirm an order recently and coming up to this point, you know, the appreciation and the feedback from clients has been very encouraging. So where we’re sitting now, we’re feeling more and more confident as the days pass that we [are] on the right track in terms of what our intention is, which is to uplift the industry and deliver value.

Kevin Ssemwogerere on the benefits offered by alternative energy sources for people operating in a commercial environment:

PowerPulse has been established to meet the [current] challenge in our country’s power sector with unstable electricity supply and more predictability around the cost of electricity. Alternative energy sources, such as solar, is definitely one of those answers as a technology option and at the end of the day, what we’re trying to promote here is an environment where businesses are able to source reliable power at predictable costs, which therefore impacts the bottom line.

In terms of the PowerPulse offering from Standard Bank, we’re trying to bring together the fragmented aspects of the power industry, given the challenges we currently observe out there, by bringing them [together] with trusted solution providers or solar installers, but at the same time, giving them much more knowledge, education and intelligence about what it means to implement alternative energy means, such as solar. We’ve developed quite a robust process around that, which I think gives businesses in the commercial and industrial space more confidence [to] explore alternative energy means, and we’re starting to see quite an uptake in the solution so far.

On the benefits of a company investing in its own plant vs buying from a third party supplier:

It’s not a straightforward answer. There’s the phenomenon of IPPs — independent power producers — but also there are purchasing power agreements, which can give you that variability in terms of the options you can explore. There are various nuances, depending on the option that best suits you. I think what one would assume in the instance where you’re producing your own power is that you have more control over the narrative about the reliability of the power, and also you have more predictability in terms of the costs.

Where you have sort of an onsell of electricity to you, depending on how they produce it, yes, you could have legal operating agreements, service level agreements, to ensure — in terms of that PPA structure — that they meet your needs. However, at the end of the day, you sort of defer that level of predictability in terms of reliability of electricity and also predictability of cost because you are outsourcing that production capacity. I think having more control and predictability is probably one of the underlying benefits of producing your own power given this new regulation of the 100-megawatt threshold that has been announced, as opposed to distributing that capacity to a third party.

Deerosh on the risks associated with solar power:

That’s a very good question. If I were to look at three main areas that need to be considered, it would firstly be the system design and the implementation, and that’s where things could become challenging at the outset. So if you’re not dealing with a credible operator, you’ll generally find there’s a good chance the equipment that has been recommended does not meet the correct standard. If you are basing your decision on underlying cash flows and savings that you envisage would materialise, firstly, if the equipment’s not at the relevant level of quality — being tier one panels, inverters, and so forth — you’re going to have challenges.

The second part is the implementation of the system. The implementation of the system is absolutely important because there’s no sense having quality equipment that has not been deployed or implemented correctly because once again, you’re not going to get the maximum benefit from that system. And there’s a good chance that the system may not be allowed to be switched on, and I’ll touch on that in the third category. So a second component [revolves] around the operation and maintenance. Remember, these are long-term assets. When you install a solar PV system, provided that it’s of the appropriate quality, you [are] really taking a 20- to 25-year view in terms of its useful life and the benefit you’re going to derive from it because that’s how long the performance guarantees linked to these systems run for. The first year is generally pretty simple and these systems [are] quite robust. They’re quite resilient when designed and implemented correctly, but in year two or three, something could go wrong, and if you don’t have an operation and maintenance backup, you could be sitting with downtime of a week. That could eat into the envisaged savings you initially hoped to achieve. So that’s an important component. Once you’ve implemented the system, having an operation maintenance service provider to support you is very important and generally very cost-effective, and generally, it’s quite well absorbed within the savings model that solar PV provides.

The third portion, and this is probably the most important from what we’ve seen recently, is the legal and regulatory component. You’ve got to ensure your system and the team that is implementing the system is supporting you through that legal and regulatory process. We’ve seen scenarios where clients have contracted with non-approved or not credible operators They’ve paid cash for systems to the quantum of R12m sometimes and they literally weren’t able — up to three years down the line — to switch on the system and derive the benefits. When we’ve gone and carried out due diligence on some of these challenges, we’ve seen all of these scary variables coming out of the woodwork. That’s why I highlight that if this first category of design and implementation is handled correctly, you’ll find that the EPC or solution provider is guiding the client on the correct regulatory process.

The regulatory process is actually important because it’s not designed to restrict things, [rather] it’s designed to ensure that as a grid, the system now adds to the infrastructure. It doesn’t take away from it and cause problems down the line for another user of electricity and doesn’t create dangers for technicians and linemen working on the infrastructure. So those are the three important categories, and you’ll generally find that if those boxes aren’t ticked, the client will end up not experiencing the benefits they envisaged from implementing these systems.

Kevin on the ‘boxes being ticked’ by PowerPulse:

Based on the clients we’ve put through the PowerPulse digital platform process, we are [receiving] confirmation of certain assumptions but also learnings. What we are definitely finding is that the entire PowerPulse process is empowering the clients to source solar as an alternative means of power generation much more efficiently than without the platform. Just in terms of turnaround time, we’ve had a client who was sourcing different proposals for about six months, and when they were introduced to Standard Bank PowerPulse, we were able to speed up their decision-making process within about four to six weeks, and they’re currently at the point of contracting where we are playing a pivotal role in helping them to work through the proposal that has been put forward by their preferred solar installer and present those facts for investment approval to their board.

At the same time, there are certain commercial learnings coming out of that. For the purpose of facilitating and finally contracting the installer, we’re able to observe a framework around what the client prefers to operate. After having the full transparency of the comparison of different proposals, such as a letter of intent to secure solar panels, given the scarcity we’re currently seeing in circulation and to secure the price, owing to the fluctuating demand and supply right now [because of] various economic factors — they would like to secure the solar panels at the right price, given their approved funding budget from their board.

In addition, we have a detailed needs analysis where we give them that insight and intelligence around [whether] they are a suitable candidate for solar before they even consider it going forward. Then we simplify, through standardisation, the various proposals that come to the client through our platform from our vetted solution providers and installers so they can compare like for like and apples for apples and make a much more guided but certain and comfortable decision as to who to go with.

I think those are the key highlights of how the PowerPulse process is delivering value to the clients who are experiencing it. It will be exciting to see it being improved and fine-tuned even further with automation aspects in the client journey to get even more cadence in the process and have clients sourcing their solar more efficiently.