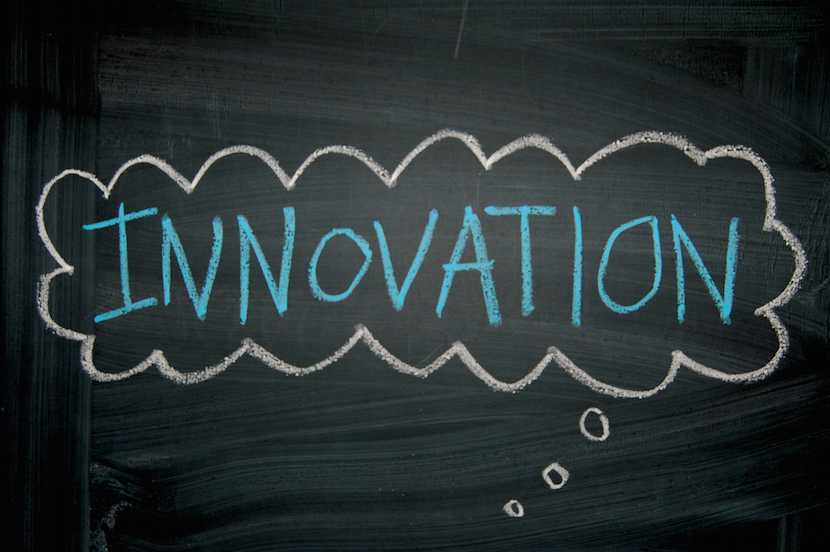 *This content is brought to you by Thomas Oosthuizen

There is a famous quote by Warren Buffett, “The single most important decision in evaluating a business is pricing power. If you’ve got the power to raise prices without losing business to a competitor, you’ve got a very good business. And if you must have a prayer session before raising the price by 10 percent, then you’ve got a terrible business”.

We all talk about Tesla. We buy Apple phones at inflated prices but struggle to increase prices at our own companies. Tesla and Apple are companies inspired by ideas. Their value is exponential.

Ideas drive value. The building blocks do not. One Lego block is useless.

Mediocre ideas, me-too products and lethargic processes, devalue the currency of ideas. The next step is commoditisation, the end-fate of many.

Why is this the state of probably 70+% of large companies?

The correct ROI for today, is the Return on Ideas. That is what new companies do right. Make ideas a currency with value. Inspiring to all. One all can be measured by. That staff wants to do.

Customers buy the value of ideas. That is why Chanel and Amazon makes good money. The irony is, of the top brands today, luxury is one area that lost least of its value. They started from ideas -craftsmanship people pay for.

A Buffett “prayer meeting” is a hard yardstick of an idea deficit.

Ideas make direct comparisons between products impossible. Then you compete against yourself and your next idea.

Richard Serra, one of the most famous sculptors today, wanted to be an artist from an early age. The only issue was there were many artists so he would just be another one. One day he was sitting with a drawing and crumbled it up and threw it on the floor. Literally dismissing it. The piece of paper made an arbitrary shape as it fell. With that came the realisation – why can he not create art that people not only look at, but partake in? Even co-create?

Perspective is a driver of ideas.

When boards, management teams and employees become so focussed upon process rather than outcome, a company is in a logjam.

Ideas come from thinking outside-in. The problems you solve for customers. They are not interested in your processes – or more of the same.

When I use Uber, I don’t need to know how it all works. It makes my rides easy. A simple idea.

Observing how a bus conductor punches passenger tickets started the evolution of punch cards in the early days of computing. This became International Business Machines, as IBM was then called. It only required viewing an insignificant thing from another angle. “What if we can …”

The history of computing consists of small increments of ideas.

Few ideas are “Eureka” moments. They come about because of new questions, reframing problems, learning from others, entirely new businesses and insight into unrelated things.

It is significant that brands like Google, Amazon, PayPal, Alibaba, Spotify, Netflix, Tesla and Apple were conceived of as ideas instead of as outcomes of planning systems. If we compare that to the legendary planning processes followed by Jack Welch of GE, there is no resemblance. It does not mean GE was wrong for its time, it just means that new technologies make idea-based thinking far more viable than before.

Of the major impediments of new ideas in the past, technology, AI, machine learning and its associated costs, is now readily available and scalable with cloud systems. Hence, without dramatic re-engineering and costs.

Yet, as people we do not change.

Change is possible even when it seems impossible. In an MIT Sloan blog of 16 Dec 2021, Jennifer Edgin, Assistant Deputy Commandant for Information at the US Marine Corps, asked herself as she sought to implement dynamic change in an organisation residing within the walls of the Pentagon.

To Edgin, the ensuing framing is problematic, “A sentiment of ‘that’s the bureaucracy and therefore we can’t change it or improve it,’ is an impediment to any kind of improvement effort,” Edgin explains.

Ideas even come before it is “possible”.

Gaudi was a Spanish architect that emulated shapes from nature. Yet, when he conceived of his masterpiece, the Sagrada Familia, the technology and materials to build the church did not exist. His thinking was so advanced, that he conceived of an idea that will finally come to fruition more than 100 years after his death.

Zaha Hadid, the late British-Iraqi architect, did the same. Ideas with unusual conceptual origins. She created a new language-system of ideas. And created a large global company.

This is the nature of ideas; constraints are the enemies of ideas. Once defined, it can be scaled back, but if constrains inhibit potential, no change is possible. That is why design thinking starts wide and narrows down. Cross-disciplinary, always. No boxes.

Valuable ideas require the same resources as parity thinking. They are wasteful.

Should we not start to measure an executive team by its currency of ideas?

By ROI – Return on Ideas?

The aptitude to risk is an impediment to ideas. Like a visionary client told me many years ago, “too much success in the past is a sure recipe for failure in future”.

About one year ago, a McKinsey survey found that 89% of executives believed innovation is the way out of Covid-19. This was how some companies thrived after the sub-prime crisis of 2008.

Yet, fourteen months later, a survey of executives by Gartner commented on marketing spend. Their actual spend projections were all based upon short-term results. This when furlough schemes kept most large companies in business through Covid-19. WFH and the acceleration of online meetings are good but not new ideas.

So why risk if not forced?

“Attacking yourself” remains the best defence. I have experienced it often. Make it impossible to be compared to any vying for the same customer dollars. Then you can do what Warren Buffett says. Cannibalising yourself works for the right reasons – I must still see this fail when done correctly.

Companies are caught-up in a cycle of linear planning. The design of their businesses dictates what they deliver in future. If companies are siloed, there can be no multi-disciplinary thinking, one of the main ingredients that is behind the best product ideas.

We are trained in boxes and think in boxes. We do not move between boxes.

Make executives accountable for their idea EQ that creates new value and barriers-to-entry.

The use of disciplines like biomimicry, stretches how we leverage one area to use elsewhere. The ability of fabrics is changing clothing entirely, why do I have to wear a coat when technology can warm-up a T-shirt? Idea stimulation is ample.

With all the change in IQ, we have not kept up with EQ.

It is time for “EQ Inside” (apologies Intel).

When we value the ROI of ideas, the new tools are just enablers. Not the holy grail.