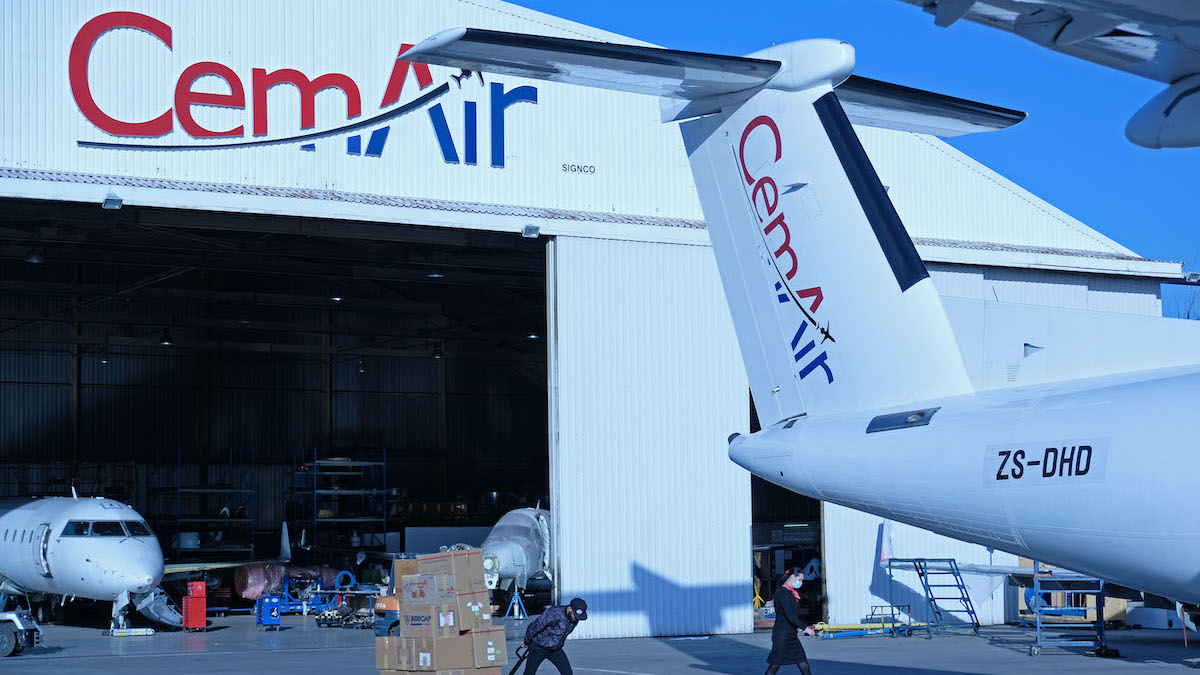 During the worst of the insanity in SA’s airline sector, Miles vd Molen’s Cemair stopped servicing the industry’s Joburg/CT/Durban ‘golden triangle’ as it realised how first taxpayer (SAA) and then creditor’s capital (Comair) was used to subsidise travellers in an attempt to bludgeon competitors into bankruptcy. Now that those market’s distortions are over, Cemair has invested heavily and with a significantly increased fleet recently returned to servicing SA’s three biggest airports. Its capacity has risen fourfold (1m passengers annually) from the pre-Covid number of 250,000. And there is lots more growth to come, not just in SA but also in neighbouring countries as it secures licences to expand flights into neighbouring countries. Entrepreneur van der Molen, a pilot himself, explains how Cemair waited seven years for the market to normalise and is now expanding aggressively (but he says sustainably) into the vacuum left by the demise of Comair and dramatic downsizing of SAA.

Excerpts from the interview with Miles vd Molen

Effectively, three operators are left: Airlink and SAFAIR. SAA is operating obviously on a limited basis. We’re all heading capacity quite quickly. The market seemed to come back quite strongly in October, which caused a further stretch. We found out after Comair stopped operating at the end of May, June. Certain routes there was pressure on, but many there weren’t. But it seems that there’s been an increase in demand. And even though we and other carriers are at capacity a little bit behind the curve at this point, we’re continuing to do that. The lead time on adding capacity is slow – lots of training, lots of stuff needs to be done. But we expect in the next couple of months that we’ll probably start seeing about a rightsizing of demand to capacity.

We’ve added four aircrafts this year so far, and we’re going to be adding another six aircrafts over the next six months. We expect to be in the reach of a million passengers a year annualised post-June. We will be expanding from there. We’ll continue to add capacity for some time to come. Pre-COVID, I think we’re at about 250,000. So it is a substantial increase here.

On how Cemair is able to afford this new transition

We’ve got strong partnerships. It goes well beyond the banking sector with the aircraft owners. And they’ve been watching this market quite closely. In fact, they’ve been involved with supporting Asia Express back in the day with the market. So it’s been quite easy to get those people to add further support. You know, it’s a unique time in South African aviation. I think everybody recognises that the market is characterised by the large state carriers and Comair, all of which were with a strong value, as we can see as history shows. And this isn’t a COVID problem. This is pre-COVID. Change was always coming and we were kind of biding our time on the sidelines waiting for the industry to normalise. And we see this now, is this the next normalised phase of the industry as it regroups post COVID.

We started off the Golden Triangle, as it’s called, the Jo’burg, Cape Town, Durban triangle. It carries about 80% of South Africa’s domestic traffic. There were so many players and such an excess of capacity that we chose to stay off that. We’re now pretty strong on all three of those routes and we intend to continue to build capacity there. And that’s really where a lot of that expansion was possible.

On the Jet fuel shortages

It’s a huge concern. We’ve seen three shortages in the last six months. Twice in Johannesburg and then once in Cape Town. And there is a concern that the current stock in Cape Town may not be sufficient to have adequate supply until the next replenishment. One of the problems they have is that because there are no refineries producing jet A1 at the coastal destinations at the moment, they’re reliant on imported products. And the lead time on that is very slow and very long in a market where recovery’s being a little unpredictable. So quite a few factors where we’re finding it difficult to predict how important aspects will unfold. Visas are another one – we’ve seen a lot of people battling from the South Africa side and foreigners. You know, travelling across borders So, yes, all of these things do weigh in on a fragile recovery.

Yeah. I think it would be a good decision. I think any time it is a good idea. Booking late when there‘s instability and a prospect of some curtailing operations, I don’t think that’s realistic in the current market, so book as early as possible. Tuesdays and Saturdays are normally quiet days on the network and avoid weekends. You know, the weekend of the 16th of December is always sold out in many directions already. Just choose your date carefully and start looking at it.