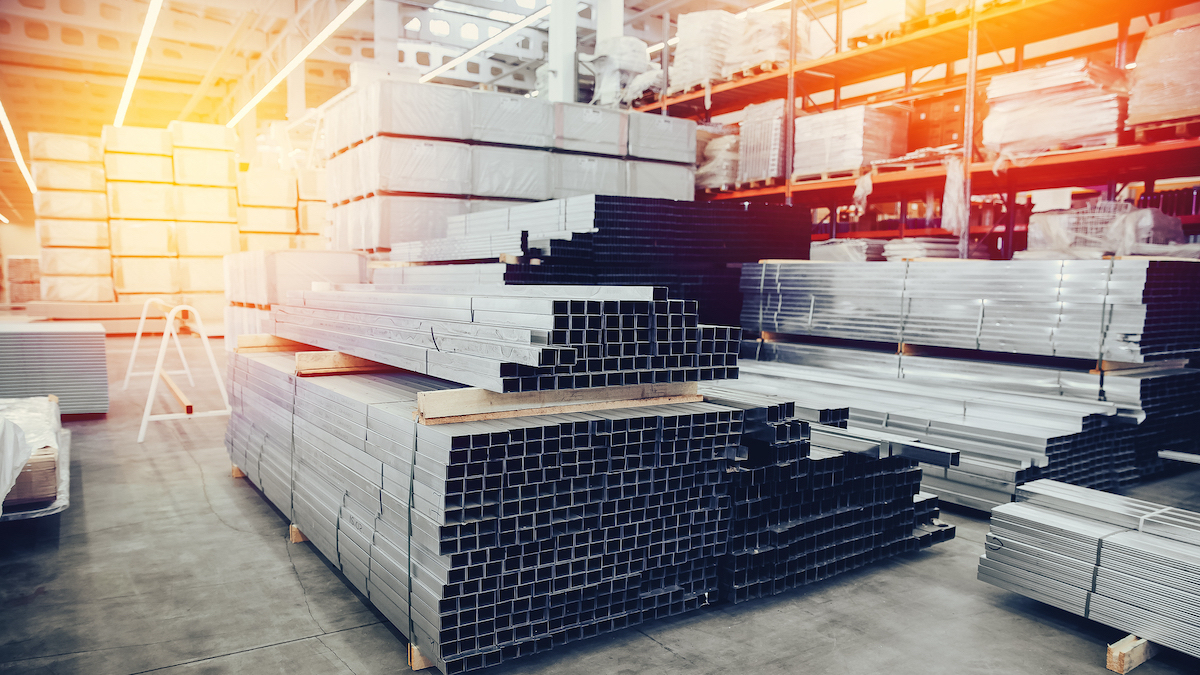 Steel manufacturer ArcelorMittal (MT.AS) has seen its shares fall from a high just over €33 to around €22.40 within the past year. If you look back even further, its shares peaked above €130 in 2008, meaning its long-term shareholders have suffered with nearly a decade and a half worth of declines.

Despite the downward trajectory in its stock price, ArcelorMittal remains perched near the top of the list of steelmakers worldwide, when measured by production volume. In a heavily commoditized and resource-intensive industry like steel, scale is important. As a result it’s a great question to ask whether ArcelorMittal’s share price decline has reached the point where its stock is now a bargain worth buying.

The troubles go beyond just the stock

A key issue facing the company is that it is an energy-intensive business based in Europe — Luxembourg to be exact — at a time when European energy supplies are scarce due to the Russia/Ukraine war. While ArcelorMittal has locations around the world, its Europe-heavy presence is certainly challenging at the moment. Indeed, the steelmaker is actively idling European capacity and lowering its demand forecast driven in large part by the high energy prices the continent is facing.

On top of the immediate threat faced by the European crisis, an energy-hungry industry like steelmaking is one that’s often targeted by environmentalists given its high carbon footprint. For the company to survive and thrive in a more carbon-conscious future, it needs to actively and aggressively invest in new technologies to get itself there. ArcelorMittal is making those investments, but it is a cost of doing business that has to be covered at the same time that European energy scarcity is having a huge impact.

Add the risk of a global recession to the mix, and you get a company where the market has very good reasons to worry. It’s this framework that pretty much summarizes why ArcelorMittal’s shares have fallen as far as they have. Whether those shares can recover — thus making them worth buying — depends heavily on whether it can both make it through the crisis from the war and make the investments it needs to for a greener future.

A decent foundation for its future

Fortunately, ArcelorMittal remains profitable even as the Russia/Ukraine conflict roars around it. The company generated nearly $9 billion in cash from operations in the first half of its 2022 Fiscal Year, which gives it a great source of money to make those needed investments. In addition, it has a healthy balance sheet given its industry, with more in current assets than total liabilities and nearly $4.5 billion in cash. That solid balance sheet gives it a buffer if its operations do turn temporarily unprofitable.

Analysts expect the company to earn somewhere between €1.32 and €5.95 per share in 2023, which means it’s expected to remain profitable overall. That holds even as it warns of idling part of its European capacity. All this points to a business that looks well positioned to ride out some rough times on the way to a potentially brighter longer-term future.

In addition, as awful as the Russia/Ukraine war is right now, chances are that there will need to be a lot of infrastructure that will need to be rebuilt once it finally does end. That bodes well for the company’s longer term prospects and the potential need to reignite its now idled capacity at some point.

Patience may still be needed

All that said, while a €22.40 per share price point looks cheap when compared to prospective earnings that may be as high as €5.95 next year, the market still has good reasons to be spooked right now. Between the war, high energy costs, and softening demand due to both the war and potential global recession, the market’s fear may retain control over ArcelorMittal’s stock for a bit longer.

As a result, investors looking to buy its shares on their price weakness might need patience to see through some continued near-term pain as they wait for that potentially stronger longer term future. The company looks capable of making it through, however, and its share price weakness means that patient investors could very well be rewarded over time.

European, American, British and Australian stocks are available to invest in via the EasyEquities platform. The ability to transfer Rands into global currency in order to invest can all be done within the platform in minutes.