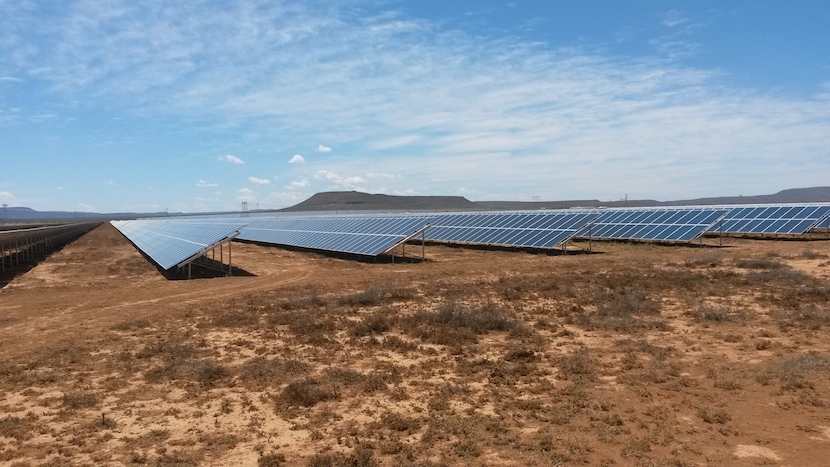 What’s stopping Eskom from cracking on with plans to build South Africa’s renewable energy provision? It doesn’t take a rocket science to see that developing a thriving green energy sector is vital in boosting economic growth by helping to keep electricity prices in check and reducing the chances of power cuts. Yet, the clever people running Eskom seem to be doing whatever they can to push back on South Africa’s renewable energy policy. Greenpeace, responding to reports that Eskom Chairman Ben Ngubane refuses to sign long-term agreements with private renewable energy producers, says Eskom has an “anti renewables campaign” and is holding the country to ransom, while the Department of Energy is displaying a toxic lack of direction. With the bad smell of corruption swirling around South African government departments and the controversial lure of lucrative nuclear energy deals in the limelight, it’s hard not to be cynical about why state-owned Eskom is ignoring government. As Liz McDaid, an energy consultant with NGO Southern African Faith Communities’ Environment Institute, notes here: at the very least, Eskom’s position is “worrisome”. – Jackie Cameron

Eskom’s position regarding the advent of renewable energy is worrisome. Alarm bells rang when we heard of the call by the utility for a halt to further renewable power purchase agreements (PPAs). Does this signal a preference for the more costly nuclear build programme?

South Africa has taken a policy decision to invest in renewables. This investment comes from international funders, and so far the results have been positive. Power plants have been coming on line on time and on budget. South Africa now has electricity generated from solar and wind and has been praised internationally for its success in this regard.

As highlighted in the IRP methodology-based calculations of Chris Yelland CEng, investigative editor of EE publishers, cost comparisons for new wind and new solar versus new coal show that solar (R0.87 c/kWh) and wind (R0.69c/kWh) are much cheaper than the anticipated costs of Medupi (R1.05/kWh) and Kusile (R1.19 /kWh) coal. The cost of nuclear power comes in at a costly R1.30 – R1.52/kWh.

Astonishingly, Eskom believes it is a bad idea to sign 20 year contracts for fixed prices. Over the last few years, we have seen Eskom coming back to the regulator over and over again, asking for increases way beyond inflation, and stakeholders have raised repeatedly the management failures that this demonstrates. Ordinary South Africans would like to see stable electricity prices, rather than constantly escalating electricity tariffs that burden poor and vulnerable households more and more.

How is it that a South African state owned entity can publicly take up a position that goes against the renewable policy of South Africa and not be censured? Also worrying is that Minister of Energy, Joemat-Pettersson – who purports to favour renewables – has not made any statement about Eskom’s behaviour, especially as the Department of Energy has been endorsing the role of independent power producers with the announcement of having an ‘expedited round’ follow bid window 4.5. Can we have a situation where the state owned utility, Eskom, is determining changes for the government?

The cabinet shelved the 2013 version of the IRP that downgraded the role of nuclear energy. Three years later, with the cost of renewable energy falling rapidly internationally and at home, we should see the amount of renewable energy in a new IRP being significantly increased.

So we have to ask, is the tail wagging the dog? What right does Eskom have to refuse to back the government’s renewable energy policy, making it seem that it prefers we all remain in the dark-ages.