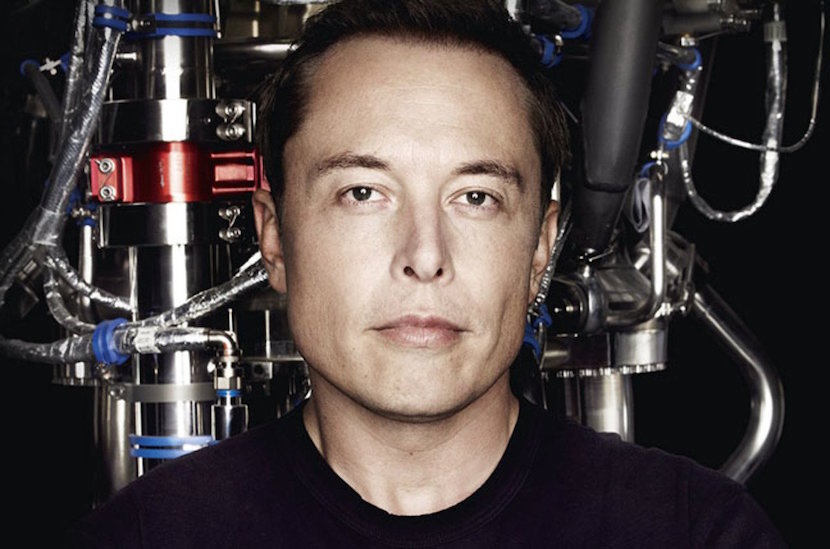 South African-born tech entrepreneur Elon Musk has captured the global imagination with his plans to not only change the world – but the universe, too. On the one hand he is advancing ideas to get humans onto Mars, on the other he is working on business opportunities that make sense for planet earth, such as electric and driverless cars. Behind Elon Musk’s noble intentions and grand visions lie shrewd strategies. W. Rocky Newman, a leading professor of management in the US, has studied Musk’s style. He draws parallels between what Musk is doing in the 21st century and how American industrialist Henry Ford made it possible to manufacture affordable cars. Musk’s move to produce solar-powered batteries for mass consumption makes sound business sense. More importantly, it could change the world as we know it – for the better. – Jackie Cameron

One year ago Tesla Motors announced plans to build its Gigafactory to produce huge numbers of batteries, giving life to the old saying, “if you want something done right, do it yourself.”

By making electric car batteries that Tesla used to buy from others, CEO Elon Musk adopted a strategy made famous by Henry Ford – build a vertically integrated company that controls the many stages of production. By integrating “backward” into its supply chain, Musk is betting Tesla can improve the performance and lower the costs of batteries for its vehicles.

Now, Musk wants Tesla to acquire SolarCity for similar reasons, but with a slightly different twist.

SolarCity is one of the largest installers of solar photovoltaic panels, with some 300,000 residential, commercial and industrial customers in 27 states. The proposed merger with SolarCity would vertically integrate Tesla forward, as opposed to backward, into the supply chain. That is, when people come to Tesla stores to buy a vehicle, they will be able to arrange installation of solar panels – and potentially home batteries – at the same time.

This latest move would bring Tesla one step closer to being the fully integrated provider of sustainable energy solutions for the masses that Elon Musk envisions. But does it make business sense?

The real issue in my mind comes down to batteries and innovation.

Although installing batteries is not a big part of SolarCity’s current business, the company is a potentially large consumer of Tesla’s batteries from the Gigafactory. Tesla makes Powerwall batteries for homes and larger Powerpack systems for commercial and industrial customers.

Any increase in the flow of batteries through the factory gives Tesla better economies of scale and potential for innovation. Innovation comes with the accumulated experience gained from building a key component of its electric vehicles as well as Tesla’s energy storage systems. As the company manufactures more batteries, it will find ways to innovate around battery design and production.

Because batteries are the single most important component to driving range between recharges and the cost of cars, the synergy between battery and electric vehicle production is obvious.

Similar synergy could be argued between SolarCity and the Powerwall stationary battery business. SolarCity’s integration into Tesla would likely give a combined company more opportunities to pair Powerwall systems with solar panel installations in the near term. And more demand for batteries pulled by SolarCity’s marketing to solar customers should make the Gigafactory more profitable once it is up and running.

Some analysts claim the proposed merger is a bailout of SolarCity, where Musk sits on the board along with several friends and relatives.

But all of these issues of scale and cost are relevant reasons to argue for the merger in the near term. The most important question, though, could be further down the road at the Gigafactory in Nevada.

Even as Tesla makes another move to increase accumulated demand for batteries, it will also be ramping up the pace by which it accumulates opportunities for innovation in the design of those batteries. Greater demand means greater production scale and scale leads to innovation and cost reductions.

Better battery design and lower cost make products like electric vehicles and, potentially, solar photovoltaic installations more economically feasible to a broader market. This approach worked for Ford more than 100 years ago. There is no reason to think it won’t work for Musk today.

Lithium ion batteries made at the Gigafactory will go into Tesla’s vehicles, including the Model S and forthcoming Model 3, as well as Powerwall home batteries (on left).

Historically we have seen this in many industries. Examples include Ford and the Model T 100 years ago, Texas Instruments and others making hand-held calculators in the 1970s, as well as personal computers since the 1980s.

Maybe the best example would be home video recorders. When home recorders were first introduced in the 1970s, Sony sold them for US$1,300, which would be about $4,600 in today’s dollars. As the demand for home recording increased, and an industry standard emerged to consolidate demand on one format, scale accumulated and both design and cost innovations resulted in vastly improved functionality at prices well below $100 by the early 2000s.

This was all made moot by the introduction of the DVD, which made the VCR obsolete. DVD players later took the same cost reduction trajectory. While there is no guarantee the results will be the same with battery design and cost, increased scale is the key to exercising that potential.

Going off-grid: Will consumers buy it?

Another catalyst in this situation will be the increasing availability of “time of use“ rates for grid-sourced electricity. For years, utilities have instituted rate plans that charge more for usage during peak hours (typically midday) versus steeply discounted nonpeak (nighttime) rates. This allows consumers the option to shift demand to nonpeak hours or simply reduce peak consumption to lower their electricity bills.

Tesla’s Powerpack is aimed at commercial customers, who pay typically pay higher power costs during peak hours and could be willing to pay for some backup energy. Tesla Motors

With time-of-use plans, Powerwall batteries can be used as a means to store grid power drawn during off-peak periods and use it to supplement peak-time consumption. For example, a Powerwall system capable of storing 10 kilowatt-hours (kWh) of electricity costs about US$3,500.

By my calculations, using $0.25 per kWh off-peak rates to charge a battery and then using it to supplement $0.34 kWh peak rates would save 3,650 kWh of peak demand rates. That translates into saving $324 per year or a 9 percent return on investment on the system. Powerwall batteries can also be used as back-up in case of disruptions to the power grid.

But pairing a Powerwall with a solar panel installation could be where the biggest advantages can be found. The typical U.S. household uses about 1,000 kWh per month. A homeowner can have a five kilowatt solar system installed for about $10,000 (after tax credits) and depending on the climate, generate most of their monthly grid needs.

With many climates in the U.S. getting between four to seven hours of sun per day, a five kilowatt solar system could generate as much as 1,000 kWh per month. By adding a 10 kWh Powerwall, the user can store excess solar generated power or nonpeak grid-sourced power and use it when most advantageous.

Starting the peak period every day with a fully topped-off Powerwall could save, by my estimate, as much as 3,650 kWh of peak usage per year. Added to the solar energy generated and used immediately, many users could avoid peak demand use from the grid altogether – at least on sunny days. This, depending on local rates and climate, could easily generate a return of 20 percent or higher.

So will the Tesla name and potential for seamless integration between the home energy storage and car markets (made possible with the merger) increase demand for SolarCity’s solar panels? It seems logical. Will the same integration as well as increased market share for SolarCity increase battery demand? Also logical. Will this advantage also hold for industrial users who tend to value sourcing both from the same vendor? Again, logical. 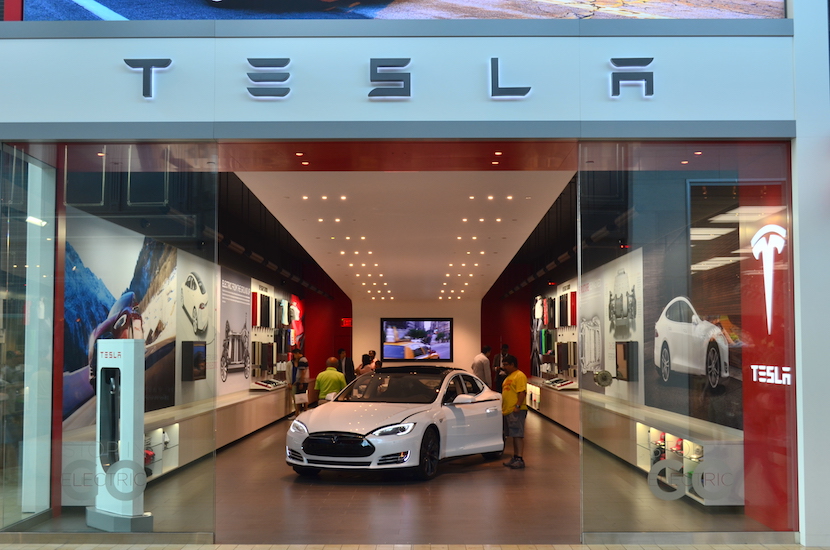 But the real game-changing question I see is: Will the increase in accumulated demand for batteries generate the opportunities for innovation?

By ramping up production at the Gigafactory, will Tesla find ways to lower battery cost and improve battery performance with better energy density (energy storage capacity relative to weight)? And will that lower cost and better performance attract more first-time users, broadening the market and increasing the likelihood of even better and cheaper batteries?

If you can extrapolate from Henry Ford, calculators, personal computers and even VCRs, you would also say this is very likely. As battery design improves and cost falls, the Powerwall battery should become more attractive economically and the the forthcoming Tesla Model 3 electric car should be affordable for an ever wider demographic. I signed up for a Model 3, along with about 400,000 other people.

Is this the synergy that Elon Musk is really banking on? I think so.