Telkom’s Jacques Schindehutte saga has finally ended. It was announced today that the suspended former CFO had resigned and left the building. Some months back, my reading was that he had backed the wrong horse in supporting the proposal to sell a chunk of the business to the Koreans. That gave him little chance of integrating into Sipho Maseko’s Dream Team whose strategic decisions have been warmly welcomed by investors. In this excellent piece ITWeb’s news editor Nicola Mawson spoke to a number of pundits who regard the handling of his departure as another mis-step by Telkom’s top team. Investors, though, are unperturbed. The Telkom share price has risen strongly since Schindehutte’s suspension and hasn’t even budged on the latest news. – AH

By Nicola Mawson of ITWeb

The unexpected retirement of Telkom’s suspended CFO Jacques Schindehütte  and the withdrawal of disciplinary hearings into his conduct adds to several recent missteps made by the company in the midst of a retrenchment process.

Schindehütte, who joined Telkom in August 2011 as its CFO, had been suspended since October last year, pending the outcome of a lengthy disciplinary process. However, stakeholders will now never know what charges were levelled against him, or the outcome, because he has retired with immediate effect, and all disciplinary proceedings have been halted.

This follows several other alleged scandals that have rocked Telkom’s top management recently. CEO Sipho Maseko came under fire after awarding a R91.1 million advisory contract to Bain & Co last year, without following an open bidding process, a move the company subsequently defended as legitimate. Maseko has also been at the centre of an alleged number plate cloning incident, in which he reportedly caused R30 000-worth of speeding fines to accrue to another motorist. 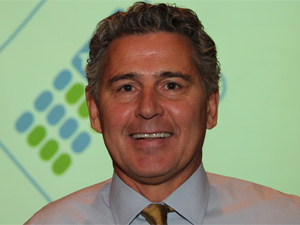 The company’s latest move, which sees Schindehütte (right) leave the company “with full benefits,” has puzzled commentators. They question whether anything is transparent at the telco, and if its corporate governance practices are up to scratch because Telkom’s short 4.30pm Friday statement poses more questions than answers.

Absa Investment analyst Chris Gilmour says there is an “incredibly unsatisfactory level of non-disclosure of what went on here”. He says the issue leaves a cloud over everyone, including Schindehütte, as there has been no disclosure while Maseko has not recently “covered himself in glory”.

“They’re just cocking a snook at corporate governance in its entirety.”

Maseko, who recently led an information-sharing event to reveal the company’s plans to move into a digital age, avoided a fine of up to R1 million or criminal prosecution by following a directive issued by the Companies and Intellectual Property Commission in February.

Solidarity spokesman Marius Croucamp says, logically, if Telkom had a watertight case, it could have dismissed Schindehütte; his departure with “full benefits” indicates there is more behind the statement – issued about an hour-and-a-half before the market’s close – than what was disclosed. “With Telkom, you never really know.”

Telkom has not disclosed exactly what benefits Schindehütte will receive. He was paid a total salary of R6 million for the last financial year – an amount that is less than the R8.4 million he earned in the year to March 2013, before his suspension, according to its annual report.

Schindehütte also held 298 700 shares in the company, slightly more than he bought with a (since repaid) R6 million loan just eight days before the company issued a trading statement indicating earnings would be at least 20% higher when it reported interim results. That trade led to Maseko being required to attend a governance course, but was not the reason for Schindehütte’s suspension.

Telkom’s statement sent its share down about R1 almost immediately before it recovered to close at R53.75. Gilmour does not expect much market reaction today, because of the timing of the announcement, and weekend news that African Bank was being placed under curatorship.

Telkom has said Schindehütte was suspended after it received a tipoff from a whistle-blower, following which it tasked a legal firm to investigate the allegations before launching the confidential disciplinary hearing.

Croucamp adds the entire process was not transparent, and dragged on for ages, when it should have finished quickly. Schindehütte was suspended on 24 October, but a confidential hearing into his personal misconduct only started on 16 January, and was led by an independent panel that never clarified what charges Schindehütte faced.

Ovum analyst Richard Hurst says Telkom needs to “get its story right for once and do the right thing”. He notes the entire process has been “veiled in secrecy” and it has “not cleared anything up for investors,” while the statement’s vagueness points to potential “skulduggery”, although it is not clear on which side the mischief is. “Telkom has taken something potentially damaging, and couched it in uncertainty, and sent it out to the world.”

Hurst says Telkom just needs strong leadership that can “take control of the beast and get moving”. He says the leadership “started out shining with promise and now it’s been tainted”.

Telkom declined to comment on the corporate governance concerns, and has also not indicated who will take over as CFO, although Deon Fredericks has been acting in the capacity since Schindehütte’s suspension.