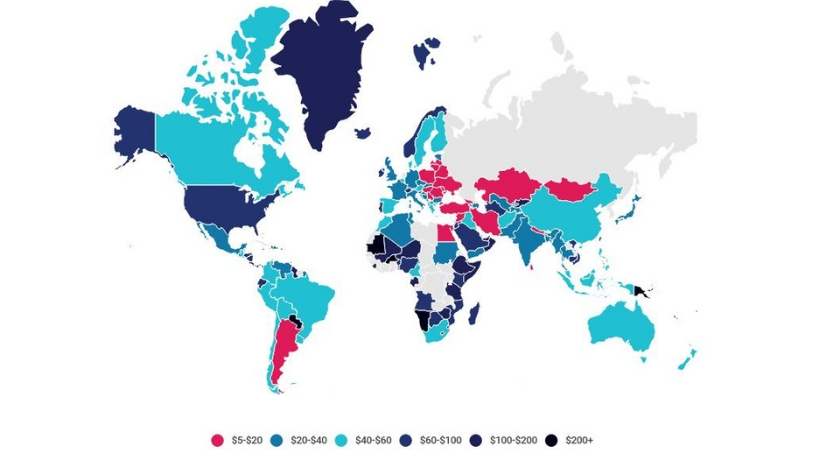 JOHANNESBURG — On average, a broadband connection in South Africa cost about R50 less than last year, according to the latest Cable.co.uk research. Surprisingly, the research also highlights how broadband pricing in South Africa (ranked 93rd cheapest in the world) is now more low cost than that in the US (ranked 116). This particular point is sure to be up for rigorous debate, but it still indicates a positive trend for South Africa. Hopefully, digital migration will finally enable far wider broadband access in SA. The reality is that we need fast, cheap, widely accessible broadband to help grow this economy – and we need it as soon as possible. – Gareth van Zyl 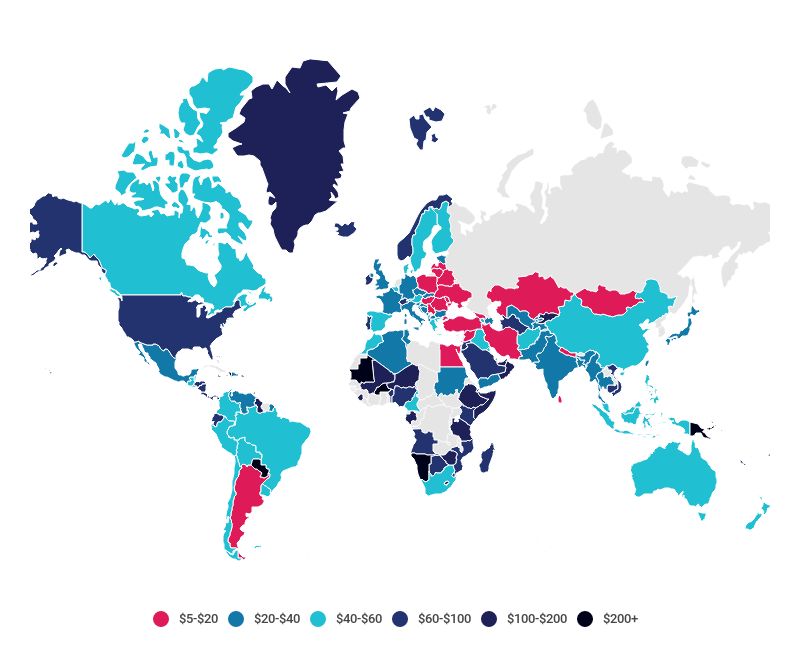 Data from 3,303 fixed-line broadband deals in 195 countries were gathered and analysed by Cable.co.uk with the assistance of international consumer insight consultancy BVA BDRC between 15 August and 20 September 2018.

Four of the top six cheapest countries in the world are found in the former USSR (Commonwealth of Independent States or CIS), including the Russian Federation itself with an average package cost of just $9.77 per month. Conversely, the United States has some of the most expensive broadband in the world, coming in 119th place with an average monthly package cost of $67.69.

In North America, Canada offers the cheapest broadband on average ($57.66), coming in 22 positions ahead of the United States globally ($67.69). Bermuda provides the most expensive packages in the region with an average price of $124.36 per month.

In a previous report, Cable.co.uk analysed over 163 million broadband speed tests to rank 200 countries by the average internet speed they offer.

Commenting on the findings of the research internationally, Dan Howdle, consumer telecoms analyst at Cable.co.uk, said:

“In our worldwide broadband speed comparison, released earlier this year, similar disparities were apparent to those seen here. The countries with slow, patchy broadband infrastructure that supplies only a fraction of the population tend to be the most expensive. Likewise, those with exceptional, often full-fibre (FTTH) infrastructure supplying the majority of the population tend to be the cheapest, if not in absolute terms, certainly on a cost-per-megabit basis.

“The United States is a point of particular interest in this data set. As arguably the world’s most technologically advanced Western nation, its broadband is shockingly expensive compared to much of the world. In fact, it costs seven times as much to get a broadband deal in the United States as it does to get one in Russia, and over 64% more than it does in China. America’s broadband duopoly simply cannot compete with healthier, multi-provider marketplaces.

“As for the UK, with a healthy, open marketplace offering relatively cheap broadband deals to everyone, and so-called ‘superfast’ speeds available to around 96% of homes, the UK is doing rather well, sitting in the top third of cheapest countries and coming in a respectable fifth cheapest of the 29 countries in Western Europe.”