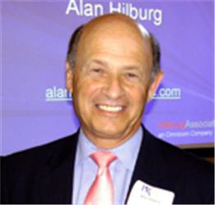 Alan Hilburg is credited with the textbook case for successful management of a reputational crisis. Three decades back, the US-based communications guru crafted what was then an extremely innovative response to the famous Tylenol Crisis. The decision to remove $100m worth of the pain killers off shelves worldwide initially drew criticism as a massive over-reaction. That soon changed to praise for not only the right moral decision, but a coup for a business that showed it put people above profits. In its actions not just words. When he was in SA recently, the “Tylenol Man” appeared on CNBC Africa Power Lunch, where I asked him for some suggestions on how to handle reputational challenges this country faces. He later agreed to write a piece for Biznews.com. In it he takes us back to the disaster which Johnson & Johnson turned to triumph – and reflects on how its approach is more relevant than ever today. – AH

The aches and pain medication, Tylenol gave Johnson & Johnson more than a headache in October, 1982 when seven people were reported killed after ingesting cyanide-laced Tylenol capsules in Chicago.

Johnson & Johnson recalled all of its product and over the following week, every Tylenol product) was removed from every store around the world and destroyed. That’s all 31 million capsules values at $100 million.

The Tylenol crises soon became the benchmark, the gold standard of how to view and manage crises.  More importantly, Tylenol is really the benchmark on why values matter. The Tylenol success story is currently the most widely taught case study of effective crises management in business schools in the US.

It is remarkable, but through more than 200 crises I’ve been involved with, every CEO had one common objective. They say, “We want to come through it like Johnson & Johnson’s Tylenol.” More than merely surviving the crisis, Tylenol demonstrates how crises, when well managed, build a stronger business, culture and reputation. Crises tell you that something is wrong that needs to be fixed. It’s, therefore, an opportunity to be better. As former US President Kennedy said, “Crises are opportunities in waiting.”

The company embarked on a two pronged strategy built around two key questions. How to return a safer product to the marketplace and how to earn back the trust of fearful customers?

The solution was not limited to developing safer packing for Tylenol, but it looked at how to address the more important issue of consumer confidence in product safety. As a result, the Johnson & Johnson team challenged itself to revolutionise packaging.  The product safety solution was also the catalyst for reversing consumer fear and winning back trust.

Larry Foster, Corporate Vice President of Public Relations at Johnson & Johnson said, in reflecting on the astute management of the crises, “What began as Johnsons & Johnson’s darkest hour turned out to be its brightest in terms of corporate reputation.”  When probed further, did you respond to a plan?  His response was visionary.

“No, not really.  We responded from our values,” he said.  The company’s values, written in the mid-1940’s by Robert Wood Johnson, stated that the company‘s responsibilities were to the consumers and medical professionals using its products, employees, the communities where its people work and live, and its stockholders. Therefore, it was essential to maintain the safety of its publics to ensure business continuity. Johnson & Johnson’s responsibility to its publics became the compass which guided the company’s decisions.

Chairman James Burke appeared on commercials, did more than 50 interviews and was the chief trust-builder. A press event was held concurrently by satellite in 100 cities in the US to introduce the new packaging, a new technology innovation in itself for its time.

Tylenol was re-launched with a revolutionary tamper proof packaging seal and introduced caplets. The solution, however, was less about innovative packaging or a great crises plan. It was more about a crises solution that focused on public safety and consumer peace of mind.  Innovative packaging was a rational driven solution.  Public safety and peace of mind was the emotional driven solution which, from more than 200 crises I’ve managed, always resonates with customers or victims.

What is also significant is that while a crises plan protects you brand and reputation, crises are more about the victims. It’s what I refer to as an “outside- in” instead of “inside-out” viewpoint. I’ve seen this cardinal mistake being made time and time again, most recently in the BP oil disaster in the Gulf of Mexico when CEO Tony Howard famously proclaimed, “There’s no one who wants this over more than I do. I would like my life back.”

Tylenol’s market share spiked from 33% before the crisis to 48% 90 days after the re-launch. Consumer trust in Tylenol increased three fold compared to the period prior to the crisis, restoring confidence in the brand.

So what are the five key learning from Tylenol’s experience?

1.   Values based brands outperform non-values based brands on trust, credibility and listenability. In other words, great companies and great brands stand on a platform of great values. In a crises I’d rather defend the values than the facts.

2. Crisis management is not about public relations driven ‘damage control’. It’s about business continuity. About affirmative strategic, business-centric action with a strong focus on the victims in a crises.

3. Assume responsibility for the solution, even if you don’t have to, because it’s about the publics’ trust in your brand and the test of your character.

Nothing good happens without trust.  One of the most overlooked concepts in crisis management and mitigation is forgetting about the ‘speed of trust.’  It’s a concept that reflects the speed of gaining or losing the trust that communities have in your brand.  In crisis management, trust changes everything.  Why?  Because it’s the only thing that means everything.

* Alan Hilburg is President of Hilburg Associates SA a global specialist on crisis mitigation and management. He is the author of two New York Times best-sellers on leadership; Twelve Hats of a Company President and Russell Rules: Eleven Lessons in Leadership From the Greatest Winner of the 20th Century.