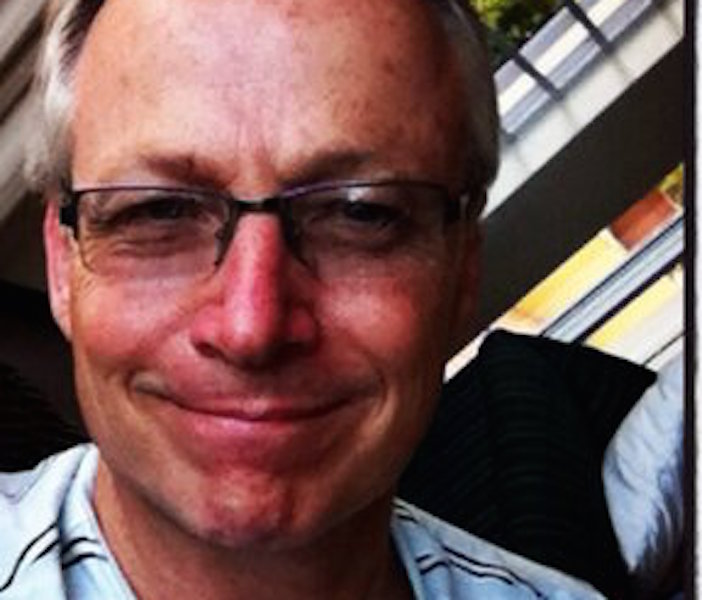 The best bloggers  are those who write from personal experience. A doctor, Martin Young served in the frontline during the early years of South Africa’s AIDS epidemic of 350 000 preventable deaths. As you might imagine, he has some rather strong opinions on the way that was mismanaged. And likens those blunders to a governance crisis he believes currently infects the country. A brilliantly argued, forceful attack on the Zuma Administration, Young reaches a surprisingly positive conclusion. This too shall pass. – AH

The Zuma era of South African politics has been frustrating to watch, to say the least, culminating in the spectacle of Zuma laughing at Parliament during his SONA as South African democracy faced its biggest shame. The range of emotions generated over the years felt familiar, and I realise now that I have been a frustrated and aghast witness to social upheaval once before, tearing my hair out just as much then as I do at present. And that there is a potentially useful analogy to be drawn between that era and the current turmoil within the SA political environment.

In the early 1990s I had a front row seat to the arrival of AIDS in southern Africa. As one of several doctors in a rural mining town I looked after a mixed population of locals and expatriates, wealthy and poor, educated and not, of all colours, shapes and sizes.

We began to see young adults with severe unusual illnesses and infections, at first one or two, then a trickle, and then a deluge. I remember well the day our local laboratory used the HIV blood test for the first time, and the excitement and foreboding when more and more blood tests came back positive for AIDS, at that time a new and dread disease. Very soon people began to become very ill, and then to die, and we were powerless to stop their deaths.

We soon knew that the only way to stop the spread of HIV was to speak openly about the dangers of unprotected sex with new partners, and that use of condoms was essential where urges overcame responsible behaviour. We had no other weapon at our disposal – people had to change both their beliefs and their habits, or face slow death at the hands of a terrible illness.

A small number of people understood the threat and responded positively to our message, but the general reaction to this program was completely unexpected:

“You are trying to spoil our sex lives.”

“This is an imaginary disease created by whites and the West.”

“Why should I take action now when I don’t feel sick.”

“This is not our culture. Why should we change?”

This response came back at us from all sectors of the community we treated, even some of the well educated, senior management level executives in the company.

And so we doctors watched as AIDS numbers grew and spread right under our noses, destroying the immune systems of our population, destroying health and society simply because of a refusal to listen to expert advice. Antiretrovirals (ARVs) had not yet been developed. There was no treatment.

It was one of the most frustrating times in my career as a doctor, where ignorance and stubbornness threatened a society at great cost. And Zuma, at the time head of the National AIDS Council, typified this response by saying he took a shower to protect himself from unprotected sex with a partner he knew to be HIV positive, earning himself a permanent showerhead in the process.

There are ideas, or memes, that can be just as deadly as viruses, and that spread from person to person until a whole organisation, or society, or country is infected. There is an idea rampant in ANC politics that the politically empowered have the right to enrich themselves via a system of corruption, allegiance and patronage. The rewards, analogous to that of a promiscuous sex life, are more wealth and power for a few individuals obtained by corrupt means. The spread of this ‘virus’ runs from the top downwards disturbing the very culture of organisations that are meant to protect us: “If the President is doing it, why shouldn’t I?”

South Africa has its own ‘immune system’, as does any functional nation. This immune system protects citizens and residents from influences that could ultimately destroy it. It resides in the courts, the independence of the judiciary, a non-biased and effective police force, a functional and unhampered opposition in a democratic Parliament, a free and open press, unlimited by political alliances and ownership.

It is clear that SA’s national immune system is under attack from the Zuma administration, in the same way that HIV attacks a human immune system. As a result of personal intervention by Zuma, virtually every organisation on which a growing and flourishing society depends is under threat through emplacement of ‘infected’ individuals right at the top who will turn blind eyes to corruption – governance, education, health, power, services (lights and water), transport, etc.

Witness common responses to those who criticise these clear failings of the Zuma regime:

” This is a racist attempt to denigrate black leadership.”

“Why can’t we enjoy wealth earned in this way? We did not join the Struggle to be poor.”

“The ANC is above the Constitution.”

and most ironic of all,

“We have a good story to tell.”

Don’t these sound depressingly familiar? They are the same kind of responses to warnings issued about the threat that AIDS posed on its arrival.

If, in this analogy, Zuma’s method and system of corrupt patronage are seen as the virus, who then are the victims? As with AIDS the biggest burden is felt by the poor and uneducated, not coincidentally many of whom support the ANC in its current form without an understanding of how that support of Zuma affects them in the long term. As with poor sexual decisions in an era of HIV, an unwise vote now will have serious consequences years into the future.

The analogy runs true in that every single South African is a potential victim of the Zuma regime, whether infected by the ‘virus’ of entitlement and corruption or not. AIDS has changed us as a society. The modern political era of corrupt patronage has done and will continue to change us even more. We all stand to lose, and to lose badly.

As we doctors looked on with frustration at our community so many years ago, foreign investors with money to spend – a major hope for significant change in the standard of living for all South Africans in the future – look on in bemusement. They are not stupid. There are better investments to be made in other countries with ethical leadership and more stability. Like then, but for an entirely different reason, concerned and respected experts in South Africa’s democratic transformation, and especially opposition politicians in the SONA debate are calling out the same warnings, “Act now before it is too late.”

Many people died as a result of AIDS having never themselves done anything wrong. They were innocent victims. (As an aside, AIDS denialism by the Mbeki regime cost 350 000 lives, and no one has been held to account.)

Today however, being HIV positive is no big deal, as long as one has an understanding of how to behave responsibly. We have good, effective treatment. There are still challenges, but they are manageable ones. All this has come about by organisations like the Treatment Action Campaign mobilising in response to the threat of HIV, and involving ordinary citizens in removing stigma, fighting for access to treatment, mobilising of resources and more. The threat to us all became clear by the actions of bold people disseminating information about the threat, replacing one idea – that of sexual freedom, with another, that of sexual responsibility.

The Zuma way of doing both politics and business is an equal threat, and the best hope we have as concerned South Africans is to protect the institutions that offer us some immunity, while we still have them in a strong enough state to be effective. But not in a “eat more beetroot” manner. We must express our outrage at what happened in Parliament over SONA2015, interference with the Constitution, the judiciary, the media. The message has to be disseminated widely that Zuma’s methods are immoral and dangerous for us, and have to be stopped by public opposition, in the courts, in Parliament, in local town councils, and in the voting booths.

The last value of this analogy is that it provides an example that we can all relate to. While AIDS is no longer a dread disease, and one that permits normal life expectancy if treated, there is a wide understanding by all South Africans of how it can be controlled i.e. by changing behaviour. It is a useful model of what needs to be done, and what has been done under threat before.

In a sense, voters and especially active party members need to be responsible. No more the sense that we can have wild political flings without consequences. The political condoms that prevent contagion by the Zuma virus have to be given out and used, lest we all develop showerheads and turn South Africa into a failed state.

We South Africans are strong, resilient. We’ve done it before, and we can do it again.

* Martin Young is an ENT surgeon living an idyllic existence in Knysna. He writes for a hobby, and is not afraid to speak truth to power.