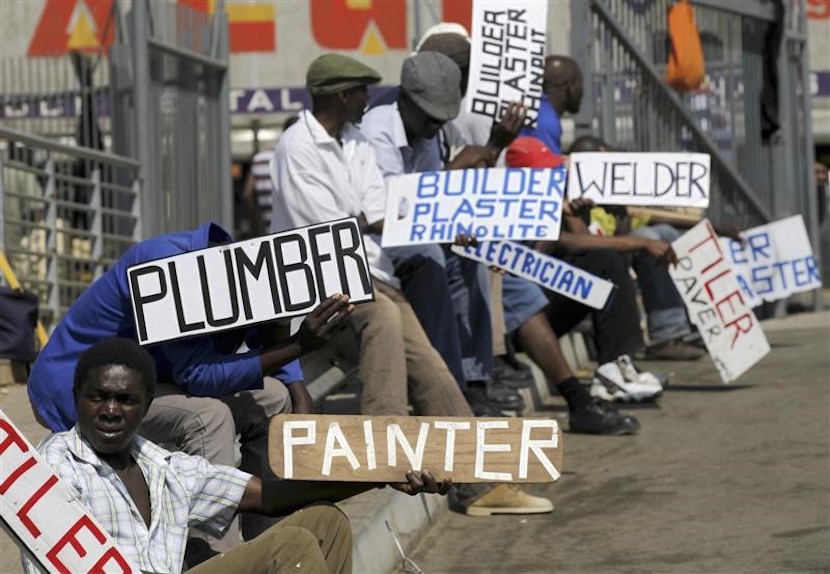 Unemployment is a major talking point in South Africa with government’s National Development Plan targeting a jobless rate of 14 percent by 2020 and 6 percent by 2030. Given the current level sits at 25 percent, there is a lot of work needed to be done, with many speculating that it’s not possible given the current trend. The latest numbers also don’t take into account the impending job cuts expected in the mining sector. Below is an interesting breakdown of the key trends from the second quarter jobs data from Stanlib’s Kevin Lings. – Stuart Lowman

Stats SA released the Labour Force Survey (LFS) for Q2 2015 today. The LFS is a quarterly household survey specifically designed to measure the dynamics of employment and unemployment in South Africa, including the informal sector as well as small-scale subsistence farmers. The following is a summary of the key trends in the labour market as at Q2 2015. 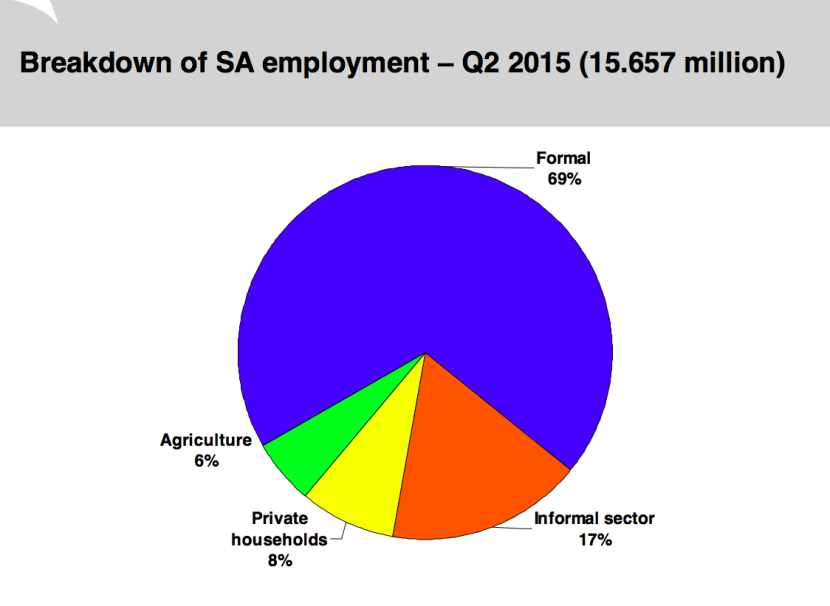 In calendar 2014, South Africa created a total 143,000 jobs, which is not especially encouraging given the existing high rate of unemployment, coupled with the expansion in the labour force. The labour market unrest in the mining and manufacturing sectors in 2014 was clearly very unhelpful. In the first six months of 2015 the economy has reportedly created 337,000 jobs (mostly in the informal sector) and since the low point in 2010, South Africa has gained a total of just over 2 million jobs, taking total employment to another record high. Once-again, it needs to be remembered that this total includes informal sector employment, which now comprises 17% of total employment. If private household employment is added to this, the percentage jumps to 25% of total employment. 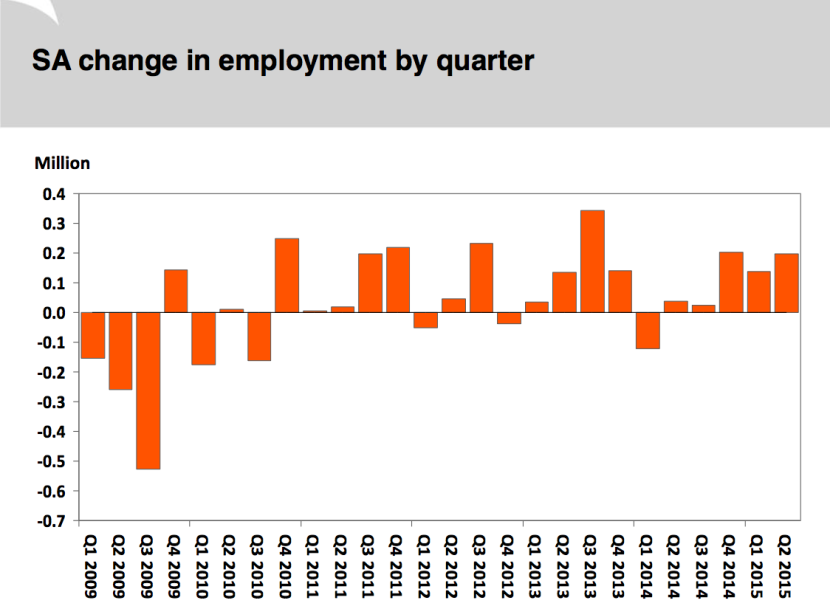 Clearly, the latest labour market data remains discouraging, although there is some comfort in the fact that according to the report the formal sector of the economy is not shedding jobs and that informal sector employment is helping to offset some of the job losses in other sectors of the economy.

Overall, despite the recent improvement, South Africa’s unemployment rate remains exceedingly high by global standards. Furthermore, the high rate of unemployment contributes to much of the social tension and anguish experienced in South Africa on a daily basis, especially among the youth. Increasing employed in South Africa has to be the number one economic/political/social objective. 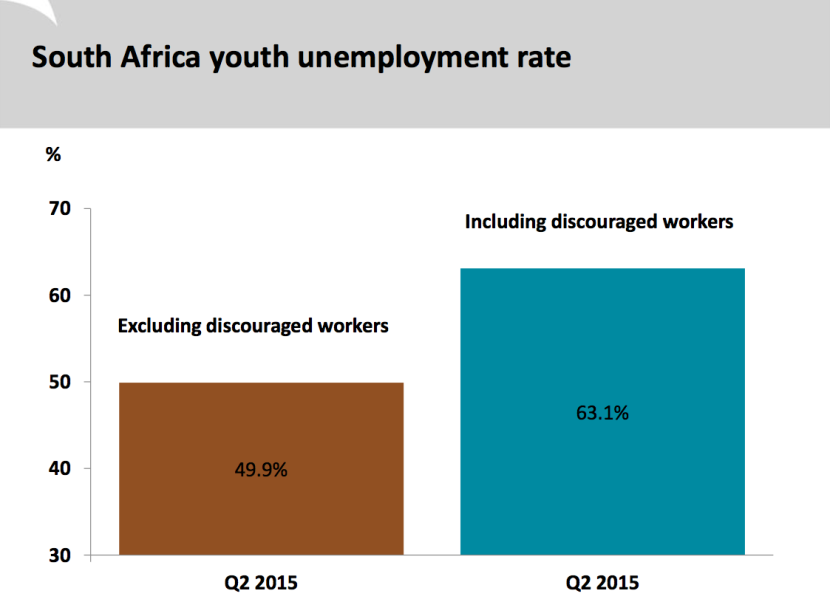 There is still a significant divergence in the employment data reported by the Labour Force Survey versus the Quarterly Employment Survey. While the potential sampling error in SA’s quarterly household data is significant, it is crucial that South Africa’s employment data is as accurate as possible since it is, ultimately. the most important economic indicator in the country.