The South African visa spat has been well documented as has the squabble between Tourism Minister Derek Hanekom and Home Affairs Minister Malusi Gigaba. The figures show that tourist numbers have fallen from key regions, while many jobs are said to be on the line. Not something the government needs to deal with as unemployment already sits at 1 in 4. The President has called for a review of the whole debacle but the damage may have already been done. The South African Institute of Race Relations’ Sara Gon takes a look at the series of events and wonders if the real reason behind Gigaba’s unabridged birth certificate fiasco has yet to be unearthed. – Stuart Lowman 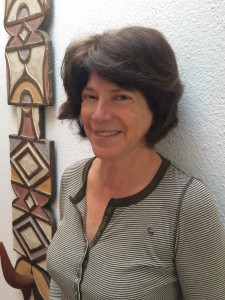 On an interview on Radio 702 Minister of Tourism, Derek Hanekom said that Home Affairs Minister Malusi Gigaba’s new regulations for entering and leaving South Africa were harming the tourism industry. Gigaba’s ripost to his cabinet colleague was one of anger and righteous indignation. Their public spat is unprecedented.

Hanekom had said that the number of visitors from China had dropped by nearly 40% as had those from most other markets. This was as a result of Gigaba’s regulations requiring biometric visas (having fingerprints taken at a South African consulate). Added to that children coming in and out must now possess unabridged birth certificates, and if both parents are not accompanying a child, the child must have an affidavit of consent from the parent not who is not with them.

Gigaba has justified the birth certificate requirement on the basis that about 30,000 children a year are trafficked through South Africa. This figure has been dispelled and a subsequent parliamentary figure comes in at 23 children in a 3-year period.

Gigaba went on the attack saying he finds it offensive that the tourism industry is placing profits above children. He said that they cannot be placed on the same level – keeping children safe has to come first. He maintained that surely there cannot be a threshold above which one implements regulations to stop child trafficking. The Department’s argument has been that “one child trafficked is one child too many”.

On Judge for Yourself hosted by Judge Dennis Davis on eNCA, on 3 August 2015, the Deputy Director-General of Home Affairs Immigration Services, Jacky McKay, repeated this guilt-inducing prosaism.

It is generally recognised that, particularly in light of the dying of our resources industries, tourism is a vital growth industry. Tourism is one of the few industries in South Africa that is likely to provide the sort of employment opportunities our country needs in the hope of reducing the unemployment crisis.

South Africa’s tourism sector contributes at least 3% to the GDP annually and employs some 1.5 million people. It is an industry on which this country desperately relies.

In Daily Maverick, on 30 July 2015, Stephen Grootes refutes the “one child too many” prosaism by referring to the fact that schools have not been closed despite children dying in pit toilets.

Grootes tries to answer the obvious question: “So WHY this? Why is the government implementing rules that are sure to cost this country thousands of jobs and lots of money?” He does not find an answer.

Michael Fridjohn (Business Day 30/07/2015) says that in the absence of an obvious money angle, there is only one explanation for the dogmatism: a Stalinist world view – the belief that you can bend reality to fit your vision, and that if you apply sufficient force, the silence that will ensue will prove that you were right.

Fridjohn uses as an example the potentially deleterious effect of these regulations on entities such as Singita’s chef training program. Youngsters from a nearby village can participate in a year-long apprenticeship programme and end it with greatly enhanced employment prospects. These prospects will diminish as the number of high-end tourists to South Africa diminish.

There is near-consensus that the education system has failed to create the technically competent generations we need to grow South Africa’s economy. The need for labour intensive jobs is critical. And the tourism sector can provide such jobs.

The horror and tragedy of trafficking are not disputed but the measures against it versus the harm done to a critical industry don’t make sense and are disproportional.

With respect to cases of sexual abuse of children, 70 cases are reported a day with more than 88% of cases never being reported.

Between 2008 and 2014 at least 419 (60 per year) boys died from botched circumcisions and 456,000 were hospitalised in traditional manhood circumcision rituals.

The enormity of these figures and the failure or inability to address these criminal scourges make it abundantly clear that Gigaba’s obstinacy in enforcing these regulations, can have nothing to do with saving the children that are being trafficked here each year at the expense of a vital industry.

No other country in the world requires an unabridged birth certificate together with a passport for a child to prevent trafficking and many of them have to deal with the scourge of trafficking as well. Anyway, it goes without saying that the syndicates that earn a living from trafficking will find a myriad of ways to get round this restriction. How do other countries manage trafficking without resorting to creating a negative impact on a vital and legitimate industry?

*Sara Gon is a Policy Fellow at the IRR, a think tank that promotes economic and political liberty.