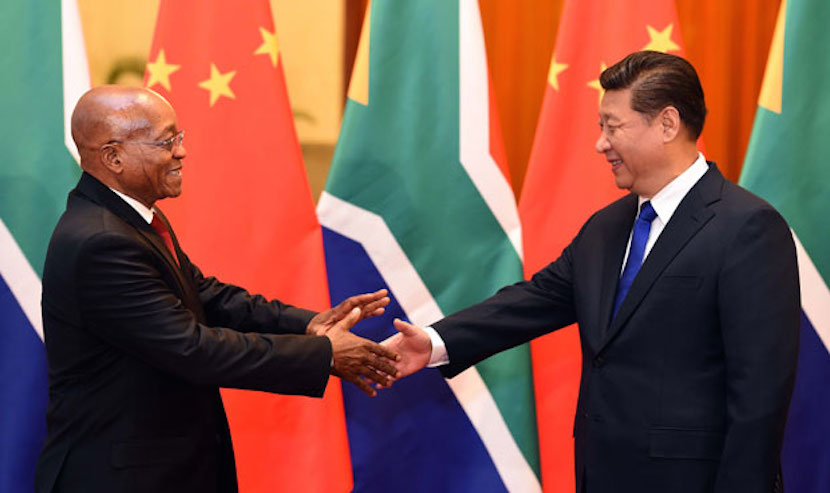 South Africa’s bilateral investment treaty (BIT) with China gives Chinese investors all the standard protections that BITs commonly contain. Chinese investors thus have a right to fair and equitable treatment, the full market value of expropriated investments, and international arbitration to settle any disputes. They can also easily take back to China both the capital they have invested in South Africa and the profits or returns that this has generated.

If investors from China can have these protections, why can’t they also be made available to investors from Europe and the West? Equal treatment of this kind is all the more important when the total value of China’s investments in South Africa now stands at some R75bn, whereas the total value of investments from the United Kingdom, the Netherlands, and Germany exceeds R2 050bn.

The DTI has nevertheless terminated its BITs with these three European Union (EU) countries, plus four other European states. In place of these agreements, it has put forward the flawed Promotion and Protection of Investment Bill of 2015 (the Bill), which is currently before Parliament.

The department claims that the Bill “codifies” all the standard BITs provisions, but this is simply not true. The Bill provides far less protection than the Chinese BIT, for it omits any right to fair and equitable treatment, limits compensation on expropriation to something significantly less than market value, makes international arbitration dependent on the Government’s “consent”, and restricts the extent to which capital and returns can be repatriated.

There is, however, a simple solution to the problem. The DTI should amend the Bill so that it reflects the Chinese BIT – for the revised Bill would then indeed contain all standard BIT provisions. To aid this process, the IRR has drawn up (and submitted to Parliament) an alternative bill that closely follows the Chinese agreement.

The main obstacle to this alternative bill is the DTI’s insistence that foreign investors must not be given a higher degree of protection than domestic ones. However, this differential treatment is not only justified but in fact essential.

Foreign investment is vital to boosting growth and employment within South Africa. Since the country’s own savings make up only 16% of gross domestic product (GDP), South Africa must also attract the savings of foreigners if it is to raise fixed investment to the 30% of GDP recommended in the National Development Plan. The country also needs continual foreign inflows to help finance its significant budget and current account deficits.

At the same time, South Africa makes up only 0.5% of the world economy, and foreign investors have a raft of other countries to choose from in making their investments. Foreign investors thus have to be wooed and enticed into making their investments in this country. Domestic investors, by contrast, are already present in South Africa and are likely to find it more difficult to invest abroad than at home.

The DTI might argue that giving foreign investors more protections than domestic ones would contradict the right to equality in the Constitution. However, no guaranteed right is absolute. Moreover, this limitation on the equality right is “reasonable and justifiable” in all the circumstances – and especially given South Africa’s urgent need to boost investment, growth, and jobs.

In 2014 the economy grew by only 1.5% of gross domestic product (GDP). Growth in GDP per person was still more limited, coming in at 0.1% of GDP. Yet, with the country’s population still growing substantially each year, economic growth must keep up with this increase to avoid declining GDP per head.

South Africa has known shrinking GDP per person in the past. In 1981, average GDP per person, in constant 2010 prices, stood at more than R51,000. Thereafter, however, GDP per person steadily decreased under the impact of apartheid and the ANC’s people’s war. It was only in 1994 that the decline finally stopped and growth returned.

It nevertheless took until 2006 for GDP per person to reach the R51 000 level achieved in 1981. It thus took 25 years, or a quarter of century, for South Africans to get back to where they were before.

Since 2009, real GDP growth has averaged roughly 1.8% a year, which is below the population growth rate reflected in this period. In addition, the unemployment rate has stayed stubbornly high, at around 35% on the expanded (and more accurate) definition, which includes people not actively seeking work.

South Africa cannot improve its limited growth rate or overcome the unemployment crisis without attracting the savings of foreigners. But inflows of foreign direct investment (FDI) have already turned negative – and are likely to remain so if the Bill is adopted in its present form.

If rising unemployment and shrinking GDP per person are to be avoided, the DTI must rethink its determination to treat foreign and domestic investors the same. The Chinese BIT, as incorporated by the IRR into an alternative bill, has already supplied the right model. What we now need is for this model to be applied.

*Anthea Jeffery, Head of Policy Research, IRR. Jeffery is also the author of People’s War: New Light on the Struggle for South Africa, and BEE: Helping or Hurting?