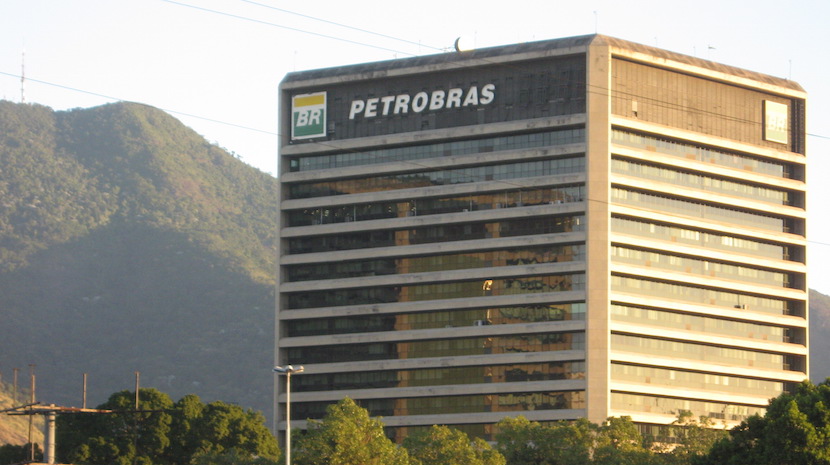 (Bloomberg View) — When their investigation into graft and kickbacks at Petrobras led them to the top floors of the state- run oil company, Brazilian authorities knew they were on to something big. Just how far the trail of corruption would extend past Petrobras, no one could guess — until now.

Last week, federal agents investigating the scheme arrested Senator Delcidio do Amaral, a key ally of President Dilma Rousseff, along with Andre Esteves, the billionaire financial maverick who ran BTG Pactual, Latin America’s largest private investment bank. Offering bribes, trying to interfere with testimony, and conspiring to help a convicted felon flee the country: The crimes they are accused of would not be out of place in a prime-time telenovela.

Brazilians know the script. The head of the country’s largest construction firm is already behind bars for alleged contract fraud and corruption related to the Petrobras scandal. His fellow inmates include a handful of corporate big shots and lobbyists who have been convicted or are answering charges of forming a cartel — a “VIP club,” one executive called it — to rig government contracts and control public policy.

Brazilian economist Sergio Lazzarini called attention to such promiscuity in his 2010 bookon how business executives and their political sponsors had become codependents in a long- running scheme to lock up power and privileges by dominating public institutions and cornering the market in subsidized credit. What’s new is how far the cabal of crony capitalism apparently is willing to go to stay on top.

As prosecutors have widened their dragnet in the so-called Operation Carwash probe into corruption at Petrobras, jailed executives and lobbyists have begun to spill the goods on other officials. One of those talking was Nestor Cervero, a former Petrobras director sentenced to 12 years for money laundering and corruption, whom prosecutors were leaning on to finger bigger culprits in exchange for a reduced sentence.

Cervero was a prosecutor’s dream witness. Police suspected he had helped Amaral finance his political campaign with dirty money from the oil giant. And Cervero himself had told investigators that Esteves allegedly paid a bribe to win a concession for a chain of gas stations.

To preempt further damage, the cornered banker and lawmaker apparently had a plan: In return for Cervero’s silence, Amaral promised Cervero’s son and lawyer that he would talk the supreme court into releasing the jailed former oil executive. Amaral would then help him flee to Paraguay and then Spain, where Cervero holds dual citizenship. Enter Esteves, who reportedly offered to foot the bill for the caper: about$1 million in hush money and a monthly stipend of around $13,000 to Cervero’s family.

Cervero’s son agreed, but he recorded the plan on a concealed mobile phone; later, when the deal went awry, he turned the whole hour-and-a-half conversation over to the police. Supreme court justice Teori Zavascki immediately ordered both the lawmaker and the banker to jail.

What startled government loyalists was that neither Amaral nor Esteves had previously appeared on the attorney-general’s extensive list of Operation Carwash suspects. Their arrests suggest not only that the probe is far from done, but also that the damage could be far more serious.

For the last 13 years, Amaral has served as a trusted adviser to the ruling Workers’ Party, putting out fires for both former president Luiz Inacio Lula da Silva and, more recently, Rousseff. His arrest throws the government’s legislative agenda into disarray, including a languishing fiscal adjustment that is vital to restoring the government’s — and Rousseff’s — credibility and sparing recession-plagued Brazil another ruinous downgrade by credit agencies.

Esteves, for his part, was revered not just as a financial wunderkind, but also as a generous campaign donor: BTG Pactual gave around $2.5 million toward Rousseff’s re-election bid. So intertwined are Esteves’s image and the bank’s brand that his arrest sent BTG Pactual’s shares tumbling — they were down 35 percent by Monday — and fueled fears of an eventual collapse, with its effects rippling through the financial sector. Esteves resigned his post as bank chief Monday, while bank executives debated selling off assets to stanch losses. Such are the hazards of Brazilian-style capitalism: When cronies fall, the system shakes.

Federal judge Sergio Moro, who is presiding over the Operation Carwash case, may have had that in mind when he likened the effort to stamp out corruption to John the Baptist “preaching in the desert.” He’ll get no argument from Murilo Ferreira, the respected mining executive who was drafted in March to chair the board and shake up the corporate culture at Petrobras, but he quickly hit a wall and finally resigned Monday.

Moro’s analogy may turn out to be pessimistic. After the news media got wind of Amaral and Esteves’s plan to manipulate the supreme court, the full bench voted unanimously to uphold Amaral’s arrest, making him the first sitting senator ever to be jailed.

And when the Senate convened to weigh in on that unprecedented ruling, Amaral’s fellow lawmakers flirted with keeping their verdict secret but, fearing a public backlash, quickly agreed to declare their vote. The final vote: 59 to 13 to keep Amaral locked up. That’s one the cronies didn’t win.