Well-known political economist Daniel Silke adds his voice to President Jacob Zuma’s shock dismissal of Finance Minister Nhlanhla Nene. Nene was renowned for his stance on trimming government expenditure, with SAA and nuclear his pet projects. And as they say, prepare yourself for a war if you tackle the beast. Silke says Nene’s removal will leave a void in the ministry, which will ultimately speed up the slide to ‘junk’. If you wanted any confirmation, look at how Mr Market reacted to the news. R16 to the dollar just became a 2015 possibility. – Stuart Lowman

The demise of Nhlanhla Nene as Minister of Finance comes at the worst possible time for South Africa.

With the country staring down junk bond status, the parastatals in extreme disarray, twin deficits and rising government expenditure all make this the most vulnerable moment since 1994. 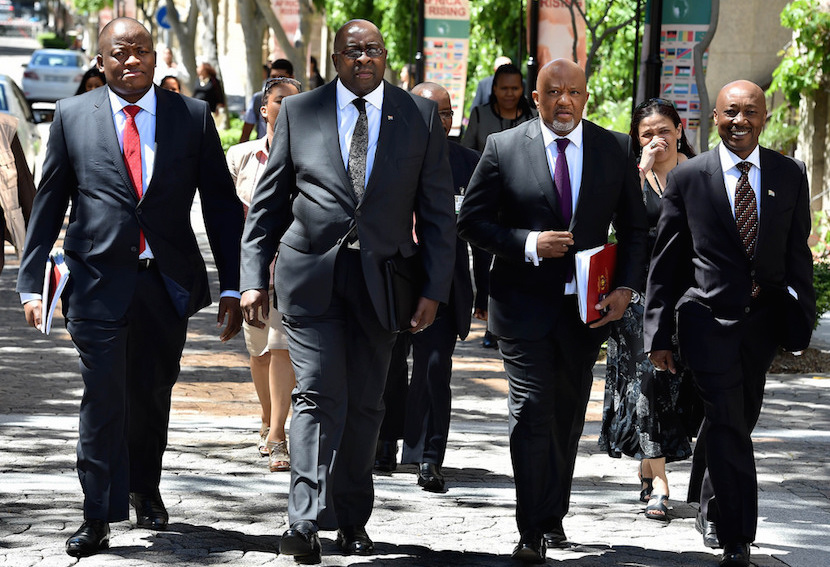 Timing is critical in finance – but so is sentiment and on both measurements, the decision to terminate Nene’s reign may be a tipping point both politically and economically.

This is the shortest reign of a finance minister in South Africa’s recent history. And given the critical importance of the portfolio, a high turnover in the office send precisely the wrong message to both domestic and foreign investors alike – especially at a time when many were questioning whether South Africa had any semblance of a coherent economic policy.

Minister Nene will be remembered for his constant – and often stark warning – to his own government colleagues about wasteful expenditure. With rising debt servicing costs and a long list of spending pressures – many as a result of gross state-owned-enterprise mismanagement, it’s no wonder he read the riot act to his colleagues.

Clearly, his message was not met with understanding and co-operation. The bad habits of the past 21 years in putting power and patronage above practical policy are tough to break. Anyone suggesting otherwise puts himself or herself in the political firing line. And, if anyone knew the ramifications of a further ratings downgrade and excessive state expenditure, it was Nene himself.

Nene was at the cutting edge of having to manage the books amidst policy paralysis and gross inefficiencies. And, only in the last week had he confronted SAA on the vexed issue of financing its new Airbus purchases. In standing up to Dudu Myeni (and the SAA board), Nene will have further distanced himself from President Jacob Zuma and other allies of the beleaguered SAA boss. Watch this space as newly appointed David Van Rooyen might revoke Nene’s wishes in this regard.

Ultimately, the void created in Finance compounds the policy void from government. It exacerbates the negative perception of a rudderless government intent on holding onto power and patronage at the expense of the currency – and broader economy. In addition, the quasi-independence of Treasury was essentially in policing the excesses. This feature of our governance has been dealt a significant blow.

In a highly competitive and increasingly volatile global arena, South Africa’s chronic underperformance these last 21 years can only be further set back by this level of interference and political posturing.

The initial reaction from markets has been damning. Much like the days following PW Botha’s Rubicon speech, the rand has plummeted. While those wealthy enough to go to London will bemoan the price of their vacation, it is South Africa’s poor who will ultimately bear the brunt of a currency-induced round of food and transport price-hikes.

But don’t believe that this action will simply end with yet another political yes-man in cabinet. Critical remarks from Tito Mboweni this week and from Kgalema Motlanthe point to a long-overdue awakening of what is left of the rapidly shrinking ANC intellectual base.

And just as the intellectual (and importantly business) base ditched the Botha’s of this world back in the mid-1980s, so this type of event can precipitate another sea change – however incremental it might be.

In the interim, the damage has been done. Sentiment will have been further damaged. It may be that things have had to get worse to get even worse. And they just did.

But with that comes added political volatility and the country is set for elections in 6 months’ time. Pressures will mount and the Zuma administration will be tested like never before. It might not be comfortable, but these actions will have consequences.