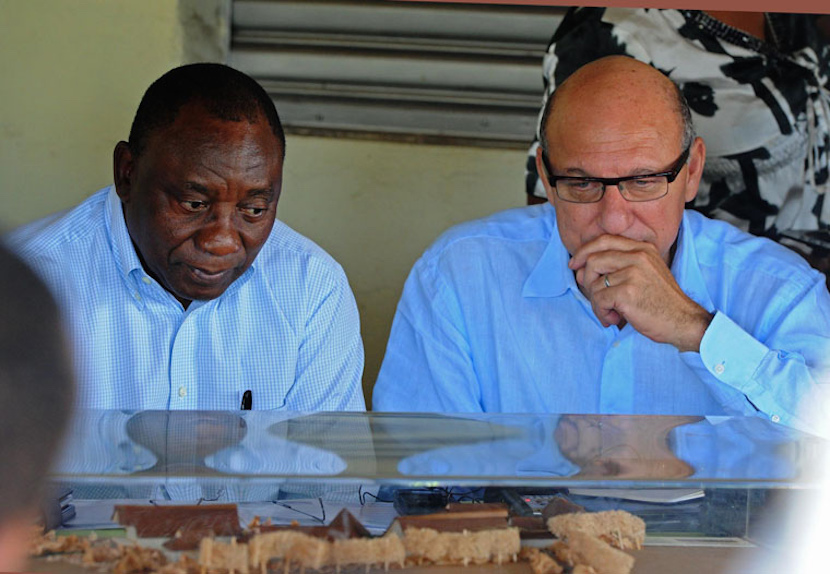 He’s been reporting from Parliament for more than 20 years, and Donwald Pressly, currently the editor of Cape Messenger, has sent his first contribution to Biznews. Pressly looks at the National Planning Commission and how it’s developed since the days of Trevor Manuel and Cyril Ramaphosa. The NPC was instituted to provide policy advise to the President, but has been loaded with quislings, looney-lefties and believers in centralised state planning, according to Pressly. He also questions the role of current chairperson, minister in the Presidency Jeff Radebe, as all the noticeable outspoken members have left and doesn’t expect any miracles from this body now. – Stuart Lowman

President Jacob Zuma met the new team at the national planning commission last week. He has finally reduced this body – which showed so much promise under the initial inspiration and chairmanship of Trevor Manuel and then Cyril Ramaphosa who developed the national development plan – to a toy telephone.

The new team, appointed last September, doesn’t include many names which ring out as independent and wise thinkers, least of all its chairperson, Minister in the Presidency Jeff Radebe. Never a more staid and dull politician can you find. Since the death of his adviser Dr Ian Phillips nearly 10 years ago – when the minister announced that he had lost his brain with the loss of his friend to Aids – Radebe has marched through the posts of transport minister, justice minister and then Minister in the Presidency like uninspiring clockwork.

Radebe now appears to have the ear of President Jacob Zuma. This was not always the case. They were once at electoral loggerheads in KwaZulu Natal where Radebe was southern KZN chairperson when Zuma was provincial leader. But since those heady days of the 1990s, Radebe has shown no signs whatsoever of impendence. One could say he is a puppet of the president. So much so that he has been viewed as the perfect person to conduct the post cabinet media briefings. His laboured manner is obviously exactly what the president orders: dull, un-newsworthy humbug briefing after briefing.

Read also: How do we get Cyril, Jeff to grow a pair?

Gone are the noticeable outspoken people like Professor Anton Eberhard of UCT – an Eskom and energy expert – Cyril Ramaphosa himself and Bobby Godsell, chair of Business Leadership SA. Although Elias Masilela – previously of the Public Investment Commission (PIC) is on the board, there are few people outside the ANC apparatchik frame (an apparatchik means a deeply loyal member of the old Communist Party in Russia. An apparatchik of Eskom, for example, will be an extremely loyal member of the organisation who obeys his (or her) bosses come hell or high water).

The new national planning commission is loaded with quislings, looney-lefties and believers in centralised state planning. We won’t name the quislings because that would be nasty. So just who is on the committee? The deputy chairperson is Professor William Makgoba. Some would argue that he turned the University of KwaZulu Natal into a war zone during his incumbency as VC. But then one would not venture there. Then there is former Western Cape ANC MEC Tasneem Essop. She is certainly married to the ruling party, but may hold some semblance of independence on environmental affairs (which is her portfolio). Prof Abdus Salam Karaan, professor of agriculture at Stellenbosch University, is highly respected in the agricultural fraternity.

But then there are a host of people one has not heard of. There are others who have long-standing ties with the ruling party. When Trevor Manuel was chair he made a great song and dance about the fact that commissioners were from all political persuasions and parties. But the new commission looks pretty much loaded with ANC hacks.

* Donwald Pressly is Editor of Cape Messenger, an online site focused on Western Cape business-related news. He has corresponded from parliament for 23 years. He is also secretary general of the Cape Town Press Club.