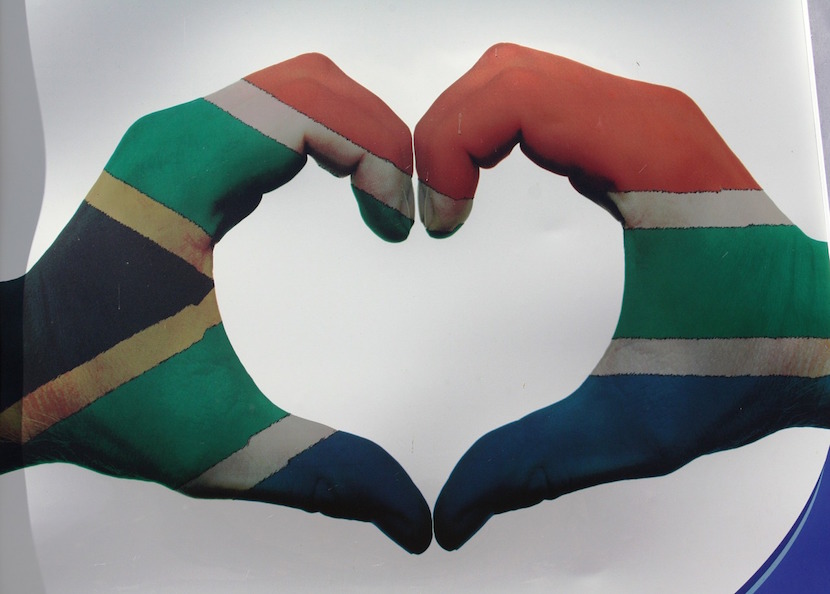 The topic of racism has reared its head in South Africa this year, and if one looks at it, there is plenty of progress and learning being made. Sensitive subjects can’t be swept under the carpet, and dialogue is good. The few that tarnish the many is a problem throughout and looking beyond them is a good yet difficult start. Trevor Jennings, the former President of Eastern Province Rugby, reflects on his holiday reading which included Ferial Haffajee’s ‘What if there were no whites in South Africa’ and Eusebius McKaiser’s ‘Run racist run: Journeys into the heart of racism’. His lightbulb moment came while reading McKaiser’s book, saying it’s time for white people to talk about other white people. And while he still believes South Africa will become a light for the rest of the world, it’s time to start the tough conversation. – Stuart Lowman

Once again racism is front-page news. Once again it threatens to upset the project of building a new South Africa, of undoing what has been achieved, of unraveling the sacrifices made by many.

At the South African Christian Leaders Assembly (SACLA II) held in Pretoria in 2003 thousands of Christian leaders, from all walks of life, identified racism as one of the seven giants that could destroy our new rainbow nation. What has happened since then – did we fall asleep at the wheel? Is the rainbow nation dead?

During the Christmas recess I read two very interesting books: “What if there were NO WHITES in South Africa” by Ferial Haffajee and “Run racist run: journeys into the heart of racism” by Eusebius McKaiser. It opened my eyes. I don’t agree with everything they say but I cannot deny their experience. It’s a perspective that – if I listen closely – challenges who I am and my place in this country.

I was struck by Markus Trengove’s comment as quoted by Haffajee in her book (page 167 – Trengove was one of the white students arrested at the UCT #FEESMUSTFALL campaign in 2015). On social media he said the following: “I benefitted from the injustices of apartheid. Although I did not choose it, my race, my gender and language have allowed me to inherit certain privileges. The right response is no longer to bury my head in shame. The right response is not to try to guard these privileges. The right reaction is to admit that there is an enormous injustice, but that my privilege has put me in a good position to remedy it. That is my privilege. That is my duty.”

McKaiser in turn suggests that whites should stop relying on their black brothers and sisters to solve their racial problems. Whites need to sort this out amongst themselves.

With these insights (being white, male and Christian) I decided to ask some awkward questions at a braai and around a restaurant table during the holidays. I wanted to test this “whiteness” thing. It nearly cost me some of my best friends! I was even severely reprimanded for raising the subject. Race issues were seen as “politics” and that wasn’t on the approved list of holiday topics. I was amazed. My people seem to know very little about our history and the current challenges we face; about how others have experienced the transition and what needs to change. What a challenge? Where to start?

To me that was a lightbulb moment. I agree with McKaiser – it’s time for white people to talk to other white people. It is time to think out of the box. My instinctive response was to act (we must do something); my first thought was getting white people together to talk about racism. Let’s have a “whites only” workshop that addresses “whiteness”, “(un-earned) white privilege”, “decolonisation”, “guilt”, “reconciliation”, “inequality” and the other associated concepts and practices that need unpacking.

However, every time I play the “whites-only” bit out I hit a dead-end. Whites must talk about why our brothers and sisters still believe we are racist. Yet such a conversation (whites-only) excludes the very people who are telling us that they feel nothing has changed. Would we not be perpetuating racism – just in a more sophisticated form? Honestly, I don’t have a clue as to where to go from here.

The one thing I do know is that the situation isn’t getting better, fast. So it’s time for something different. Some people may disagree – that’s only natural – but what’s the better solution? Can we afford to do nothing?

Maybe, with the upcoming local elections, this timing is perfect as we’ll see the race card played many times over in the next few months. Project South Africa cannot allow a few desperate politicians and ignorant individuals to destroy the enormous goodwill that already exists.

By the same token white people cannot keep responding to others’ real experiences with the “yes- but” arguments – “its-not-me-its-other-whites”; “it’s-history-time-to-move-on”; “all-people-are-racists”; “blacks-are-just-as-bad”; and “economics/leadership/government/politicians-are-to-blame”. Whites need to own “whiteness”. We have to start by understanding why our fellow South Africans still experience racism as a daily reality. We have to understand our personal role in allowing that to happen. In my view, racism has to become a personal thing to whites if we are ever to deal with it seriously.

So I don’t know how we go forward, but at the very minimum let’s begin a conversation. Let’s begin to talk about “whiteness” irrespective of how upset you are with the status quo and how much you disagree. Let’s START the conversation.

I still believe that our country will become a light to the rest of the world. This is a unique opportunity to extend the struggle and find ways to embrace our diversity and deal constructively with one another. We have work to do.

*Trevor Jennings is from the Transformation Christian Network and is the former President of the Eastern Province Rugby Union. He can be contacted at [email protected].