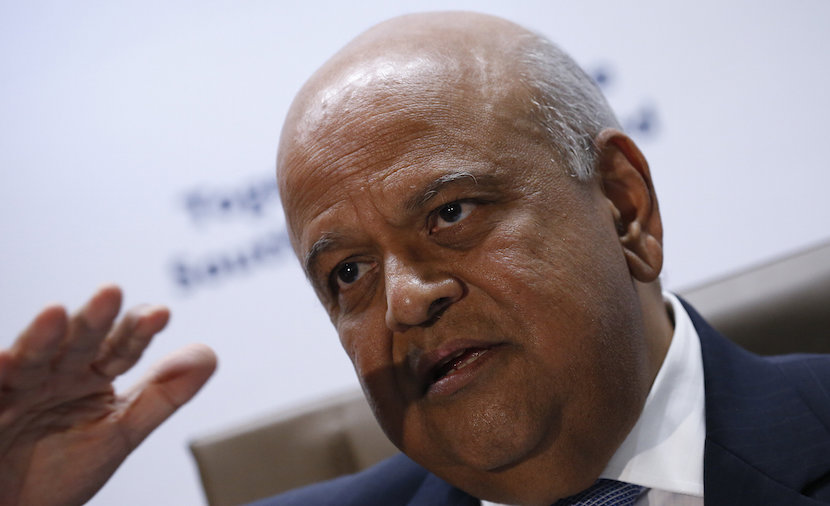 When Pravin Gordhan left office, his longtime colleagues at the South African Revenue Service were soon after ejected from the tax collection unit. The key weapon used at the time was the supposed existence of a “rogue spy unit”. But since Gordhan’s reappointment, the case for his dispatched colleagues, as well as himself, has been strengthened by the Press Ombudsman’s ruling the allegations were without substance. The big question since has asked when, and if, Gordhan would follow this up and reinstate the dispatched colleagues. Donwald Pressly cuts straight to the chase, saying Pravin has no option but to fire the current commissioner at SARS Tom Moyane, as the rogue spy investigation has no base, which he ordered, while Moyane was a political appointment at the time. – Stuart Lowman

26 January 2016 –  It is quite clear that South African Revenue Service Commissioner Tom Moyane is President Jacob Zuma’s man. He was appointed by him. Just like a myriad of appointments made by the president to state bodies, Moyane can be expected to do the president’s bidding.

There was a lot of talk – at the time of the unfortunate appointment of Des van Rooyen as Finance Minister in December last year – that the director general of the Treasury, Lungisa Fuzile, who is not a Zuma man, would get the axe. But as soon as Gordhan was back in the hot seat, so to speak, Fuzile was safe. Gordhan declared him a jolly good chap, so he now is politically protected.

Getting away with madness

Had the president got away with the madness over Van Rooyen, Moyane would today be safe and Fuzile would be unsafe. But the political game in the ruling ANC has changed. Moyane is now on the back foot and he is fighting for his job (as is the president).  In the case of the treasury and its related institutions, like SARS, Gordhan needs to be listened to. He doesn’t want Moyane to restructure SARS, which means that more top independent people will lose their jobs. It is as simple as that. If Moyane gets his way, it will be bad news for Gordhan and bad news for the good people in government. It will be bad news for the nation.

For the sake of South Africa and the integrity of SARS – which has had a good reputation  of being fair and balanced thanks to the hard work put in by Gordhan when he was SARS commissioner from 1999 to 2009 –  Moyane must move on. One can’t have a senior official of government dictating terms to the political principal, being Gordhan. Already ten officials at SARS have resigned – including a former acting commissioner Ivan Pillay – in the last eighteen months. (It just so happens that Moyane was appointed in September 2014.)

We will, perhaps, never know exactly what went on in SARS. Talk of a rogue unit – allegedly connected somehow with Gordhan – which was meant to undermine President Jacob Zuma. It has been  dismissed as a fiction by Gordhan. Even Gordhan’s former right hand man, SARS spokesman Adrian Lackay, resigned his job in protest over the rogue unit debacle. He told a parliamentary committee last year that there was no rogue unit at SARS and it had never spied on President Zuma. There was much evidence that an investigating unit at SARS played a key role in probing a number of prominent tax dodgers.

Read also: Helen Zille: Get your grubby paws away from SARS, Mr President

Gordhan said at a press conference in Pretoria on December 14 (the day after his reappointment to his old job) that the KPMG investigation ordered by Moyane into the rogue unit – had no foundation. “They are based on a leaked document that even I haven’t seen.”

Moyane wouldn’t divulge the details of the report at parliament last year. He did say, however, that there was an “operation of (a) national research group and the high risk investigation unit” which worked in a covert manner and created a climate “of fear, intrigue and subterfuge” within the service.

* Donwald Pressly is Editor of Cape Messenger, an online site focused on Western Cape business-related news. He has corresponded from parliament for 23 years. He is also secretary general of the Cape Town Press Club.