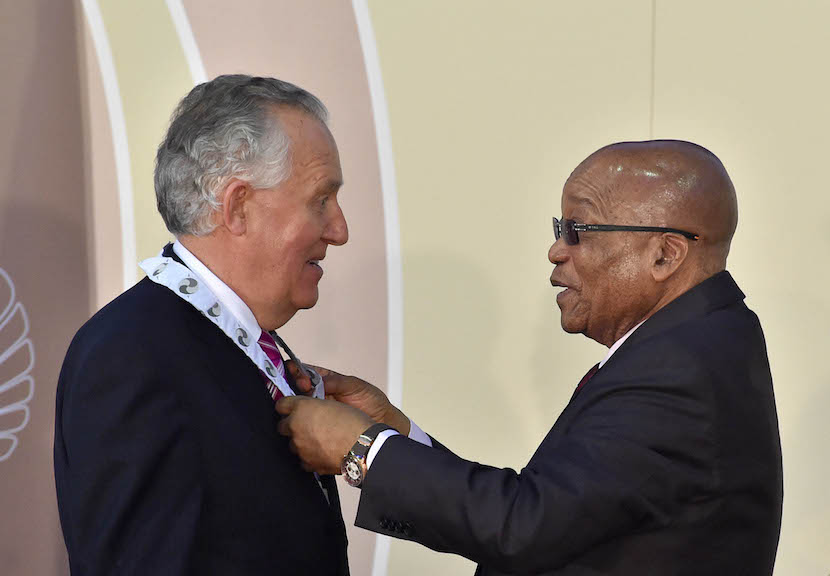 Many around the world see South Africa as more than a country. To them it is an idea, a possibility of greatness embodied within the human condition and personified by the late Nelson Mandela. A place where miracles happened, where the generosity of the human spirit overcame its base instincts and averted the inevitability of another Syria. South Africa’s peaceful transition gave hope to idealists everywhere that miracles remain possible. But in many parts of the world that idealism has turned into righteous indignation. As Financial Times columnist Gideon Rachman put it so well when interviewed in Davos, the negative feelings about President Jacob Zuma picked up on a visit to SA a year ago, “have filtered out of the country now”. Anti-apartheid icon Peter Hain, for decades one of the ANC’s greatest admirers, has added his voice to the growing crescendo. Here is a precis of Hain’s opinion piece published today by The Guardian newspaper and on its website, one of the best read on earth. – Alec Hogg

Published in The Guardian under the headline: Mandela’s rainbow nation has gone from hero to zero. Can it reclaim his legacy?

Anti-apartheid icon Peter Hain has added his voice to those criticizing mismanagement of the beloved country by SA President Jacob Zuma. In a powerfully worded opinion piece in The Guardian, Hain says he “cannot ignore those who sacrificed so much for the freedom struggle who are now dismayed at the squandering of Mandela’s legacy.”

Last year Hain was awarded South Africa’s highest national honour, The Order of the Companions of OR Tambo for “an excellent contribution to the fight against the injustices of apartheid and unwavering support for the SA liberation movement.” But the award is now bitter-sweet for him and his famously “unwavering” support being sorely tested.

Hain writes: “The sad truth is that Nelson Mandela’s rainbow nation has, in just 22 years, gone from hero to zero. Zuma has allowed corruption to flourish until it poses a cancerous threat. Cronyism has replaced merit, not only in the public services, but in the parastatals. Unemployment among black youths is shockingly high – as much as 65%. Mandela must be turning in his grave.”

Towards the end of his piece Hain turns philosophical: “Perhaps we expected too much. Perhaps it was naive to think that the ANC – for all its moral integrity and constitutional traditions – could be immune to human frailty. But unless the ANC can forge a new social compact, SA could again become as ungovernable as it was during the bleakest years.”

Despite his disgust at the path the country now follows, Hain doesn’t believe SA is too far gone. He writes that “a vibrant civil society, forged during the anti-apartheid struggle, continues to challenge Government attempts to undermine democratic structures and processes. It is buttressed by a vigorously independent media and a noisy political opposition.”

He signs off on a positive note: “For this beautiful country remains an inspiration: marvellous to visit and joyously transformed in spite of the many challenges that remain.”