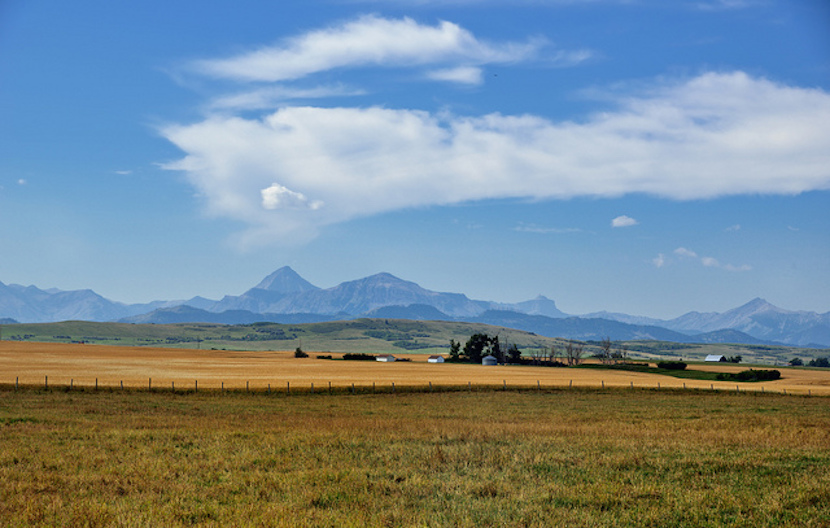 The Expropriation Bill of 2015, which seeks to amend the way government can forcibly take land, was passed in the National Council of Provinces yesterday. The one remaining cog in the chain is for President Jacob Zuma to sign it into law. The bill is set to align the expropriation process with the Constitution and make compensation a requisite. The Institute of Race Relations’ Anthea Jeffery penned the below response, saying with only a couple of changes the bill has been rammed through without proper process. – Stuart Lowman

Two days ago, the ANC rammed the Expropriation Bill of 2015 through the National Council of Provinces (NCOP) with only a couple of minor changes. Fundamental objections to the unconstitutionality of the Bill and the economic damage it will cause were simply ignored in the rush to enact it before the local government elections. Important procedural requirements were likewise brushed aside.

The Expropriation Bill was adopted by the National Assembly in February this year. Because the Bill affects all the provinces, provincial legislatures were supposed to play an important part in its adoption by the NCOP under Section 76 of the Constitution. As the Constitutional Court has stressed, the Section 76 procedure is intended to ensure to ensure that the provinces ‘fully and effectively play their role in the law-making process’.

The NCOP procedure is supposed to begin with public consultations on the bill in question, to be organised by the relevant portfolio committee in each provincial legislature. Based on the public comments received, each portfolio committee adopts a ‘negotiating mandate’ on the bill. These negotiating mandates may propose amendments, and are sent to the relevant select committee of the NCOP for its consideration.

After this, each provincial legislature must give its provincial delegate a ‘voting mandate’ telling it how to vote on the bill when the NCOP convenes in plenary session. However, if no important issues arise when the select committee votes on the bill, the final mandates already received serve as voting mandates at the NCOP plenary.

The process is supposed to give provincial legislatures ample opportunity to make significant inputs into bills with major ramifications for their regions. In the context of the Expropriation Bill, however, virtually every part of the NCOP process has been flawed.

The National Council of Provinces has passed the Expropriation Bill with the support of all provinces except the Western Cape.

In Gauteng, the IRR (for one) made both written and oral submissions warning against the unconstitutionality of the Bill and the harm it will do to investment, growth and jobs. But the Gauteng portfolio committee simply brushed aside these major problems. Instead, it noted only one concern: the Bill’s wide definition of property. However, this was a ‘safe’ point that could quickly be dismissed, as the Bill’s definition of property comes directly from the Constitution and cannot easily be challenged.

In other provinces, many important concerns were raised in the public consultation process, inadequate though it was. Many of these concerns were also reflected in the negotiating mandates issued by these provinces. The Western Cape, in particular, put forward many important amendments, including a key proposal saying that the definition of expropriation needed to be brought into line with the Constitution.

However, when the NCOP’s select committee on economic and business development met in Cape Town on 3rd May to consider these negotiating mandates, it gave short shrift to the amendments proposed. The acting chair summarily dismissed almost all the changes, including those put forward by the Western Cape, as ‘cosmetic’, ‘unnecessary’ or ‘already included in the Bill’. (The official minutes of the meeting, however, gave no inkling of the way in which proposed amendments had thus been bulldozed aside.)

Some of the provincial amendments proposed were important and could have reduced the likely damage from the Bill. However, the only change agreed was a minor amendment (from the Eastern Cape), urging that a couple of deadlines be extended by brief periods.

Five of the negotiating mandates were also invalid because they had been issued too late. Since the NCOP select committee had only four valid negotiating mandates before it on 3rd May, the Bill should then have lapsed. Instead, it was allowed to proceed despite the objections of the Democratic Alliance (DA).

Much the same happened at the final mandate stage. The NCOP’s select committee was supposed to meet on the morning of 10th May to vote on the Bill in accordance with the final mandates it had received. But only three final mandates had arrived in time, of which one (from the Western Cape) rejected the Bill. Another five final mandates came in well after the scheduled meeting, while the Free State’s one did not arrive until very much later.

However, the chair of the select committee sidestepped the problem of the missing final mandates by postponing the meeting until the following day. By then eight final mandates had come in, but five of them were late.

Again, however, these procedural problems were swept aside and the select committee – at its delayed meeting on 11th May – simply nodded the Bill through with the minor changes earlier outlined.

Since no major points were raised at the select committee’s meeting, the final mandates counted as voting mandates when the NCOP met in plenary session on 17th May. Despite the DA’s objections, the NCOP plenary simply endorsed the Bill with the same minor changes. These amendments are so insignificant that the National Assembly will have no difficulty in accepting them, after which the Bill will be ready for the president’s assent.

The ruling party and its communist ally are thus close to succeeding in pushing the Bill through Parliament before the legislature rises in preparation for the local poll.

Proper NCOP processes have been sacrificed to this ideological goal. The public consultation essential to the Bill’s validity has also been deeply flawed. Public comments on the Bill were barely sought at all, while the salient criticisms that were nevertheless received were simply brushed aside.

Public consultation of this kind is little more than a costly farce. It is also inconsistent with what the Constitution requires. This alone gives the Constitutional Court compelling reason to strike down the Expropriation Bill, irrespective of what the revolutionary alliance might want.