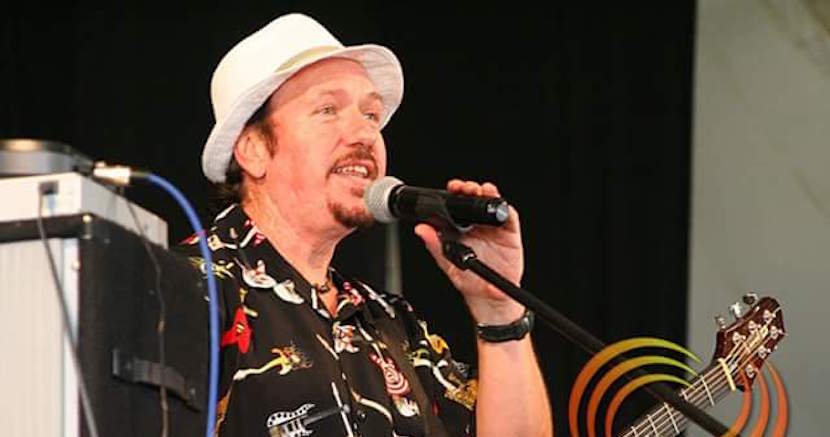 Brilliant art is being produced around South Africa, unfortunately much of it is getting lost in the noise. Here’s an example. As you will agree after reading his contribution and watching the video, Don Clarke writes beautifully, carries a tune and possesses the sharp wit endowed to only the smart ones. He is also adept with a calculator, as he proves in this open letter to Julius “Give Back The Land” Malema. But what I like most about Clarke is how, like great artists through history, he uses his gifts to deliver a simple but powerful message. Please watch the video below to the end – and then read his letter. With the likes of Don Clarke scattered around the beloved country, quietly working away, South Africa is surely set for greatness. Once it finds the courage to deal with the self-imposed challenges so common in young democracies. – Alec Hogg

AN OPEN LETTER TO JULIUS MALEMA

Howzit Boet! I hope you don’t mind me calling you Boet, but it’s a very friendly Afrikaans word. Trust me.
Now listen, I’ve been giving a lot of thought to your talk about taking back the land which white people stole from your forefathers hundreds of years ago, and I think it’s a bloody good idea. Nobody has the right to get up in the morning, scratch their arse and say: “Today I’m going to build a wooden ship and sail off to steal land.” It’s just not constitutional. So well done!

But here’s the thing. If you take back all the land from white owners, plus expropriate all the currently unused land in South Africa, I think it’s only fair that you split it equally amongst ALL South Africans. What do you say? You seem like a fair sort of chap.

Anyway, I’ve got some good news for you, because I have sat down and worked out exactly how much land each of us will get. It goes like this:

In total there are 299 974 090 acres of land in South Africa. In words, that’s two-hundred and ninety-nine million, nine-hundred and seventy four thousand and ninety acres. Ask Zuma.

Now, let’s assume that 20% of this land is not available because it is in strategic use by the state, is too mountainous, under water, or too densely forested. This leaves 239 979 272 acres.

There are approximately 53 million people in South Africa right now, but about 30% of those are under 15 and approximately 6% over 65, so only about 35 200 000 individuals could make any use of the land. Right?

Now we come to the exciting bit. If 239 979 272 acres of land were shared equally between 35 200 000 people, each person would get about 6.8 acres. Yislaaik!!! That’s nearly 7 acres per person! Let me tell you Boet, not even the biggest houses in Sandton stand on that much land!

So, thus far your idea is rock solid.

Things may get a bit trickier when your delighted followers discover that they can’t eat land. It doesn’t taste nice, and has very little nutritional value. And they may be a bit distressed to realise that there are no buildings on their land in which they can live. Or electricity and water. And there’s really no need to tell them that only 10% of the land in South Africa is arable, and some quite serious skills are required for subsistence farming. Or of course that on only 7 acres, timber growing, graze leasing, and game farming are out of the question; as is an airstrip, railway yard, general storage, and a casino or shopping centre.

Hell Boet, we don’t want to spoil your great plan because of a few minor problems, do we?

No, there’s no question about it, land is the most sensible thing you can give the people of South Africa today. It beats the hell out of education, housing, delivery of basic services, and of course, jobs. I mean, if nearly 7 acres of empty soil baking under the African sun doesn’t relieve abject poverty, nothing will. The impoverished millions will finally be able to sleep peacefully knowing that their children are well fed, educated, warm and safe. Even if the chunk of earth you supply them doesn’t come with accommodation, electricity, water and, of course, transport so that they can get to their schools and jobs. Jobs which in most cases will be many hundreds of kilometres away in distant cities. You didn’t think that all these little 7 acre plots would be close to cities did you? No, of course not. You wouldn’t be the leader of the EFF if you were that silly!

And quite frankly, who cares? Once you have got into power by promising everyone land, and you’ve delivered, what does it matter if nothing else comes with it? After all, there is nothing more bracing than a night under the stars on a mid-winter Gauteng night.

EFF leader Julius Malema has told supporters in Newcastle, KwaZulu-Natal they must not be apologetic about occupying land illegally. #NEWS

I’ve got to tell you, I’m so impressed with your highly intelligent redistribution of land policy that I’m thinking of joining the EFF myself. The only problem being that I have an extreme aversion to berets as a result of forced conscription, and red is a colour that doesn’t go well with my pink skin. But I’m sure I’ll get over these minor irritations in time.

No, I’m damned excited, and I’m really looking forward to getting my own piece of land.

Is there any chance that it can be just above Clifton Beach?

Oh, and just a word of warning. I know you are one of those very rare socialists with a lot of money, but I wouldn’t over capitalise your own plot if I was you. Just in case the DA ever come into power and take it away.

And finally, just between you and me, those who are unable to convert their 7 acres of land into a fabulous new life can always sell it back to the whites.